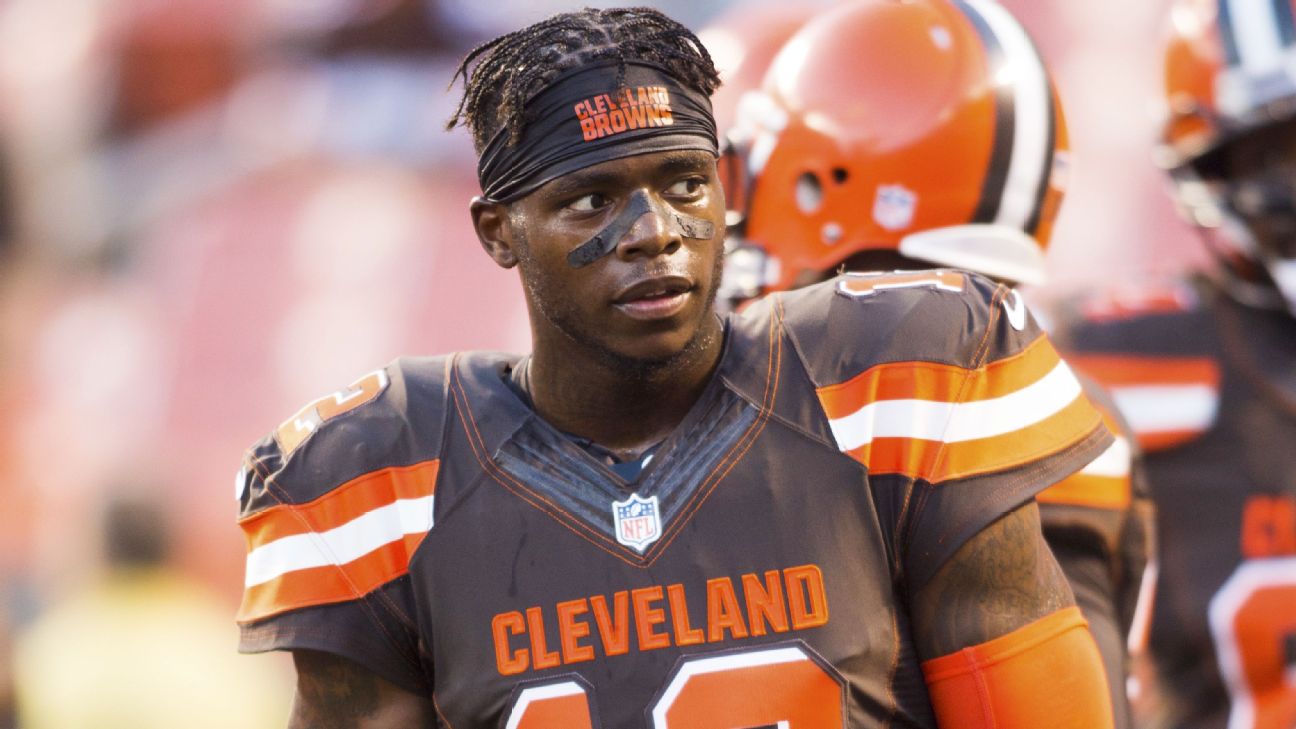 WithJosh Gordon's troubled tenure with the Cleveland Brownscoming to an end, the talented wide receiver has two places where he hopes to land if he is traded, a source told ESPN's Adam Schefter:theSan Francisco 49ers and the Dallas Cowboys.

The team announced Saturday night that it intends to release the former Pro Bowl wide receiver on Monday.Multiple league sources told Schefter on Saturday that they believe Cleveland will trade Gordon before Monday, adding that teams already are calling the Browns. A source told Schefter on Sunday that the Browns prefer to trade Gordon out of the AFC.

The Browns provided no details behind their decision to part ways with Gordon, but a source told ESPN's Chris Mortensen on Saturday that Gordon broke the team's "trust" when he reported to the facility Saturday with a hamstring issue after being a full participant in practice all week.The source said there were other "mitigating factors" inclusive of current and past incidents.

While Gordon has no say in where he is traded, sources told Schefter that Gordon is hopeful that it's to a place that can provide the support and understanding he needs.

At least 8 to 10 teams have called the Browns inquiring about potentially trading for Gordon, according to ESPN's Josina Anderson.

Gordon's immense talent has been overshadowed by substance abuse that has derailed a promising career. He has been suspended by the NFL for most of the past four seasons because of multiple drug violations, and the Browns have been supportive of him for years as he has tried to turn things around.

"This afternoon we informed Josh Gordon and his representatives that we are going to release him on Monday," general manager John Dorsey said in a statement Saturday. "For the past six years, the Browns have fully supported and invested in Josh, both personally and professionally and wanted the best for him, but unfortunately we've reached a point where we feel it's best to part ways and move forward. We wish Josh well."

Gordonposted an Instagram story later Saturday in which he thanked the Browns and their fans.

"Huge s/o to the city of Cleveland," Gordon wrote. "This place will always feel like home to me.. I'm extremely honored and blessed to have been able to grow up and start a life amongst such a passionate and motivated group of individuals.. It's been a hell of a journey with you guys. I wish all of you nothing but the best.. Thanks to the @ClevelandBrowns organization for having me, I'll never forget my time here.

He ended the post by writing, "P.S. Anybody need a deep threat WR??"

Gordon is a vested veteran and is not subject to waivers. If he is cut by the Browns, he will become a free agent. If another team trades for Gordon, he will play this season for his minimum salary and can be tendered after the season.

The Browns declared Gordon out earlier Saturday because of a hamstring injury and left him in Cleveland before the team departed for New Orleans to play the Saints on Sunday. Gordon had not been on the injury report all week.

A source told Schefter that Gordon hurt the hamstring at a promotional shoot, not at practice. The event was not sponsored by the team but was for a line of products, possibly clothing, that the wide receiver was endorsing, the source said.

Gordon, 27, missed three weeks of training camp this summer to undergo counseling and treatment, and he recently said he was in a good place mentally and physically.

He played in last week's season opener against Pittsburgh, his first appearance in a Week 1 game since 2012, when he was a rookie.

Gordon was expected to have an expanded role Sunday against the Saints after being targeted only three times in a tie with the Steelers. He caught a game-tying, 17-yard touchdown pass in the fourth quarterbut was mostly used as a decoy.

He started the opener despite coach Hue Jackson saying Gordon wouldn't be on the field for the first snap as punishment for missing camp. Jackson blamed Gordon's appearance on the first play to a "mistake'' and "miscommunication.''

Jackson refused to elaborate on the situation this week, saying he and the coaching staff wanted to "move on.''

Gordon emerged as one of pro football's most dynamic players in 2013, when he led the NFL with 1,646 receiving yards and scored nine touchdowns. Gordon missed the 2015 season because of a drug suspension and opted to spend 2016 in rehab.

He sat out the first 11 games last year before returning for Cleveland's final five games.

The Browns selected Gordon in the 2012 supplemental draft despite his background of drug use at Baylor.

Cleveland brought in free agent Dez Bryant for a visit last month during training camp, but the two sides failed to reach a deal. 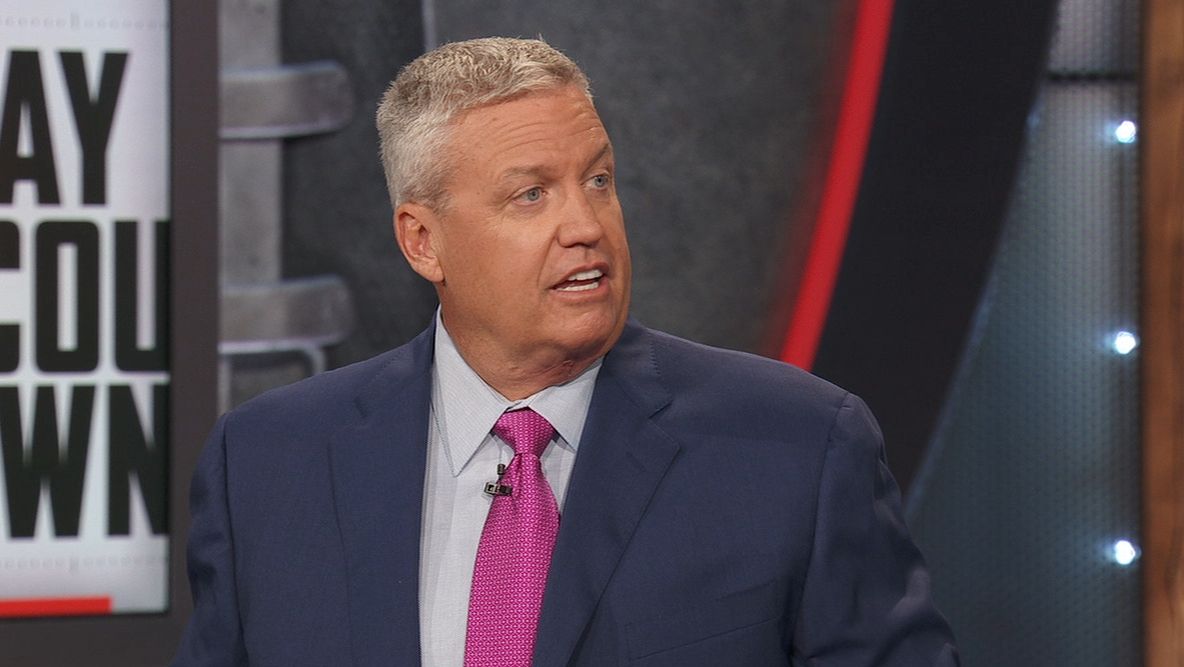 Rex would take a chance on signing Gordon
Rex Ryan and Randy Moss weigh in on Josh Gordon's future in the NFL after the Browns announced their plans to release the WR. 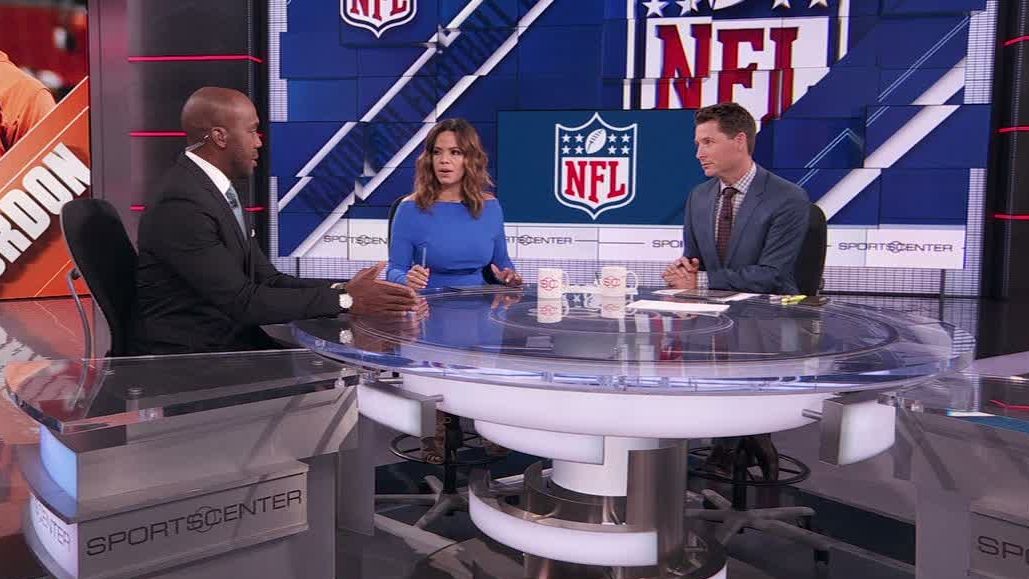 Why did the Browns decide to part ways with Gordon?
Louis Riddick breaks down Cleveland's decision to cut ties with Josh Gordon. 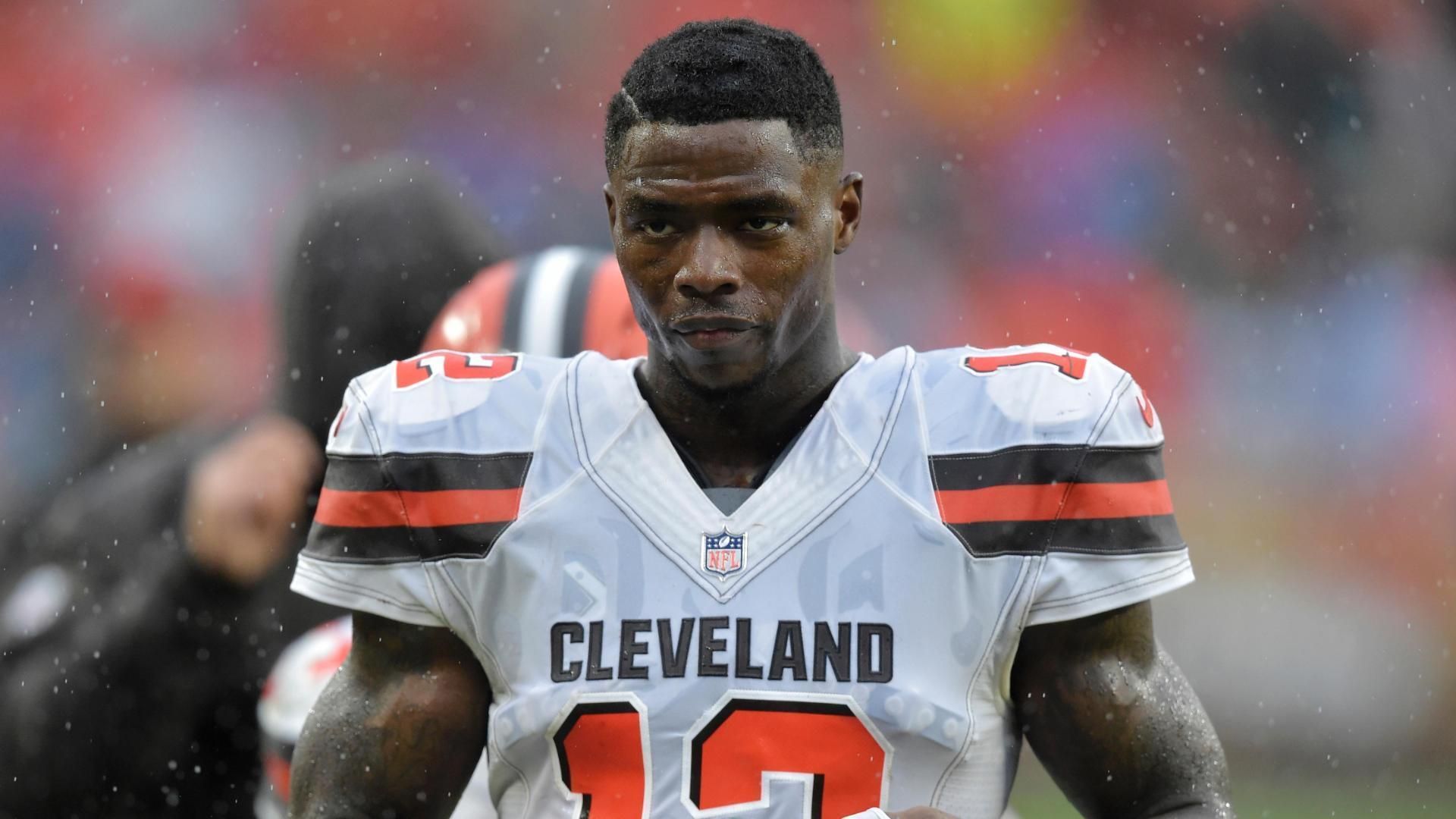