Bulls hold meeting to clear air after loss to Magic 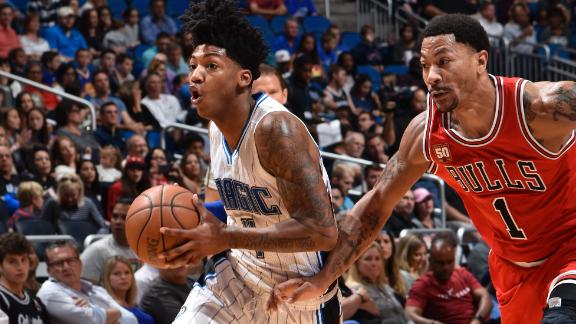 Coming off their most disappointing loss of the season, the Chicago Bulls held a pre-practice meeting between players and coaches and "aired some things out," coach Fred Hoiberg said Sunday.

The Bulls lost to the Orlando Magic 111-89 Saturday, dealing their playoff hopes a serious blow. Chicago is now 36-36 and two games behind the Pistons for the final playoff spot in the Eastern Conference.

The road doesn't get any easier either. On Monday, the Bulls face an Atlanta Hawks team that is 8-2 in its last 10 games to surge to third in the conference. Bulls forward Mike Dunleavy called this a "do-or-die week," but after Saturday's loss he said there are no easy answers to what ails the team.

"It's just a lot of stuff. To say it's like one thing we're not doing right and that would solve everything, that's just not the case," he said. "It's a bunch of stuff we're struggling with. Not only with effort, but execution and discipline and continuity. You can go through the whole thing. So from that standpoint I can't sit here and say it's one thing, or we're not playing hard enough. We need to do everything better."