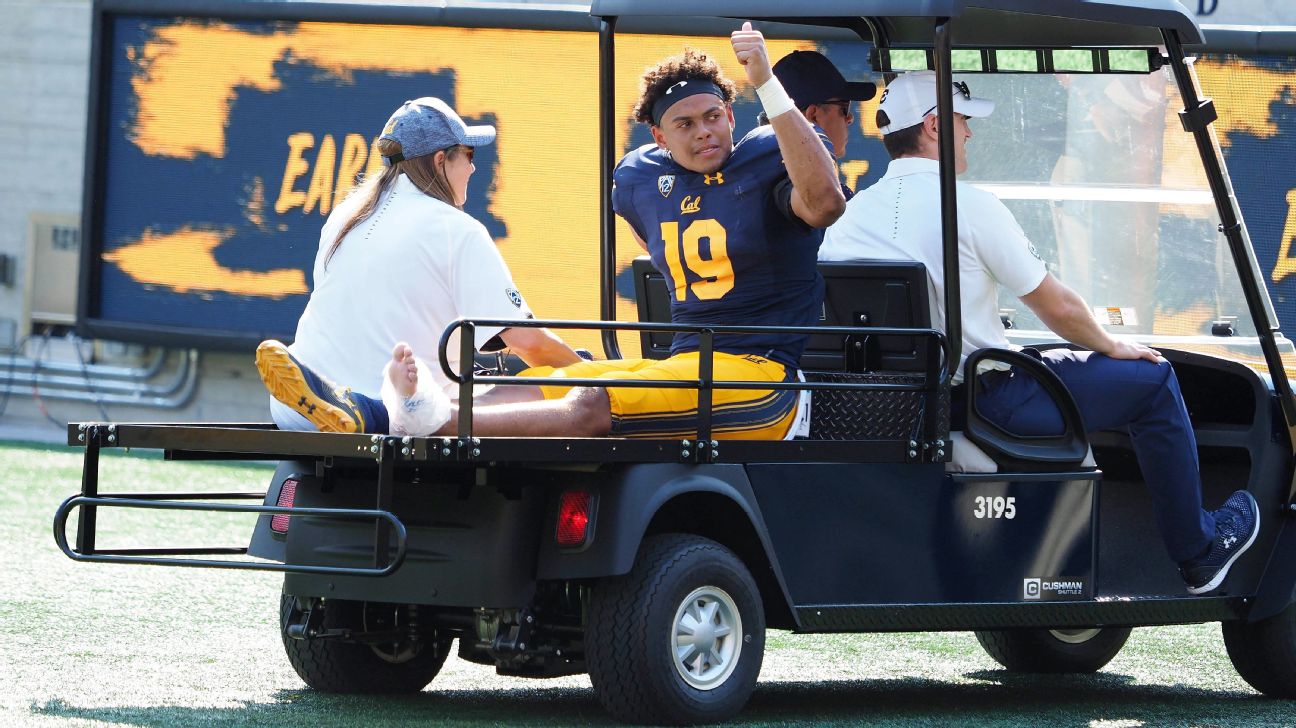 Callinebacker Cameron Goode will miss the rest of the season with a lower-body injury, coach Justin Wilcox announced Wednesday.

Goode, a third-year sophomore, had an interception return for a touchdown in Cal's season-opening win overNorth Carolinabut suffered the injury later in the game. He did not appear in Cal's next two contests. Goode also suffered a season-ending injury in 2017 after starting Cal's first nine games, recording an interception returned for a touchdown againstOle Missas well as 46 total tackles (5.5 for loss), three pass breakups and a forced fumble.

Cal plans to apply for a sixth year of eligibility for Goode since he redshirted in 2016 and only played in the one game this year.

Cal expects Goode to be fully recovered for spring practice in 2019.

"It's an unfortunate part of this game," Wilcox told reporters Wednesday. "I really feel for him because he puts a lot into this game. ... He'll go through that process of not being able to play this year. After that, it's a pretty short window, then you start working toward what's next."