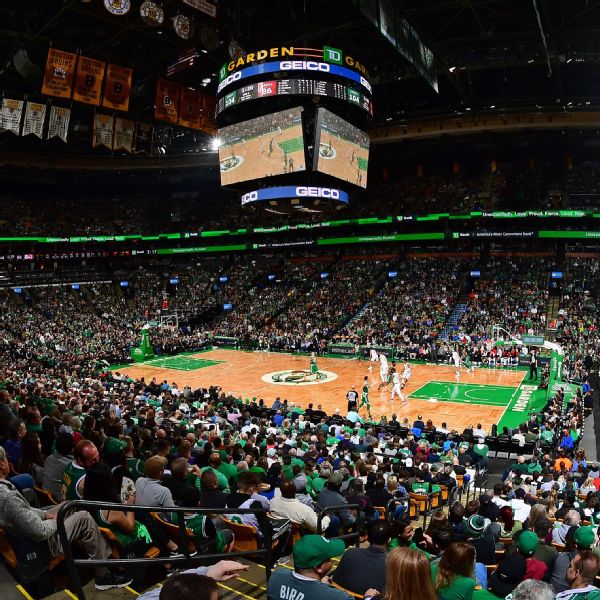 BOSTON -- The Boston Celtics issued a statement Friday explaining their decision to ban a fan for two years for being verbally abusive toward Golden State Warriors center DeMarcus Cousins at a game between the two teams at TD Garden in January.

"On January 26, we were alerted by DeMarcus Cousins that a fan had used racially offensive language towards him. Immediately upon receiving the complaint, the fan, who was a minor, was ejected," the team said in the statement. "The following day, per our policy regarding any reported fan behavior complaint, the team initiated an exhaustive investigation of the incident that included reviewing video from multiple angles and identifying and interviewing numerous fans, security personnel, and police in the immediate vicinity.

"In the course of this investigation, we were able to conclude that the fan had been verbally abusive toward the Golden State bench, but none of the interviewed parties were able to verify the use of racially offensive language, and video evidence proved inconclusive. Based on our investigation, the fan was issued a two-year ban from all Celtics games, and is also subject to lifetime probation pursuant to our policy. The punishment for any corroborated discriminatory language used towards any player, employee, or fan at a Celtics home game is a lifetime ban.

"We were in contact with the Golden State Warriors through this process, sharing our action plan and the final discipline. We express the deepest regrets that this incident happened to DeMarcus, as such behavior violates everything the Boston Celtics have always stood for."

Yahoo! Sports reported Thursday that Cousins had been the target of racially offensive language by a fan during the game. Golden State won 115-111.

League sources said the Celtics spoke to, among others, the police officers who were near the Warriors' bench, Golden State's security personnel and fans in the vicinity of the incident in order to try to discern what happened. And though the team could not independently corroborate what Cousins said he heard, Boston by no means absolved the fan of wrongdoing, or said Cousins was wrong about what happened.

But, absent the ability to have independent verification of what happened -- beyond the fan being verbally abusive, which everyone could agree with -- the decision was made to give the fan a two-year ban, along with the lifetime probation after that.

Earlier this month, the Utah Jazz banned a fan for life after he was involved in a verbal back-and-forth with Thunder guard Russell Westbrook and video surfaced of the incident. The team then banned a second fan for life for calling Westbrook "boy" last season, after video of that incident also came to light.

Before Friday's game against the Indiana Pacers, Celtics coach Brad Stevens addressed the situation about the fan at TD Garden.

"I think this is one particular fan," Stevens said. "I heard that night that something had been said and I knew everybody in charge here was taking it really seriously. I had not heard the results of the investigation or the decision until last night when they broke the news. I talked a little bit more to our people with the Celtics this morning.

"It's disappointing any time there's a negative fan interaction. Most fan interaction that I've been a part of, what I would say is 99 percent of it's good-natured ribbing back and forth. But there's no doubt that this isn't the first time that a fan has crossed the line, and it's not the only time this year obviously in the NBA, and those are disappointing things.

"Hopefully it's a reminder for everyone here and everywhere else: Cheer for your team, cheer loudly, enjoy it. Hopefully appreciate the guys on both sides." 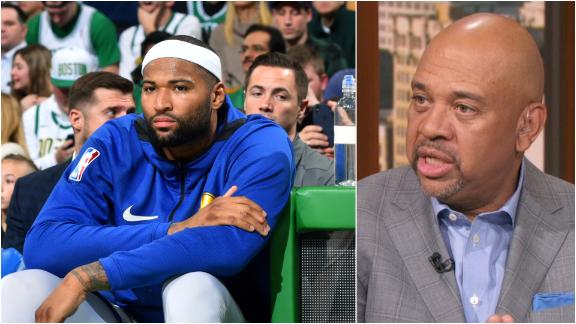