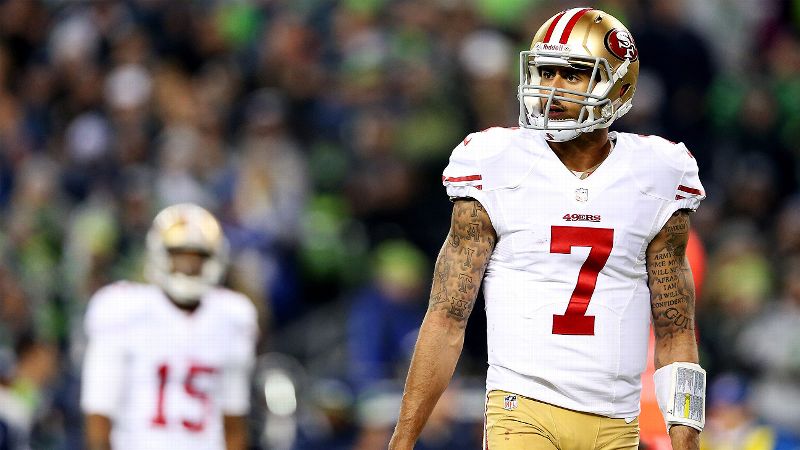 San Francisco 49ers quarterback Colin Kaepernick and two other NFL players are being investigated by Miami police for an incident earlier this month at a Miami hotel.

Police, contacted on Thursday, confirmed that there is an investigation but would not describe or categorize the exact nature of what they are looking into.

According to an incident report filed with Miami police on Friday, an unnamed woman said she had an encounter with Kaepernick, 49ers wide receiver Quinton Patton and Seattle Seahawks receiver Ricardo Lockette on April 1 at the Viceroy in downtown Miami. The woman told police she spent time with the three players, drinking and smoking marijuana in Lockette's apartment and eventually ending up in a bedroom with Kaepernick.

In a statement released by the 49ers on Thursday, general manager Trent Baalke said the team was aware of the report and "is in the process of gathering the pertinent facts."

The Seahawks also released a statement Thursday, saying the team was aware of the situation and "is monitoring it closely and will not have any further comment at this time."

Much To Learn Still In Kaepernick Investigation
ESPN legal analyst Lester Munson discusses the news that Colin Kaepernick, Quinton Patton and Ricardo Lockette are being investigated by Miami police for an incident earlier this month.