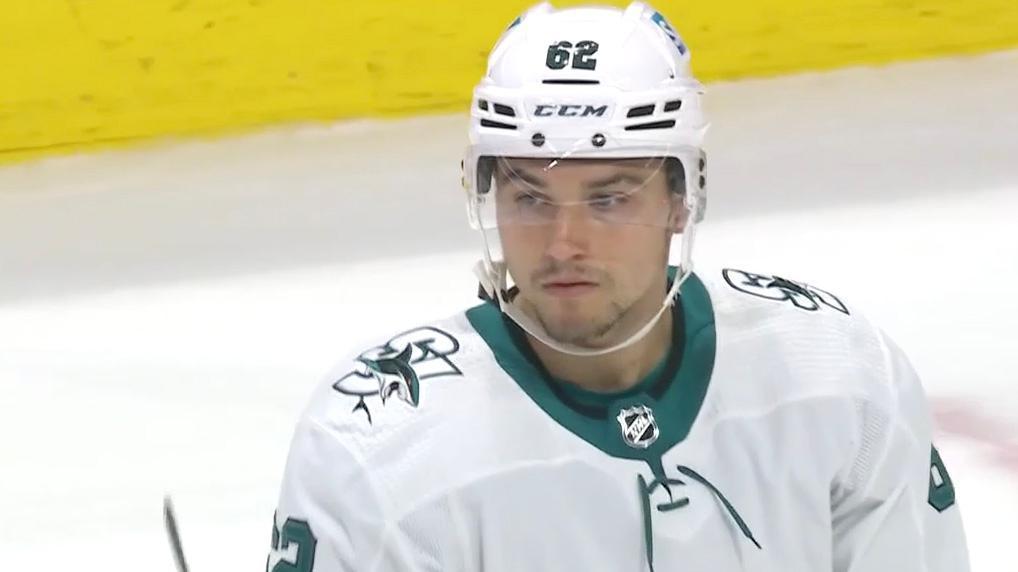 OTTAWA, Ontario -- - Logan Couture and Kevin Labanc scored in the second period and James Reimer made 30 saves in the San Jose Sharks' 2-1 victory over the Ottawa Senators on Thursday night.


"Again it was our compete level," Reimer said. "It probably wasn't the prettiest third period, but we grinded and so many guys were blocking shots, sacrificing the body, taking hits. It was a pleasure to watch."

Drake Batherson scored for the Senators.

Brady Tkachuk and goaltender Matt Murray made their season debut for Ottawa. Tkachuk, who signed a new contract last week, assisted on Batherson's goal. Murray made 22 saves after missing the first three games with the flu.

"It was good to get out there," Tkachuk said. "It would have been better with a win. You take the positives and negatives from the game and learn from the negatives."

Despite allowing the first five shots of the game, the Senators opened the scoring on their first shot when Batherson beat Reimer midway through the first.

San Jose tied it early in the second period. Couture was left all alone at the corner of the crease and took a pass from Brent Burns before quickly going to his backhand and scoring into an open net.


Labanc made it 2-1 on a power play with 5:24 to go, beating Murray with a one-timer from the faceoff circle.

Senators forward Shane Pinto went down in the first period after taking a hard hit from Sharks defenseman Mario Ferraro. Pinto looked to be in significant pain as he left the ice with an apparent shoulder injury. He returned for a shift in the second period, but left again and did not reappear.

"He was pretty sore but there was nothing structural, but we'll see how it is in the morning," Senators coach DJ Smith said.

Sharks: At Toronto on Friday night.