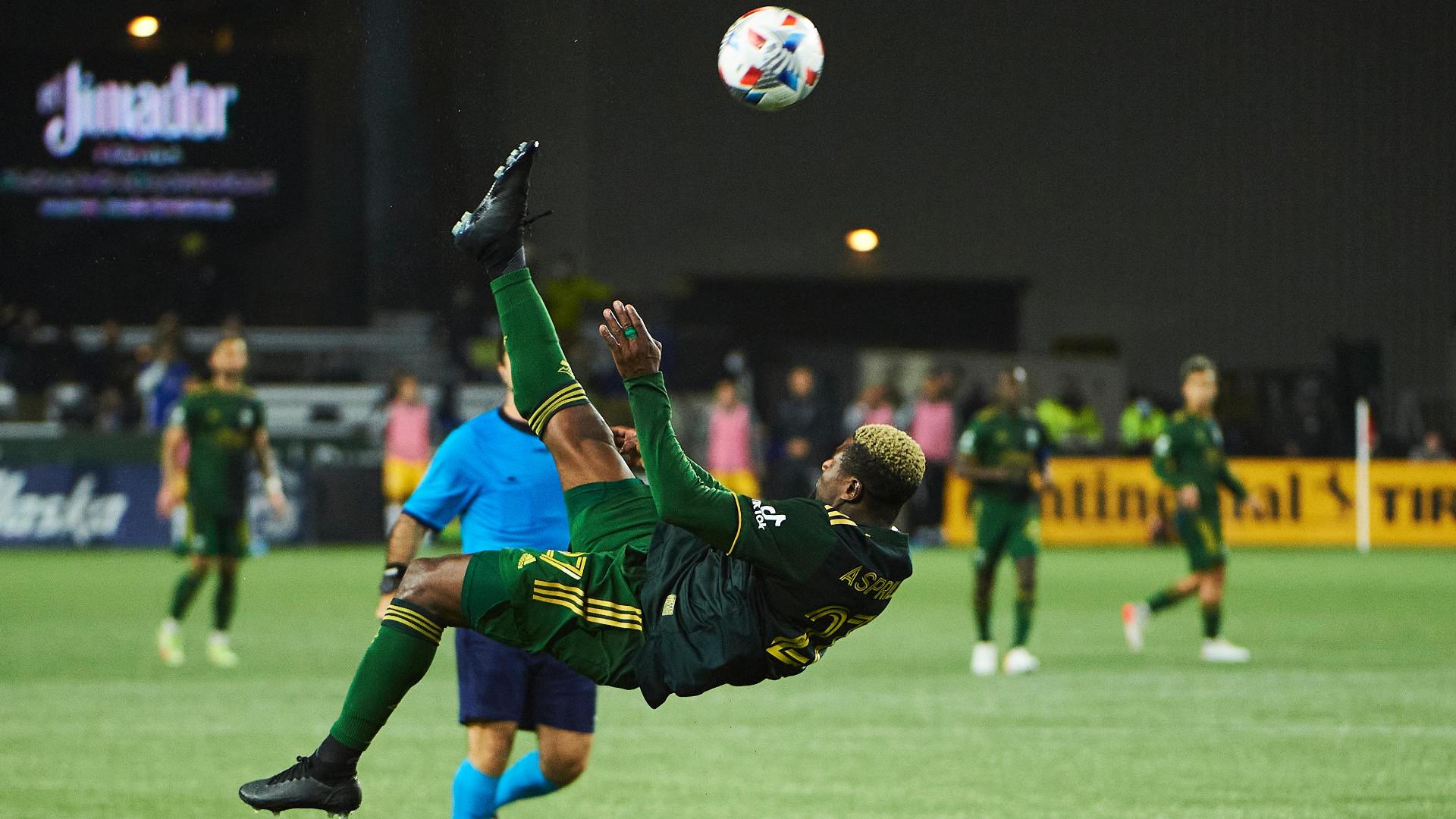 Dairon Asprilla's highlight-reel bicycle kick with his back to the goal was the play of the night in the Portland Timbers' 2-0 win over the visiting San Jose Earthquakes on Wednesday night.

Asprilla took advantage of a ball San Jose goalkeeper JT Marcinkowski couldn't control, created some space and, not looking at the net, kicked the ball over his own head with as much force as he could. The chip shot eluded Marcinkowski and gave the Timbers a two-goal lead in the 55th minute.


The Timbers (15-13-4, 49 points) ended a three-match losing streak and moved into sole possession of fourth place in Major League Soccer's Western Conference with only two games to play in the regular season. The conference's top four seeds earn a home postseason match.

Diego Chara also scored for Portland, his goal coming in the 34th when Felipe Mora centered to him for a re-direct into the net.

The Timbers, after solving the Earthquakes' tight-marking defense early on, had numerous chances to extend their lead, but Marcinkowski was up the challenge. The best of those was substitute Sebastian Blanco's fake that caused his defender to trip and fall, then a shot that was saved followed by two rebounds that were cleared away.

San Jose (9-13-10, 37 points) was eliminated from postseason contention with the loss. The Earthquakes cannot catch any of the contending teams ahead of them with only two games left in their season.


San Jose was close to scoring early on when Javier Eduardo "Chofis" Lopez tried to catch Clark off his line with a long ball from beyond midfield. Clark was able to hustle back and keep the ball out of the net.

Asprilla's goal, after which he drew a yellow card for an excessive celebration, was his 10th of the season.