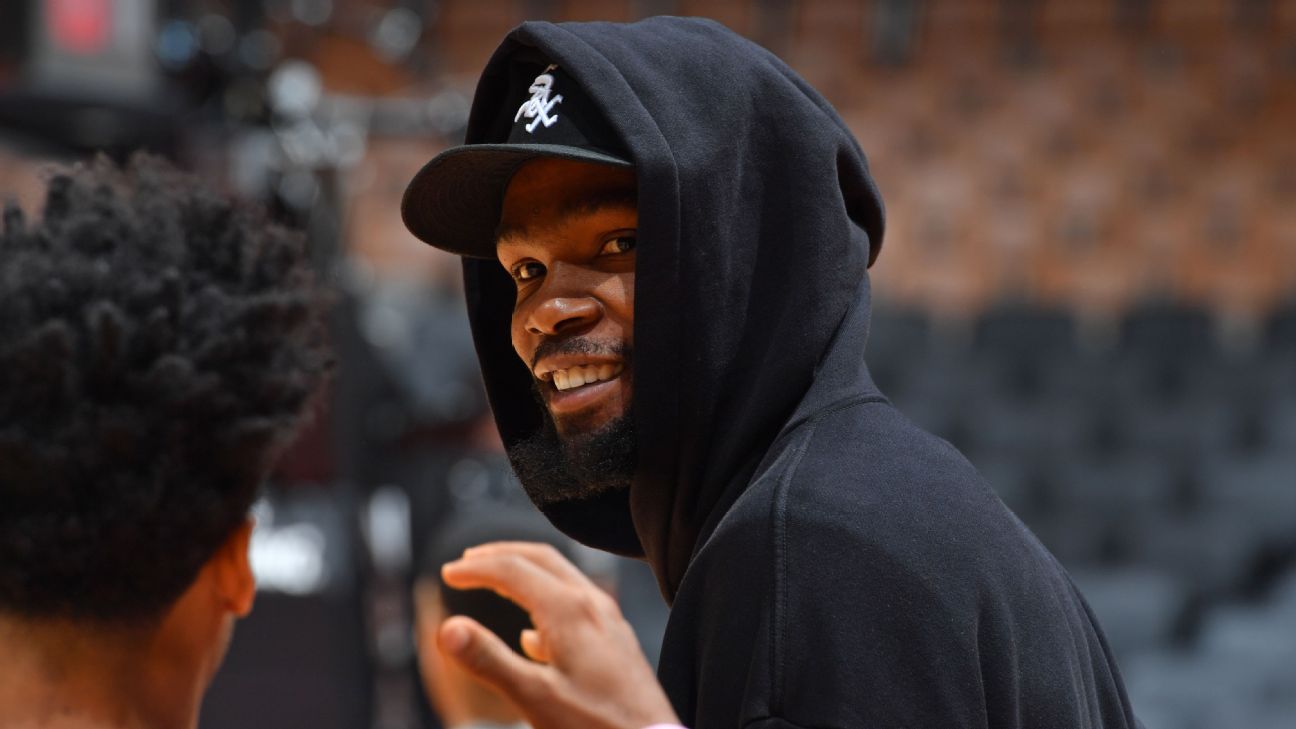 TORONTO -- The Golden State Warriors have listed forward Kevin Durant as questionable for Game 5 of the NBA Finals against the Toronto Raptorson Monday.

The news comes after the Warriors star practiced with his teammates for the first time since injuring his right calf on May 8 against the Houston Rockets in the Western Conference semifinals. Coach Steve Kerr was optimistic that Durant could play Monday if he went through Sunday's practice without any issues.

"He's going to practice with us today," Kerr said prior to the practice. "And he'll get some extra work in with some of our younger players. We'll gauge it from there."

If Durant did get substantial work in Sunday, it wasn't much. On top of the fact that Durant walked to the floor after the rest of his teammates, once cameras and media left the arena bowl, he was one of the first players back into the Warriors' locker room after the team's brief workout. The 30-year-old reappeared a few moments later with two big ice packs wrapped around the lower part of his right calf and his right Achilles tendon. He walked toward the team bus with assistant coach Mike Brown and a couple of members of the Warriors training staff.

The Warriors were hopeful that Durant would be able to make his return to action in Game 4, but he had not been cleared for practice up to that point. With Golden State facing a must-win game Monday, down 3-1 to the Raptors, Kerr and his staff are holding out hope that Durant will be able to return. Kerr acknowledged being more hopeful about Durant's condition, given the extra work he was scheduled for Sunday afternoon.

"Yeah," Kerr said. "Because what he's going to do today he hasn't done. He's doing more today, and then we'll know more after that."

The Warriors likely will have a shootaround Monday morning, as they regularly do, which would give Durant another chance to test his calf injury.

"The hardest part about being an athlete is going through injuries," Warriors All-Star swingman Klay Thompson said. "Especially when your team is playing for a championship. It sucks. I feel for Kevin. I know what type of competitor he is, and we obviously miss him dearly. But whether it's tomorrow or Game 6, we just have to do everything in our willpower to help him get back. If that's win a game and be patient, then we got to go do that."

Thompson said he does not think it will be difficult to integrate Durant into the offense, even after he has missed so much time.

"He will be very welcome, I'll say that much," Thompson said. "I think it's pretty easy to realize we obviously miss him out there, and he's propelled us to two championships in the last two years. So it would be pretty storybook if he could come back and help us do the same. But injuries are the hardest part of sports. You just got to play through them -- not play through them, but manage the injury. It's tough. I mean, I went through it. Kevin's is much more serious than all of ours, and I know how badly he wants to be out there. He's one of the best competitors I've ever been around."

Durant was not on the floor when the rest of his teammates got up some shots in the open part of Sunday's practice, but he made his way to the court as soon as media and cameras were cleared away.

Durant's injury is one of several the Warriors continue to deal with. Thompson is playing through a left hamstring injury, big man Kevon Looney is dealing with a nondisplaced first costal cartilage fracture on his right side, and Andre Iguodala has had a lingering calf injury for several weeks.

Like Thompson, Warriors guard Stephen Curry doesn't think it will be tough to get Durant into the rhythm quickly.

"I don't think it will change much at all," Curry said. "It's just having another powerful weapon out there that can do some very dynamic things on the floor. We'll be able to adjust in transition pretty smoothly. He's been in plenty of Finals and has played well. No matter what percentage he's at, I'm sure he'll be impactful and effective out there. But again for myself or anybody in our rotation who's been playing a lot of minutes, we just have to be aggressive and smart and competitive, especially on the defensive end. And the rest should take care of itself."

Sportsbooks accounted for the news that Durant was practicing on Sunday, as the point spread on Game 5 dropped. The Raptors had been listed as high as 3.5-point favorites. The line was down to as low as Toronto -1.5 on Sunday at some sportsbooks. The Raptors were posted as -700 favorites to win the series after their victory in Game 4. The series price was down to Toronto -575 as of Sunday at Caesars sportsbook. 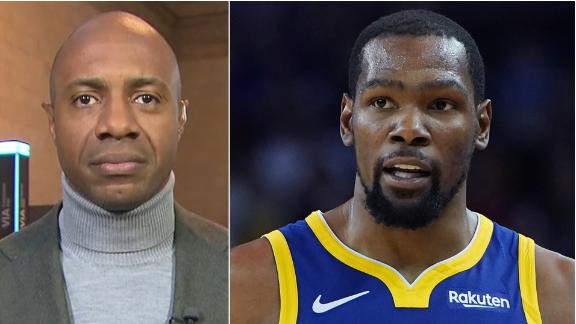 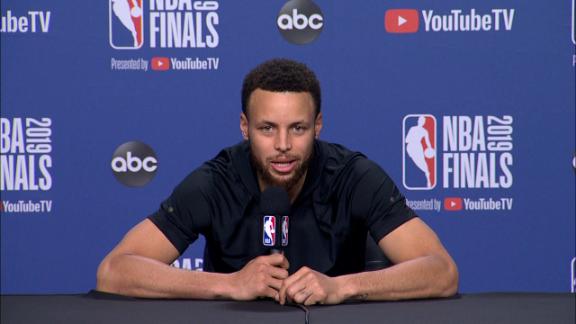