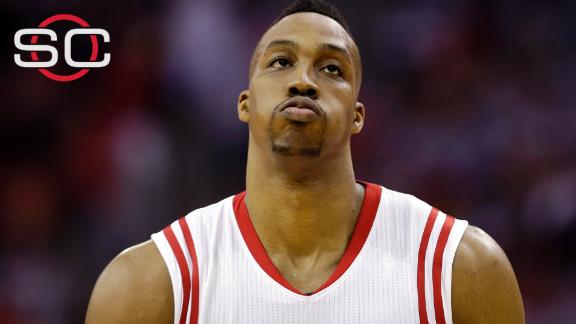 HOUSTON -- Rockets center Dwight Howard was detained at George Bush Intercontinental Airport on Friday for having a handgun in his carry-on bag.

Houston Police Department spokesperson Kese Smith said Wednesday that Howard was stopped at Terminal E at 7 a.m. when Transportation Security Administration officials discovered a pistol in the bottom of a carry-on bag.

Howard told officials the gun was his, and after being detained by law enforcement officials he was allowed to give the handgun to an associate.

The Houston District Attorney's office was contacted after Howard was detained and declined to press any criminal charges against him.

Howard was allowed to board a later flight.

The Rockets released a statement saying the team was aware of the incident and still gathering information. Howard couldn't be reached.

Smith said guns are periodically found at both of Houston's main airports, Bush and William P. Hobby -- 77 were discovered in the past year -- and that few charges are filed or arrests made.

In Texas, a person can carry a concealed handgun with the proper license.

A law passed this year will allow those in Texas with a conceal-carry license to openly carry starting Jan. 1, 2016.