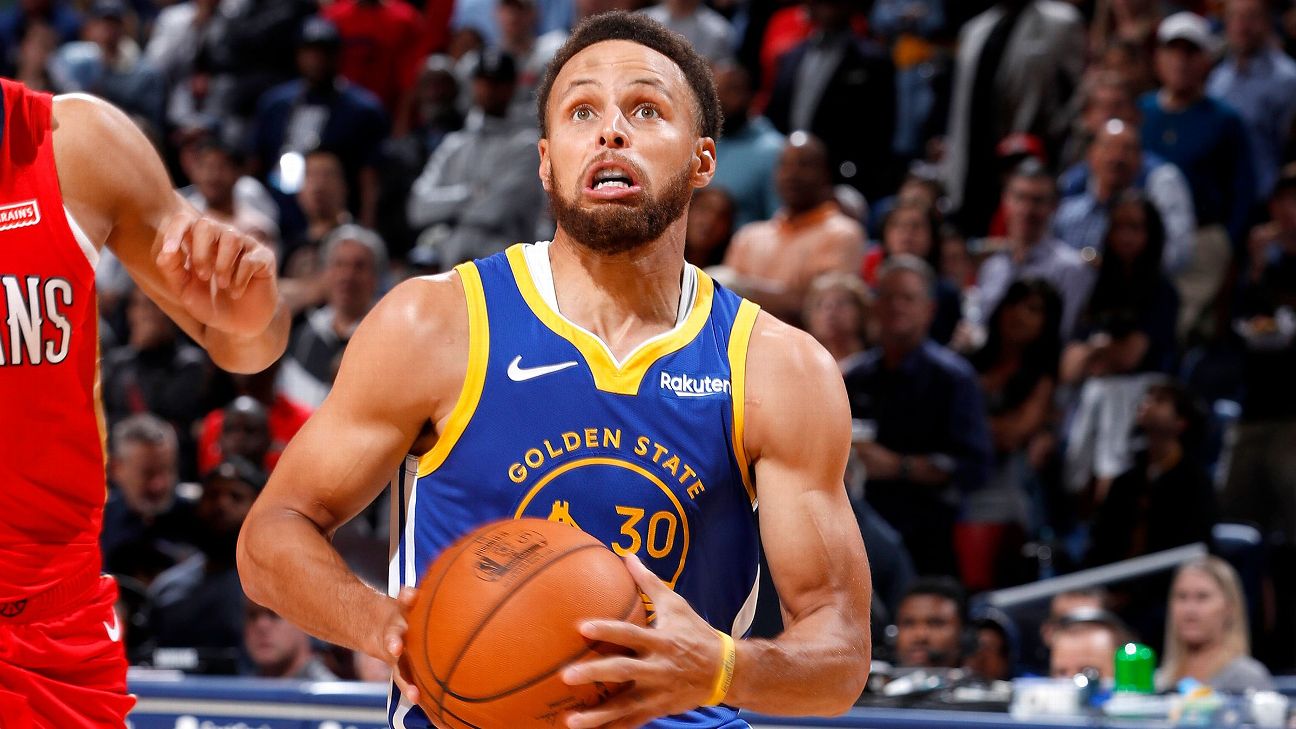 NEW ORLEANS -- Golden State Warriors guards Stephen Curry and D'Angelo Russell walked off the court after Monday night's 134-123 victory over the New Orleans Pelicans and headed into the tunnel toward the visitors locker room, with arms around each other's shoulders and smiles on their faces.

Curry started to jump up and down as the happiness and relief of the group's first win of the season washed over him. After blowout losses in two consecutive games out of the gate, first to the LA Clipperson opening night and then the Oklahoma City Thunder on Sunday, the Warriors were determined to prove to their critics that the season hadn't already gone off the rails.

"Everybody loves to label you when you're down or when you're losing," Curry said. "That's easy. It's easy to get on TV and say whatever you want. It's easy to just throw darts at a team that's trying to figure it out based on how much success we've had. I hope people can start to see through that and understand what we're about as a team and what we're going to build toward. That's basically it. If you want to get on and say whatever you want to say, and fill that 24-hour news cycle, that's cool with us. We're still going to hoop and just play basketball."

The Warriors turned in their best game of the early season Monday against a Pelicans team playing without rookie Zion Williamson (knee surgery) and veteran stalwarts Jrue Holiday (left knee sprain) and Derrick Favors (right knee soreness). The defensive intensity that had been missing in the first two games was present from the opening tip as the Warriors found the kind of rhythm on that end of the floor that opened up everything else.

"There's a level of intensity that we got to today," Warriors coach Steve Kerr said. "A level of energy that we hadn't seen the first two games. I thought it was more confusion on our young guys, just kind of trying to figure out where to be rather than lack of effort. When you're thinking too much, it's tough to just let it go and just go play. Tonight I felt like we just played and our guys didn't think too much."

Russell played the best game of his brief Warriors career, scoring 24 points, dishing out eight assists and grabbing seven rebounds, but it was the team's emotional heart and soul, Draymond Green, who set the tone on defense that his teammates followed.

Green -- who started at center for the first time this season as Kerr put rookie guardJordan Poole in the lineup to give the group an offensive jolt -- registered 16 points, 17 rebounds and 10 assists. The Warriors are now 23-0 in regular-season games when Green racks up a triple-double, according to ESPN Stats & Information.

"The first two games, I didn't set a good tempo," Green said. "We got a lot of young guys. You got to lead them a way. And then [it] can go either way. I think the first couple games I led them the wrong way. I got to be better. Tonight I was better."

What particularly irked Green was that he saw and heard a few former players writing off the Warriors after Green said the team "f---ing sucked" following Sunday's blowout loss to the Thunder.

"We're still not a very good team," Green said Monday. "We have a lot of room for improvement. Just because we won one game doesn't mean we don't suck right now. We still have a lot of improvement to do.

"When I said we suck last night I see a lot of people blew it out of proportion. A lot of former players who ain't never led s--- blew it out of proportion. We sucked. And we're still not very good. But I've actually known how to lead my entire life, so those that have never led shouldn't probably talk about leading. But we just got to continue to get better, and we got to continue to compete at a high level. The first two nights we didn't do that, tonight we did. But we still have a lot of room for improvement."

Kerr praised both Curry and Green prior to the game for the way the veteran pair has helped to try to lead the group this season. The Warriors have nine players who are 23 or younger and are still learning where they need to be on the floor for the reigning five-time Western Conference champions.

"It's not only do you have to perform every night, you got to teach," Curry said. "There are a lot of young guys that are hungry to learn, hungry to perform, take advantage of their opportunities, but there's a process to it. You got to be aware of everything but also be at the top of our game every single night. We understand that. I think we accept that challenge and that responsibility."

In the short term, the Warriors are embracing the excitement that comes with the first victory of the season. Curry brought a gigantic bag of popcorn out of the locker room just before addressing reporters. The relief among the players was palpable after two embarrassing losses.

"It's more joy than relief, to be honest with you," Kerr said. "I was just happy that everyone went out there and played really well. Every guy came in off the bench and gave us good minutes. I loved the energy the whole night. So it was a really fun night." 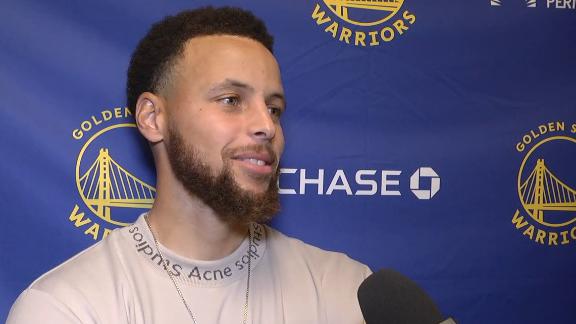 Steph Curry hoping fans can see through critics' 'darts'
Steph Curry talks about what it feels like to have the first win of the season, citing the critics who doubted the Warriors and threw "darts" after a slow start. 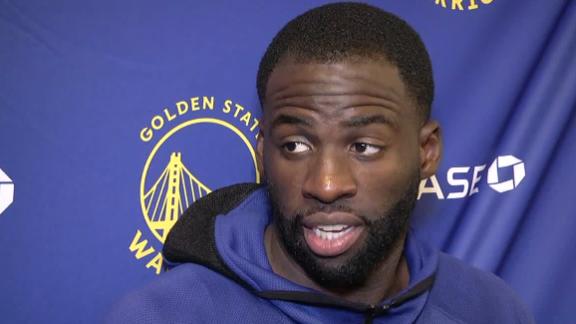