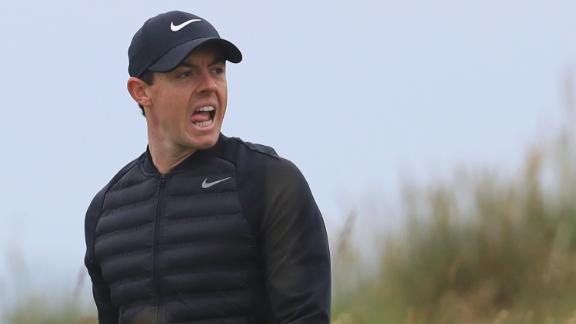 TROON, Scotland -- Frustration got the best of Rory McIlroy on Saturday afternoon at Royal Troon when he threw his 3-wood from over his head onto the ground, causing the head to snap off the shaft.

McIlroy had just hit a wayward shot on the par-5 16th hole when he slammed the club in anger, using a tomahawk motion that saw the club hit the ground in front of him and break.

He went on to par the hole but was having a frustrating day, having missed several short putts. To that point in his round, McIlroy was 2 over par for in the third round of The Open.