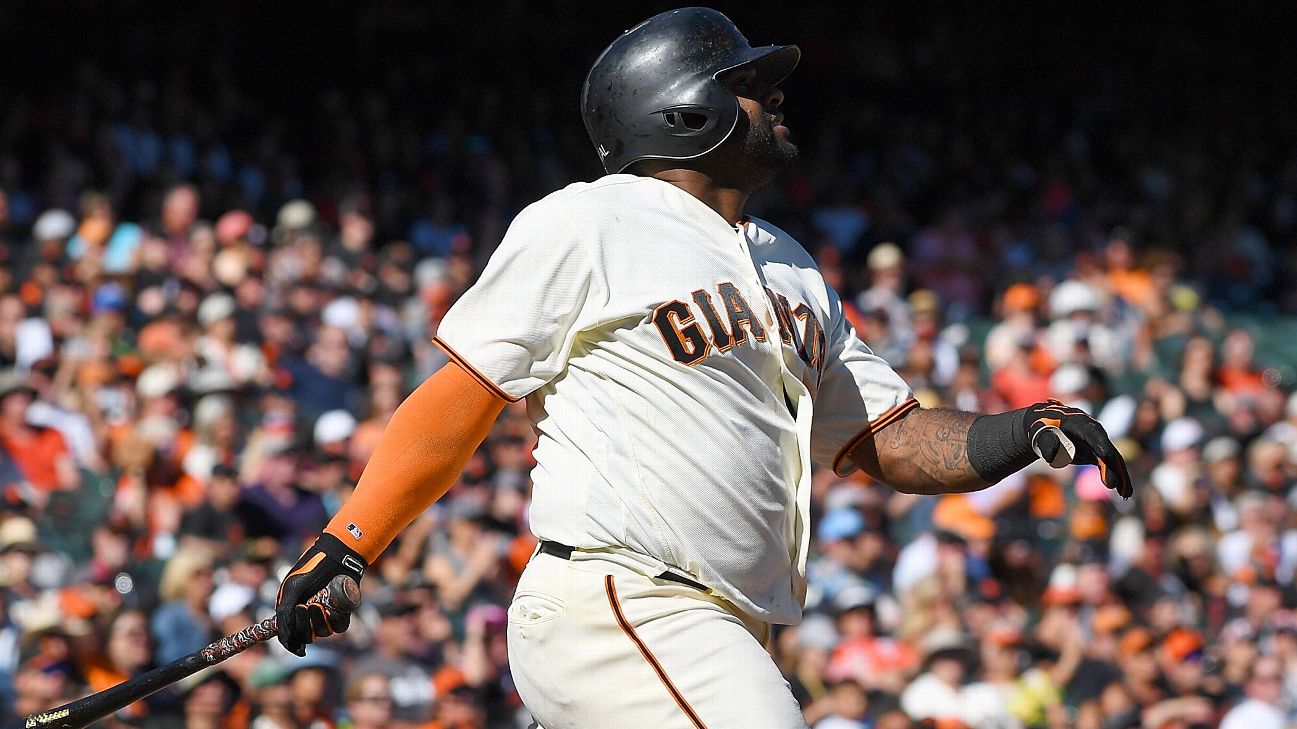 PHOENIX -- San Francisco Giants infielder Pablo Sandoval will miss the remainder of the season after tearing his right hamstring while sliding.

Sandoval, 31, was hitting .248 with nine homers and 40 RBIs. He also played first and third base during his second stint with San Francisco.

Sandoval played his first seven seasons with the Giants, winning World Series MVP honors in 2012. He became a free agent and signed a $95 million, five-year contract with Boston after the 2014 season.

He was released by the Red Sox in 2017 and signed with the Giants three days later. San Francisco is paying the $545,000 minimum this year, which is offset against the $18 million Sandoval is owed by Boston.
Report a correction or typo
Related topics:
sportsespnmlbsan francisco giantspablo sandovalseasoninjuryhamstring
Copyright © 2021 ESPN Internet Ventures. All rights reserved.
More Videos
From CNN Newsource affiliates
TOP STORIES