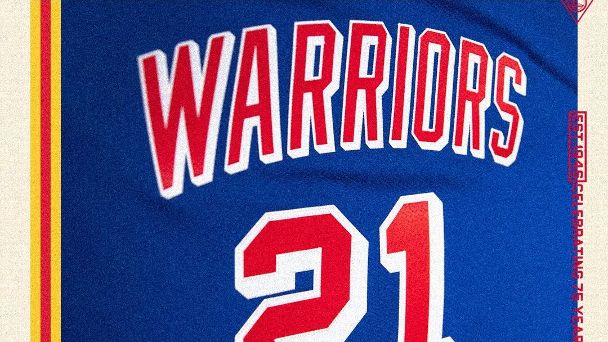 The Golden State Warriors will celebrate the NBA's 75th anniversary in style with a uniform from one of the game's most iconic moments.

On Tuesday, the team unveiled its "Warriors Origins" uniforms, which will be featured throughout the 2021-22 NBA season. The uniform is an update on a look worn during the 1961-62 season. That year was the franchise's last season as the Philadelphia Warriors, before moving to the West Coast. The updated uniform features a blue jersey with blue shorts, yellow-and-red trim and red-and-white numbers. It changes the script "PHILA" on the front of the uniform and replaces it with "WARRIORS."


The last time this design was seen, it was part of league history. On March 2, 1962, against the New York Knicks, Wilt Chamberlain, wearing the home white version, scored 100 points. That season Chamberlain averaged 50.4 points per game and 25.7 rebounds per game.