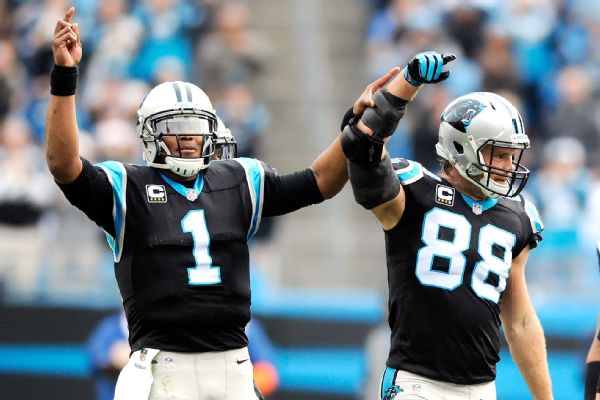 Olsen set the record on a 17-yard catch from Carolina Panthers quarterback Cam Newton in the second quarter of an NFC South game against the Falcons, that eventually was won by Atlanta 33-16.

He came into the game needing only 8 yards to set the record. Newton's first two passes to Olsen almost were intercepted, but on the third the tight end was wide-open down the left sideline.

He followed that with 77 catches for a career-best 1,104 yards last season.

The 17-yarder against Atlanta gave him 72 catches for 1,009 yards this season. He finished the game with six receptions for 59 yards, putting him at 77 catches and 1,051 yards after Sunday's game.

"He's a special man,'' Newton said Friday. "One thing people don't realize about Greg is his knack for understanding football. His IQ is up there. It makes my job a lot easier, especially throwing to him.''