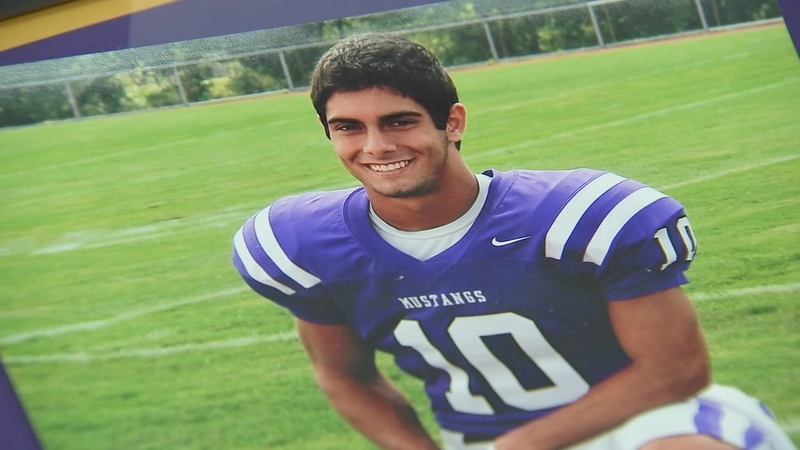 Before Super Bowl, Jimmy Garoppolo got his start in Rolling Meadows

ROLLING MEADOWS, Ill. -- The San Francisco 49ers are Super Bowl-bound and in Rolling Meadows, Illinois the buzz is all about quarterback Jimmy Garoppolo.

"It's still pretty surreal," said Charlie Henry, Garoppolo's high school coach. "The kid who sat in my room, played for us, is going to be one of those 100 guys. It's pretty cool."

Henry was the Rolling Meadows offensive coordinator. He fed Garoppolo plays at the Mustangs' starting quarterback in 2008 and 2009.

They did. Garoppolo led the Mustangs to the state playoffs twice. Now a decade after his last game with the Mustangs, his number 10 jersey is still hard to miss at Rolling Meadows High School. Memorabilia at the school celebrates his rise to a two-time Super Bowl champion with the New England Patriots.

"I wasn't really watching anyone else. I was watching Jimmy Garoppolo," Carson Schiller recalled. He watched Garoppolo as a second-grader. Now he's the Mustangs' quarterback himself.

Garoppolo isn't the only 49er with Chicago roots. Offensive lineman Laken Tomlinson played at Lane Tech High School. He made waves as the Detroit Lions' first-round draft pick in 2015, at a draft held here in Chicago. Now he's blocking for Garoppolo.

The 49ers also have running back Tevin Coleman, who attended high school in Oak Forest. And playing for Kansas City in the Super Bowl is rookie offensive lineman Nick Allegretti, who played at Lincoln Way East in southwest suburban Frankfort.

Now that Garoppolo is the center of attention, Coach Henry said to let him throw it down the field. And you better believe they'll hang another photo up at Rolling Meadows High School when he does.