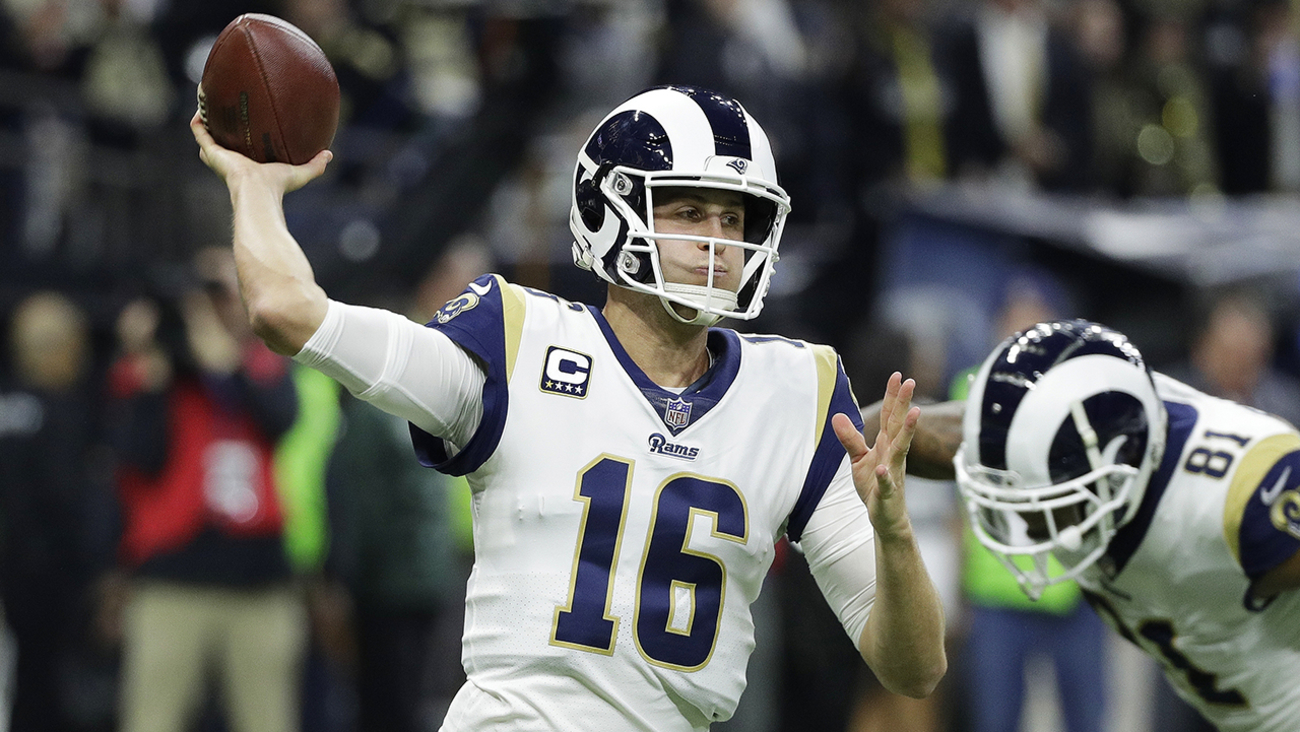 NEW ORLEANS -- Greg Zuerlein kicked a 57-yard field goal in overtime and the Los Angeles Rams, helped by a huge missed call by the officials, advanced to the Super Bowl with a 26-23 victory over the New Orleans Saints in the NFC championship game Sunday.

The stunning finish came after New Orleans got the ball first in the extra period. Under pressure, Drew Brees fluttered up a pass that was picked off by John Johnson III, who was able to hang on to the interception while falling onto his back.

Johnson hopped up and celebrated by doing with the "Choppa Style" dance popularized by New Orleans rapper Choppa, whose namesake song had become a Saints' rallying cry.

The Rams weren't able to do much offensively, but it didn't matter. Zuerlein, who had already delivered a tying 48-yard kick with 15 seconds left in regulation, booted through the winning field goal from just inside midfield with plenty of room to spare.

"It's unbelievable, man. I can't put it into words," Rams quarterback Jared Goff said. "The defense played the way they did to force it to overtime. The defense gets a pick and Greg makes a 57-yarder to win it. That was good from about 70. Unbelievable."

The Superdome, which had been in uproar all afternoon, suddenly turned eerily silent. It was the first home playoff loss for the Saints with Brees and coach Sean Payton, who and been 6-0 in those games since their pairing began in 2006.

The Rams (15-3) and their 32-year-old coach, Sean McVay, capped a remarkable rise since moving back to Los Angeles three years ago. The team will be appearing in its first Super Bowl since the 2001 season, when the "Greatest Show on Turf" was still in St. Louis.

It was another bitter end to the season for the Saints, who lost the previous season in the divisional round on the "Minnesota Miracle" - the Vikings' long touchdown pass on the final play of the game.

This time, New Orleans (14-4) squandered an early 13-0 lead and couldn't overcome a blown call in the closing minutes of regulation, when the officials failed to flag a blatant pass interference penalty on Los Angeles Nickell Robey-Coleman inside the 5.