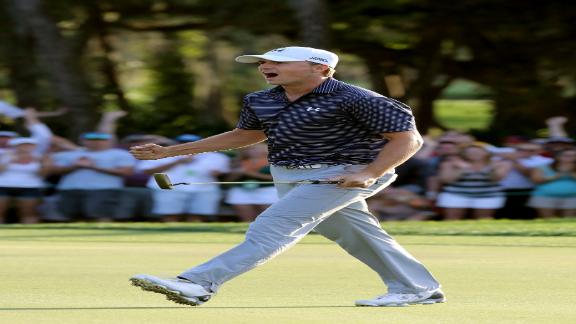 PALM HARBOR, Fla. -- Some of the best short-game shots Jordan Spieth has hit in his young career have been on the final two holes on the Copperhead course at Innisbrook.

Two years ago, it paved the way for him to get his PGA Tour card as a teenager.

He came full circle Sunday by making two improbable par saves to get into a playoff, and then winning the Valspar Championship on the third extra hole by making a 28-foot birdie putt to beat Patrick Reed and Sean O'Hair.

"I would rank those definitely in the top five I've ever had given the lies and the scenario," Spieth said.

And the winning putt?

It put an end to an afternoon of back-nine charges, big birdie putts and clutch par saves, the latest chapter in a PGA Tour season that already has featured eight playoffs.

This one was off the charts.

Reed rammed in a 30-foot birdie putt on the 18th hole to cap off a 5-under 66, and then was lounging in a chair waiting to see if anyone could catch him, and they how many would join him. O'Hair got there with a 30-foot birdie on the 16th hole and a tough par save on the 18th, making a 5-foot putt look far easier than a guy who has now gone 87 starts since his last win.

Spieth looked like he wouldn't make it to the finish line. Tied for the lead, he left his 6-iron well to the right on the par-3 17th and was hopeful of the best. He said to caddie Michael Greller, "Please be a good lie or not on a down slope."

It was a terrible lie on a down slope.

Spieth hit a flop shot that landed perfectly and rolled 6 feet by the hole, and he saved his par. On the 18th, he hit a fat shot from a fairway bunker some 35 yards short, with a clump of grass behind it and the grain of the grass into the ball. Greller's advice was for Spieth to at least have a chance for par. He hit another flop to 12 feet, and the putt fell on the last turn from the left side of the cup.

"A crazy back nine," Spieth said.

Three behind with six holes to play, Spieth closed with a 2-under 69 to catch a faltering Ryan Moore and win his second PGA Tour title, both in a playoff. It was his fourth win worldwide -- he now has three wins in his last eight starts around the world -- to reach a career-high No. 6 in the world and already surpass $10 million in career earnings.

The 24-year-old Reed went his final 30 holes without a bogey and made two par saves in the playoff that were as good as anything Spieth did.

From a plugged lie in the lip of the bunker on the 18th in the playoff, he blasted out to 10 feet and rolled it in like it was a 3-footer. On the next playoff hole, the 16th, he went deep over the green into grass so deep he couldn't see it, and nearly holed the shot.

He was in deep trouble on the third playoff hole, too, and hit a bunker shot to 6 feet.

"I didn't even have to hit the putt because Jordan poured it in," said Reed, who beat Spieth in a playoff for the first of his four PGA Tour wins at the Wyndham Championship in August 2013.

O'Hair hasn't won since the 2011 Canadian Open, and he had to earn back his full PGA Tour card the last two years at the Web.com Tour Finals. In contention for the first time since longer than he can remember, his swing and his nerves held up fine. O'Hair had a 12-foot birdie putt to win on the second playoff hole, and it caught the right edge of the lip and spun away.

He played bogey-free on the back nine and shot 31 to close with a 67.

"I gave myself a chance," O'Hair said. "That's really all I can do. I played solid all day, played solid all week, and then the playoff was a ton of fun. Two young guys made me feel really old."

O'Hair is 32 with four children. He turned pro when Spieth was in the first grade. This was a big boost for O'Hair, who was never far from the lead for four days.

Henrik Stenson, in his Innisbrook debut, ran off three straight birdies and closed with a 67 to fall one shot short of the playoff.

Only two players in 2015 have had at least a share of the 54-hole lead and went on to victory on the PGA Tour. Moore did not become the third. He holed a 7-iron on the sixth hole for an eagle to take a two-shot lead, and back-to-back birdies early on the back nine stretched his lead to three shots with six to play.

Moore went long and into thick rough on the par-3 13th and made bogey, and then dropped another shot on the 16th. He made one more bogey on the 18th when his hopes were gone, closed with a 72 and finished fifth. 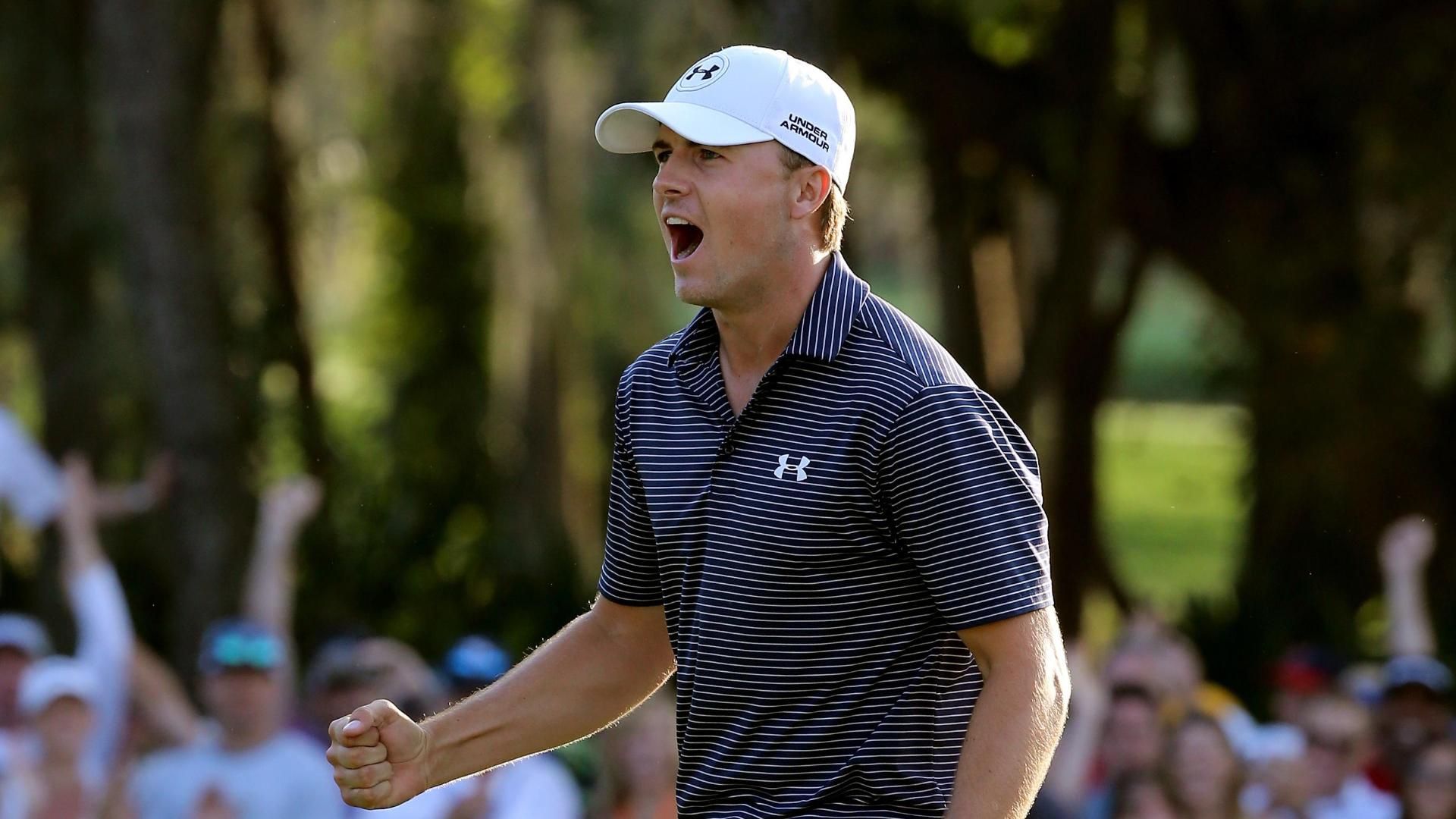