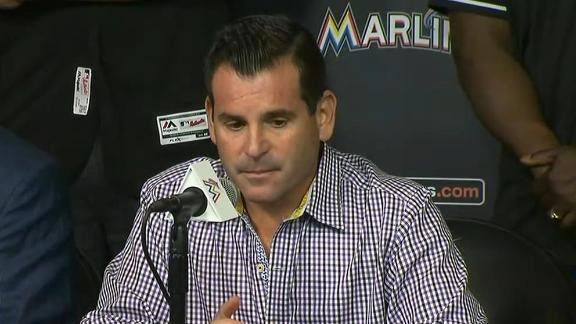 Spokesman Lorenzo Veloz of the Florida Fish and Wildlife Conservation Commission said in a news conference Sunday that Fernandez, 24, was one of three men killed in the accident.

The Coast Guard arrived on the scene around 3 a.m. to find a 32-foot boat upside down on a jetty off Miami Beach. Two of the victims were found dead under the vessel. One was found dead in the water. None of the deceased was wearing a life vest.

The names of the other two individuals initially were withheld pending notification of relatives, the Coast Guard said. On Monday, theMiami-Dade medical examiner confirmed to ESPN that the names of the others wereEmilio Macias, 27, and Eduardo Rivero, 25.

No further details could be provided on their connection to Fernandez because the case remains under investigation. However, the next of kin have been notified, the spokesperson said.

Speed is suspected to be a factor in the accident because of the impact with the jetty, Veloz said. There was no evidence of alcohol or illegal drug use.

"It does appear that speed was involved due to the impact and the severity of it,'' Veloz said, adding that the boat was owned by a friend of Fernandez's. "It does appear to be that they were coming at full speed when they encountered the jetty and the accident happened.''

The Marlins announced that Sunday's game at home against theAtlanta Braveswas canceled. A 16 -- Fernandez's uniform number -- was painted on the mound at Marlins Park on Sunday morning, and flowers rested on the rubber. Major League Baseball announced that there would be a league-wide moment of silence before each of Sunday's games.

"Sadly, the brightest lights are often the ones that extinguish the fastest,'' Marlins owner Jeffrey Loria said in a statement. "Jose left us far too soon, but his memory will endure in all of us. At this difficult time, our prayers are with his mother, grandmother, family and friends.''

Marlins president David Samson said in a news conference that Monday's game against theNew York Metswill be played as scheduled. He said Fernandez will be a memberof the Marlins "all time."

"The way he played this game, the way he was on the field, that's a way how these guys can honor him," Samson said.

Manager Don Mattingly and some Marlins players broke down during Sunday's news conference. Mattingly said Fernandez played with the "joy" of a "little boy."

Following the news conference, buses took Marlins players and executives to Fernandez's mother's home so they could offer her support and condolences.

"That smile I'm not going to see anymore. That personality and that love of the game, the love of everything, really. He was so accessible too," Braves first basemanFreddie Freemansaid at Marlins Park after Sunday's game was canceled. "The Marlins were done with batting practice [Saturday], but he was still out here talking toeverybody and having a great time."

The Tampa Bay Rays canceled a scheduled pregame ceremony to recognize retiringBoston Red Soxslugger David Ortiz, per his wishes, after Sunday's tragedy. Ortiz was seen in tears during the moment of silence before Sunday's game in Tampa, Florida.

"I don't have the words to describe the pain I feel,'' Ortiz said.

The Miami Dolphins held a moment of silence for Fernandez before their game against the Cleveland Browns on Sunday.

Fernandezannounced on Instagram last week that his girlfriend is pregnant. The Marlins announced during Sunday's news conference that the baby is a girl.

"All of Baseball is shocked and saddened by the sudden passing of Miami Marlins pitcher José Fernández," Major League Baseball commissioner Rob Manfred said in a statement. "He was one of our game's great young stars who made a dramatic impact on and off the field since his debut in 2013. Our thoughts and prayers are with his family, the Miami Marlins organization and all of the people he touched in his life."

MLBPA executive director Tony Clark also released a statement Sunday morning: "We are devastated by the news that Jose Fernandez has tragically passed. Jose was a remarkable young man and a tremendously gifted athlete, who at just 24, established himself as one of the game's biggest and brightest stars. Our thoughts and prayers go out to Jose's family, friends, teammates, Miami Marlins organization and legions of fans in the United States and Latin America."

Fernandez's next start had been pushed from Sunday to Monday to make room for Adam Conley's return from the disabled list.

Fernandez immigrated to the United States from Cuba in 2008, after three failed defection attempts, and settled in Tampa, Florida. He became a United States citizen last year. He was a 2011 first-round pick, taken 14th overall by the Marlins, out of Tampa's Alonso High School.

Chicago Cubs outfielder Jorge Soler played with Fernandez when the two were growing up in Cuba. They traveled together to Venezuela for a youth tournament, and Soler said Fernandez's ability was obvious, right from the start.

"Since he was a child, since we were kids, I knew he had something," Soler said through a translator. "He had a talent. It was very impressive."

Third baseman Martin Pradosaid Sunday that Fernandez told one of his Marlins teammates that his last start against theWashington Nationals "was his best ever, and now he's gone." In that start,Fernandez pitched eight innings and struck out 12 as he allowed just three hits in a 1-0 Marlins victory.

Fernandez joins a long list of active baseball players to die in accidents.Cleveland Indians pitchers Tim Crews, 31, and Steve Olin, 27, were killed in a boating accident in Clermont, Florida, on March 22, 1993. Indians pitcher Bobby Ojeda was also on the boat and lost four pints of blood, but he survived.

ESPN staff writer James Walker and The Associated Press contributed to this report. 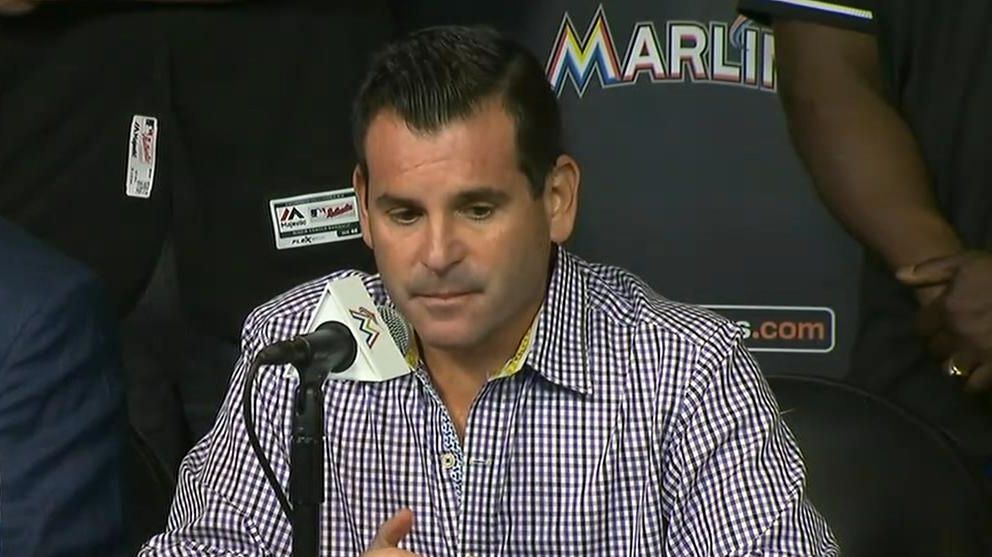