Kirk Cousins: 'How you like me now' shout wasn't message for GM 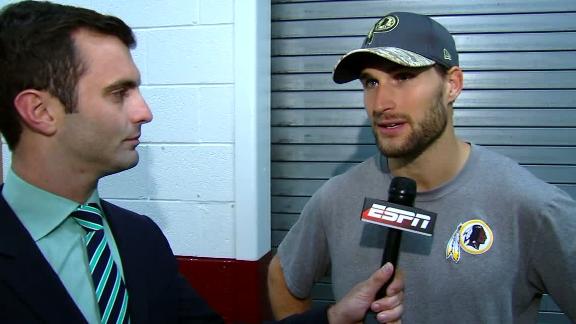 As Cousins ran off the field following Sunday's win over the Green Bay Packers, he stopped and shouted the line at McCloughan, then tussled the GM's hair as he kept running into the tunnel.

Cousins, of course, is playing under the franchise tag, and his contract situation has been well-documented. Cousins wanted $20 million per season; the Redskins' best offer was $16 million. That has led to much speculation on his future with the Redskins and whether they will meet his asking price for a long-term deal.

Cousins said it was just an in-the-moment situation.

"No, there's nothing," Cousins said. "I was just excited coming off the field with emotion. I would prefer for that to happen with no cameras and no microphones. But I ran into him on the field where there were cameras and microphones. We're both competitors who want to win desperately and both feeling great in that moment.

"Scot has done a phenomenal job bringing in the right people ... that have made a big difference in the success of this team. A big reason we are where we are and part of the reason we enjoy being here is because of the team Scot assembled."

Cousins said during his weekly appearance on 106.7 The Fan that it was McCloughan who kept encouraging him after a rough start to the 2015 season. Cousins then finished strong with 19 touchdowns and two interceptions in his last eight games.

"Scot gets it; he's a football guy," Cousins said. "He understands what it's like to play at this level and the challenges and demands and pressure that come with it."

Still, the challenge for Cousins remains to convince the organization that he's worth an expensive long-term contract. He said he's able to focus on the games and not his future because this episode is just an extension of his entire career.

Cousins entered his senior season in high school without a scholarship offer. As a senior at Michigan State, he said he played not knowing what would happen in the draft because he wasn't a projected high pick. Then he was drafted in the fourth round to be a backup to Robert Griffin III.

"And here we are again," Cousins said. "This isn't the first time I went through this, so you just play."

Cousins has thrown 17 touchdowns to seven interceptions this season as the Redskins have gone 6-1-1 heading into Thursday's game at Dallas after an 0-2 start.

Numerous analysts have said the Redskins need to keep him long term. Cousins, however, said he's ignoring that, too.

"It's a positive thing they would say that, but at the same time, I know people are itching to say the opposite if I don't play well Thursday," Cousins said. "I'm always focused on the here and now."

Cousins constantly looking to prove himself
Kirk Cousins shares the reasoning behind the Redskins' late-game play calls and the reason for his postgame emotion. 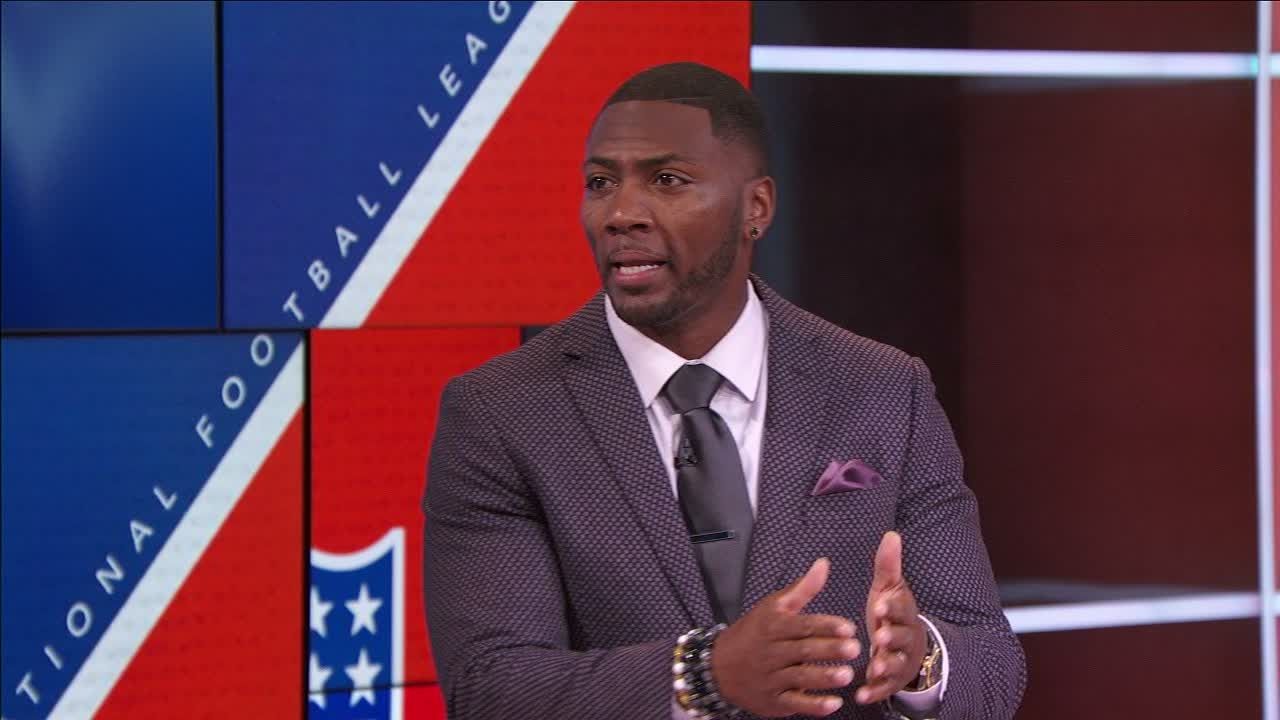