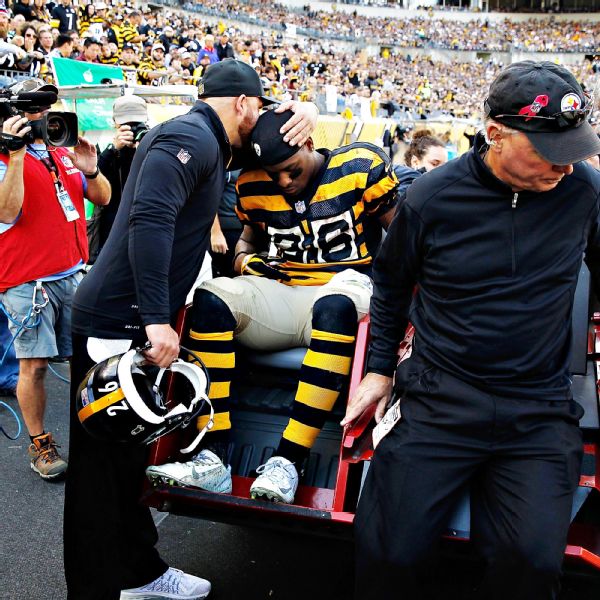 PITTSBURGH -- Running back Le'Veon Bell promises to walk away from the latest clash with Vontaze Burfict and the Cincinnati Bengals with two healthy knees.

Bell has suffered injuries in each of the past two matchups with Cincinnati, tearing two knee ligaments in Week 8 of last season after Burfict tackled him by the sideline. The hit ended his season.

Now leading the Steelers' late-season playoff push and earning MVP consideration, Bell isn't backing down from a reunion with Burfict.

"I'm pretty sure they are going to do whatever they got to try to get me off the field. It is what it is. I understand that," Bell said. "The last two times I've played them, it's been that way. I'm obviously not going to let it happen a third time. I'm going to be prepared for everything. Got to, because with my mindset I have to be smart about it."

Bell said during the offseason that he believed Burfict -- who served a three-game suspension for several egregious hits -- intentionally tried to hurt him. Since that Bengals game, Bell has been averaging 161.6 total yards per game and broke a franchise record with 236 rushing yards in Week 14 against the Buffalo Bills.

Bell also hurt his knee from a Reggie Nelson hit in Week 16 of the 2014 season, causing him to miss the playoffs that year. The injury did not require surgery.

Bell, who missed the first three games of 2016 for a substance abuse violation, said "of course" he expects the Bengals to draw the Steelers into after-the-whistle play. Ignoring the chatter won't be a challenge "at all," said Bell, who added Burfict looks like "the same player" to him.

Bell said his knee recovery has been a "long journey," but he's held up well after the heaviest of workloads. Bell has touched the ball 166 times in the past five weeks, including 118 rushes in his past four games -- all wins.