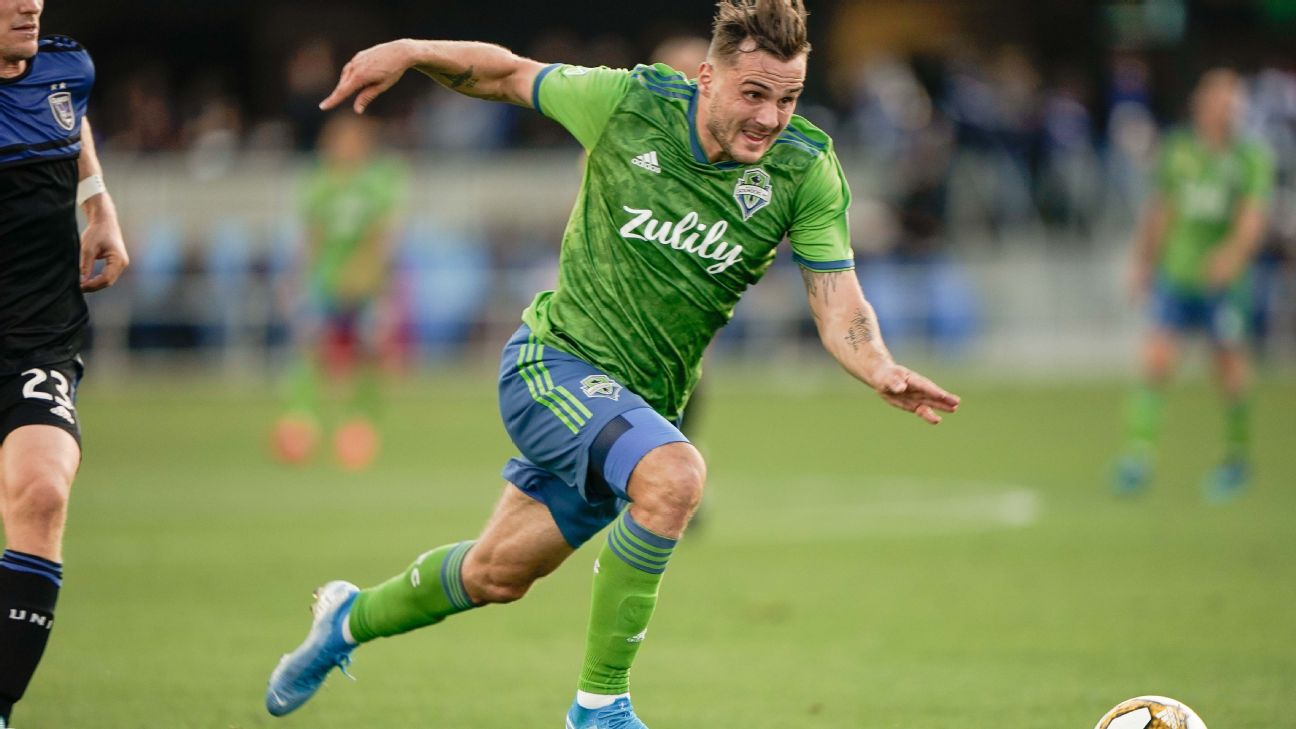 Jordan Morris scored on a breakaway in second-half stoppage time as the Seattle Sounders came away with a 1-0 victory against the host San Jose Earthquakes on Sunday.

Morris' unassisted goal, in the fourth of six minutes of stoppage time, moved the Sounders (15-10-8, 53 points) into a tie for second place with Minnesota United in the Western Conference. The Sounders will play host to the Loons, who hold the tiebreaker by virtue of goal differential, next weekend in the regular-season finale.

Seattle goalkeeper Stefan Frei made 10 saves for his ninth shutout of the season.

- Stream a replay of this game on ESPN+

Both teams finished the match short-handed, as San Jose's Tommy Thompson received a red card in the 56th minute and Seattle's Xavier Arreaga picked up his second yellow card in the 71st and was ejected.

Goalie Daniel Vega made five saves for the Earthquakes (13-15-5, 44 points), who remain a point behind FC Dallas in the race for the seventh and final playoff berth in the West. San Jose, which has one more win than Dallas as a potential tiebreaker, travels to Portland next weekend.

Frei contributed a number of highlight-reel saves. He made a leaping save on a shot from just outside the 18-yard box by Magnus Eriksson that seemed headed for the upper left corner of the net in the 15th minute.

Frei kept Valeri Qazaishvili's back-heel attempt out of the net in the 53rd minute. The Earthquakes came close to scoring in the 54th, but Frei got his fingertips on a 30-yard shot by Guram Kashia and deflected it off the right post.

San Jose's Florian Jungwirth nearly scored on a bicycle kick in the 62nd minute, but Frei was able to tip the ball over the crossbar.

Vega twice stopped Morris from scoring earlier in the match with left-footed saves. The first came in the 13th minute on Morris' shot from about 10 yards out, and the second came on a one-on-one break in the 52nd.

The Sounders played their second consecutive match without midfielder Nicolas Lodeiro because of a lower-back injury. 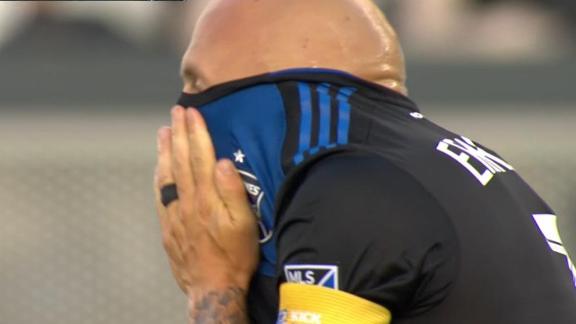