NBA refs will interact with fans over social media during games 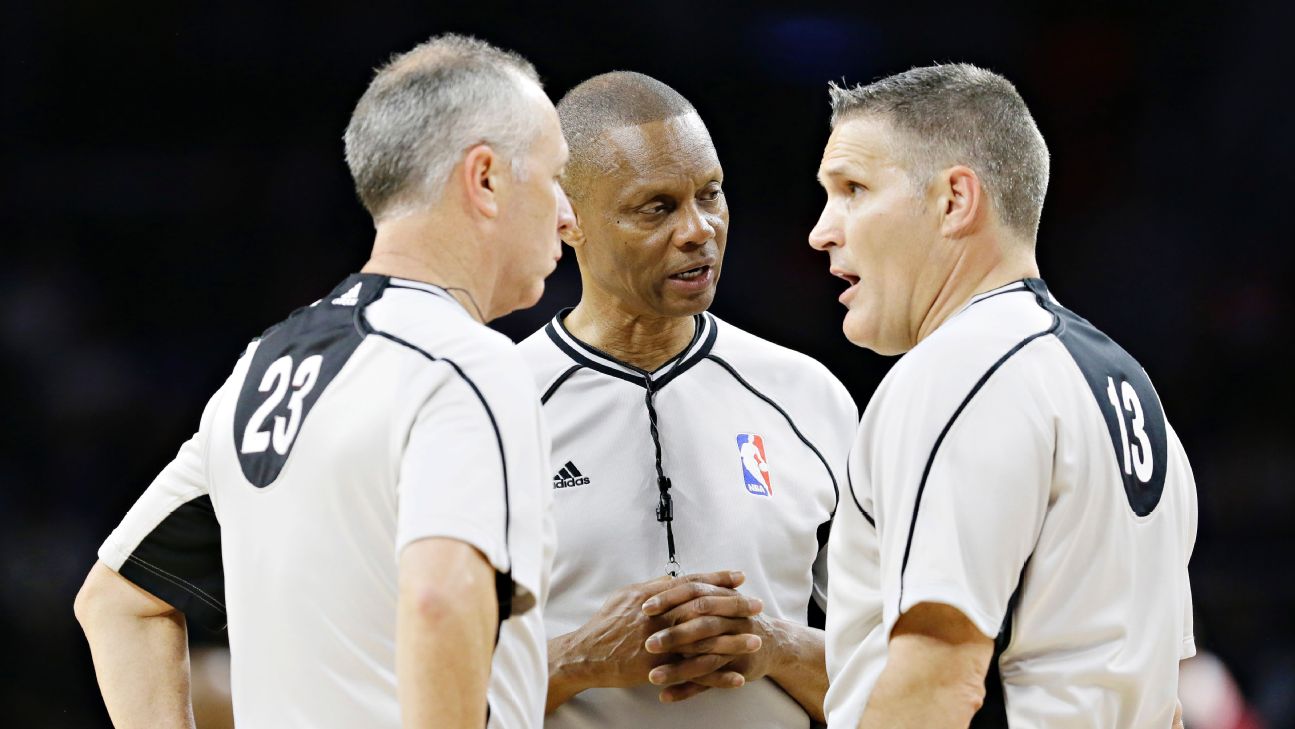 NBA referees will answer questions about calls in real time over Twitter in a selection of games for the rest of the season, starting with two games next week.

During Monday's Golden State Warriors at Los Angeles Lakers game on TNT and Wednesday's San Antonio Spurs at Philadelphia 76ers game on ESPN, fans can tweet @OfficialNBARefs or use the hashtag #RefWatchParty to get responses from officials who are watching the game.

Members of the National Basketball Referees Association first tried out the concept last season during a Finals game. The feedback on the experiment was positive, as referees were active in back-and-forth conversations, addressing controversial whistles and conceding incorrect calls were made when appropriate.

This season, the NBA league office has agreed to work in collaboration with the referee union on this project. As part of the deal, the tweeting referees will have access to the league's replay center in Secaucus, New Jersey, just like the officials who are on duty that evening, so they can have all the angles available to answer questions.

The union and the NBA plan a series of these games over the next few months, including some playoff games.