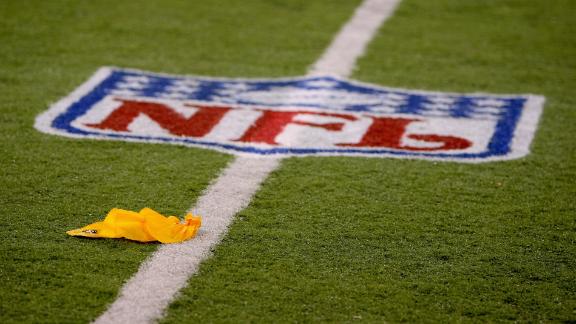 PHOENIX -- The NFL competition committee tweaked the rule for a catch, but even under the new wording, Dallas Cowboys receiver Dez Bryant still would not have had a successful grab in an NFC divisional-round game.

The rule now states that a receiver must establish himself as a runner rather than just make a football move. He also must have control of the ball and both feet in bounds.

The problem for Bryant, as the competition committee showed during a video presentation at the owners meetings, is that his hand hits the ground as the ball squirts free. So it would not have been viewed as a catch and the Cowboys still would have failed on a fourth-down play in a loss to Green Bay.

The rule has been debated since an apparent touchdown catch by Detroit Lions receiver Calvin Johnson was overturned in 2010.

"Once you go down that path, it becomes more subjective," said Dean Blandino, the NFL's vice president of officiating. "What is, what isn't a football move. We're not talking about a lot of plays over the course of the five seasons since the Calvin Johnson play. This allows us to consistently officiate the rule."

St. Louis Rams coach Jeff Fisher, who is co-chairman of the competition committee, said the members spent a lot of time on this topic, which helped clear up a rule that could be tough to define.

"If you're going to the ground, hang on to the ball. It's really pretty simple," Fisher said. "To include if you become a runner, I think it really cleans things up for us. If you start talking about reaching the ball out, you invite a lot of gray area back into the interpretation."

The committee also said it does not support any changes to the replay system to include a review of penalties. Committee co-chairman andAtlanta Falconspresident Rich McKay said during a news conference thatthe competition committee reviewed 27 hits on defenseless players last season, but there was no consensus on the penalties. Since they are subjective fouls, it would not be considered practical or sustainable. The plays currently under review are considered objective facts.

Fisher said the league's officiating department will review fouls on a Monday and can take "20-30 minutes, maybe an hour, to determine whether it was in fact a foul. So you can see the issues that we're going to have if we involve those things in replay."

Finally, a proposal was added to allow a certified athletic trainer at each stadium to stop the game if a player appears disoriented. That proposal stems, in part, from the Super Bowl, when New England Patriots receiver Julian Edelman appeared disoriented after a hit by Seattle Seahawks safety Kam Chancellor.

The removed player would then undergo a sideline examination.

"We got the [medical] spotters, they've got a really good vantage point, they've got technology in their booth, they're communicating pretty well with our trainers and doctors and we've got a pretty good rhythm going there," McKay said.

"Why would we miss a play where a player should have come out of the game?"