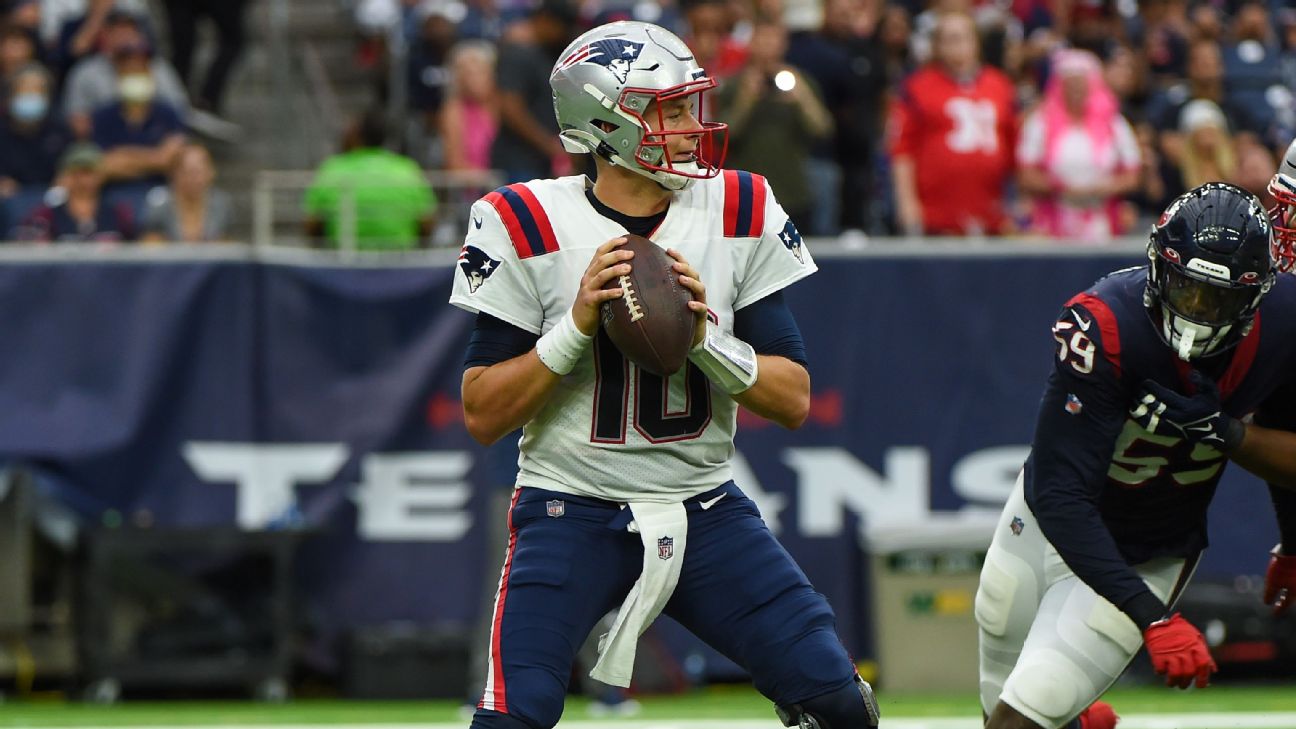 Week 5 marks the completion of nearly one-third of the NFL season for most squads. This season's class of rookie quarterbacks have experienced peaks and valleys and have showed plenty of room to continue improving.

Most of these first-year signal-callers (Trevor Lawrence, Zach Wilson, Mac Jones) have started each of their teams' five games this season, while the others (Trey Lance, Justin Fields) are adjusting to more reps under center.


Let's check in on how these rookies are progressing as their NFL careers continue to grow.

Jacksonville's loss against division rival Tennessee marked its 20th straight dating back to last season, joining the 1976-77 Tampa Bay Buccaneers (26 straight) as the only franchises to lose 20 consecutive games.

Despite the mounting losses, Lawrence is completing 70.2% of his passes on 8.4 yards per attempt in his past two outings. This year's top overall pick believes that shorter throws and his receivers improving at getting open has helped him become more comfortable as the Jaguars seek a turning point.

And we all thought today was the day we were going to get that first win and it wasn't ... but we're going to figure this out and we're going to turn it around and it's going to be a lot of fun once we do."

Although the Jets lost Sunday, Wilson's Week 4 performance earned him Rookie of the Week honors on Thursday. His teammates couldn't help but celebrate the signal-caller.

New York then flew across the pond to face the Falcons at Tottenham Hotspur Stadium in London.


Wilson threw his NFL-leading ninth interception of the season and became the fourth QB to do so in each of his first five career games over the past decade. The Jets' trip resulted in their third straight season starting 1-4 or worse through five games.

At 21 years, 154 days old, Lance became the fourth-youngest QB in the Super Bowl era (since 1966) to make his first career start. Unfortunately for him and San Francisco, Lance's first start came against the Cardinals (5-0), who remain the last undefeated squad across the league.

The 2021 third overall pick is continuing to gain comfort with passing at the pro level, but his legs looked plenty limber, judging by his 89 rushing yards. That is the highest single-game rushing total by a 49ers QB since Colin Kaepernick in Week 12 of 2016 (113).

"I thought he did some really good things," Shanahan said after San Francisco fell to 2-3.

"Definitely wasn't perfect, which nobody ever has been. That first pick I thought just sailed on him. He was going to the right spot, but that just got away from him on that first drive. Overall, I thought if we could've done a little bit better around him, I thought he did a good enough job to win."


Fields notched consecutive wins as a starting quarterback for the first time in his young career. The biggest key -- to no one's surprise -- appeared to be Chicago generating consistent offense. Sunday's win marked the Bears' second straight week scoring 20 points after doing so just once in Weeks 1-3.

Before Week 5, the team collectively registered only one touchdown pass, so imagine Fields' excitement when he threw the first of his career.

Fields broke down how the play developed.

"In that moment, you can't think about what's hurting you, you think about executing that play," he explained. "Of course, Jesper [Horsted] was kinda open in the back of the end zone, the DB had his back turned so of course he couldn't see the ball, so I just threw it up and gave Jesper a chance, and of course he came down with it. That's what happened."

Bears fans, who have never seen a quarterback pass for 30 touchdowns over a single season in the franchise's history, would most certainly welcome more plays like that.

New England overcame a 13-point deficit to defeat Houston. The team's 37 such wins (including playoffs) under head coach Bill Belichick (since 2000) after trailing by double digits leads the NFL over that span.

Jones' performance marked his NFL-best fourth outing this season with a completion percentage of at least 70% (min. 20 passes). He broke down the other key elements behind New England's comeback victory.

"It felt really good," Jones explained about the win. "I think the offensive line did a great job, and I think it all starts with them, so they were doubted all week and there was this and that and they came out and they played really hard. They played together, and I think I only got hit one time the whole game, so just shout-out to those guys, and they're a big reason why it happened."

Such protection can only bode well for Jones' continued growth as New England's new leading man. 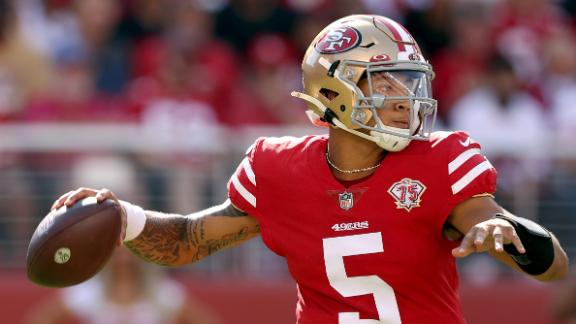