NFL rookie QB tracker: These first-year signal-callers made their own respective strides in Week 4 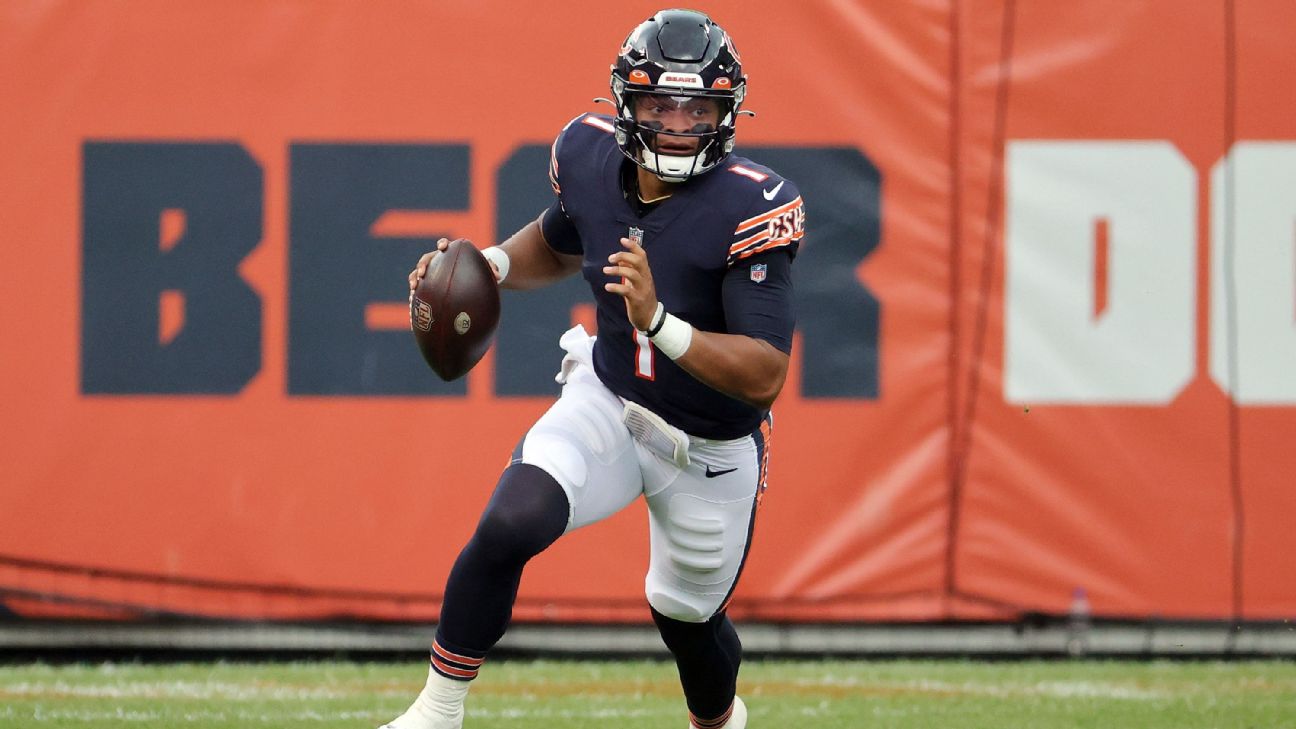 There are plenty of peaks and valleys within an NFL season, but the latter often paves the way for progress. Such was the case in Week 4 for this season's class of rookie quarterbacks.

While the Tampa Bay Buccaneers' victory over the New England Patriots capped Tom Brady's return to old stomping grounds, this year's rookie signal-callers continued making strides in charting their own paths at the pro level.


Let's check in to examine how these promising quarterbacks are coming along at the near-quarter mark of the 2021 season.

The Jaguars nearly snapped their franchise-worst losing streak last Thursday. Jacksonville's 14-point halftime lead against Cincinnati was the team's largest since Week 3 of the 2019 season. Lawrence looked quite impressive in helping the Jaguars build their lead.

As halftime neared, he showed off ample athleticism on his connection with Laviska Shenault Jr. late in the second quarter. The pass covered 49.3 yards of air distance (point of throw to catch), according to NFL Next Gen Stats, marking the longest completion of Lawrence's NFL career.

Jacksonville was eventually outscored 24-7 in the second half en route to the team's 19th straight loss. The streak trails only the Buccaneers (26 straight from 1976-77) for the most consecutive losses in NFL history.

Fortunately for the Jaguars, Lawrence continued pushing the ball downfield in search of big plays, such as this third quarter connection with Jamal Agnew. He also finished an NFL game without a turnover for the first time in his career.

Lawrence started the season with multiple interceptions in each of his first three starts.

Wilson's yardage total Sunday marked the highest by any Jets QB over the last two seasons, and the young rookie made each one count. New York scored only 20 points through its first three games but found a spark as Wilson continued getting comfortable against Tennessee's defense.


His 53-yard fourth-quarter connection with Corey Davis gave the Jets their first lead of the entire season and spread good vibes throughout MetLife Stadium.

After earning his first career win, Wilson checked in with Jets fans to pay those good vibes forward.

Starting quarterback Jimmy Garoppolo sat out the second half against Seattle due to a calf injury. Lance stepped in and found a groove through the air and on the ground.

On this 76-yard connection with Deebo Samuel, the wideout gained 17.6 yards of separation at the time of his catch, marking the most wide-open receiver on a touchdown this season, per NFL Next Gen Stats.

The pass also made Lance (21 years old) the youngest player in 49ers history to record a 75-yard touchdown pass.

Though he has completed just over half his passes this season (52.6 percent), Lance retains the confidence of head coach Kyle Shanahan, who recognizes the challenge of finding the perfect time to get his young quarterback more experience.

"We've been playing with rookie running backs since the second play of the first game and we've got a rookie quarterback right now," Shanahan said Sunday.

"Hopefully, Jimmy is better, and not as bad as we think, but Trey is here for a reason. You want to give him time, you want him to be fully ready, but you don't always have that luxury."

Fortunately for Fields, the biggest improvement in his second start compared to his first begins with Chicago's pass protection. He was sacked only once Sunday after being taken down nine times in the previous week against the Cleveland Browns.

Chicago's three-touchdown outing against Detroit matched the team's total output over its 1-2 start. More time in the pocket could allow Bears fans to grow accustomed to Fields pushing the ball downfield for big plays.

This 64-yard pass to Darnell Mooney was the longest by any Bears quarterback since Mitchell Trubisky completed a 70-yarder to Tarik Cohen in 2018.

Tom Brady's return to Foxborough rightfully overshadowed the Week 4 action in one the most highly-anticipated returns in sports history. Fortunately for New England, there were a few high-upside moments as the Patriots did their best to keep pace with the defending champs.

Jones' highlight moments came as he completed 19 passes in a row to set the longest completion streak by a rookie in the last 30 years.

Coincidentally, his hot hand matched Brady (Sept. 10, 2015 against the Pittsburgh Steelers) for the longest such streak by a Patriots player since 1978, when the NFL first implemented a 16-game schedule. 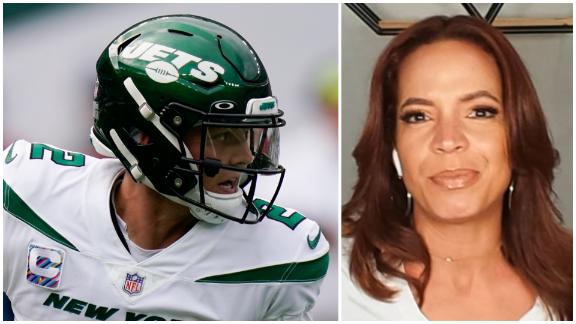