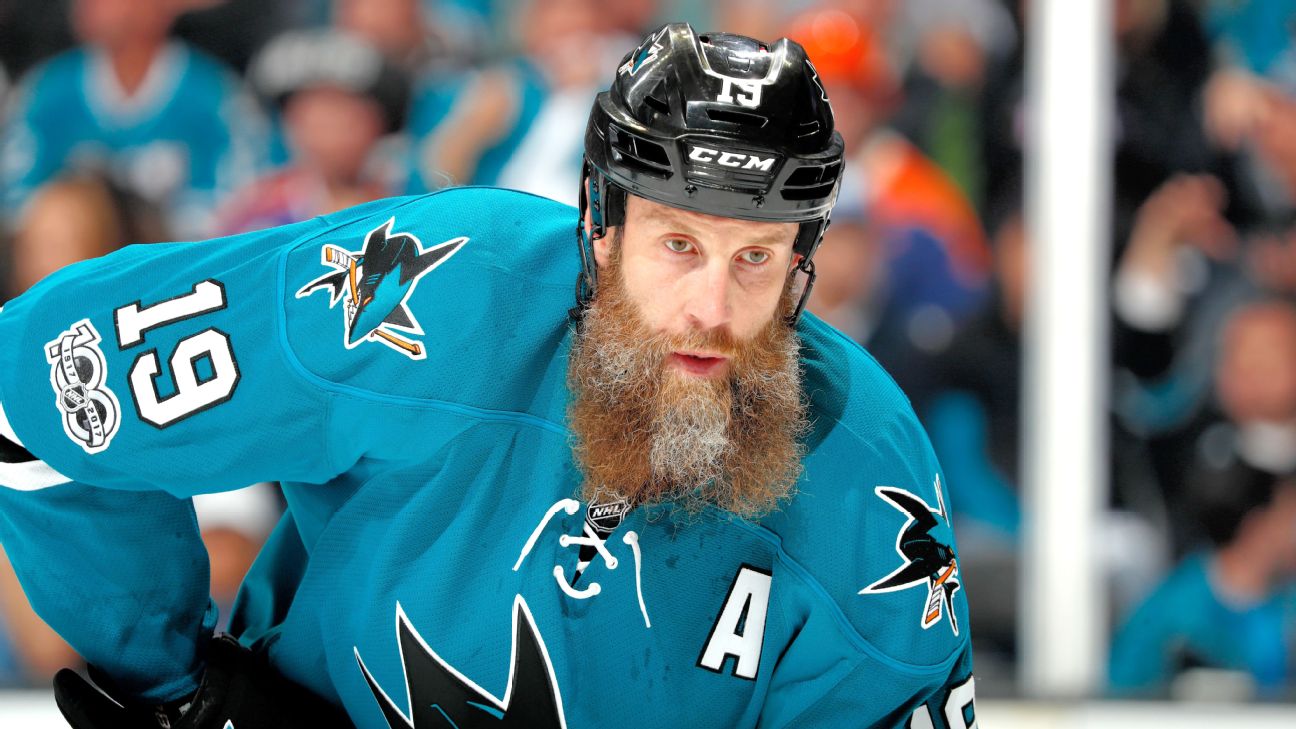 San Josestar center Joe Thornton has been suspended for Game 4 of the Sharks' series againstVegasfor an illegal check to the head of Golden Knights forward Tomas Nosek in Game 3, the NHL's Department of Player Safety has announced.

In the second period of Saturday night's 6-3 win for the Golden Knights, Nosek played the puck in his defensive zone while skating toward the back of the Vegas net. Thornton was skating toward Nosek and delivered "a direct shoulder into Nosek's head," according to the NHL.

While the Knights player was slightly crouched, he didn't change the position of his body before Thornton delivered the hit. The NHL argued that Thornton could have delivered a full check through Nosek's shoulder rather than his head.

Thornton earned a minor penalty for the hit at 16:54 of the second period. His last suspension came during the 2010-11 season.

After Game 3, Thornton defended his hit on Nosek. "Honestly, I thought I barely touched him. He came right back. It's just one of those plays. I think my son hits me like that six times a day, it's just a weird position he put himself in. That's all," Thornton said.

Ryan Reaves, Nosek's teammate, disagreed with that assessment on Monday. "I've got a buddy with a grandpa who's going through the same thing. He can't see very well because he's getting old. Needs glasses. If he gets suspended, he's going to have a hard time seeing from the press box," he told the Las Vegas Sun.