When the NHL paused its season because of the coronavirus on March 12, San Jose Sharks president Jonathan Becher was congratulated by a friend for "having summer vacation early."

Like most things related to COVID-19, there was perception, and then there was reality.

"I feel busier than I have felt in a very long time," Becher told ESPN last week. "We've had to plan for so many different things."

While other NHL teams responded to the crisis with staffing and salary reductions, the Sharks took a different path.

"We're one of those teams that have not done any pay reductions or furloughs at this point. We're paying everyone that's essentially using us as a primary source of income," Becher said. "Even if the events aren't happening, we're still paying these people."

Last week, the Sharks expanded that support with the Sharks Sports & Entertainment COVID-19 Relief Fund, which provided individual grants to part-time staffers from their facilities who qualify for support based on income level. Sharks ownership, players, coaches, front-office staff, corporate partners and others have already pledged more than $200,000 to launch the fund. More donations can be made through the Emergency Assistance Foundation.

Why did the Sharks decide to be this proactive?

"We were born in San Jose. We've always been here. Most of our players live here as well, and many of them have houses nearby. Our practice facility is in San Jose. We're a community sport," he said.

Right now, SAP Center is closed. Santa Clara county's stay-at-home orders run through May 31. If the Sharks play again in the 2019-20 regular season, it will likely be in an empty arena out of town. The next time the Sharks play in San Jose could be as late as December. By then, other pro sports will likely have welcomed fans back into their buildings in some capacity.

As Becher said, the Sharks are the community team. At some point, that community will return to watch them play. When that happens, the team hopes its prepared for many different things.

It's a question many have asked about NHL teams during this pandemic: Does insurance cover any of this?

"The short answer is no. There are some cases where insurance can help, but almost all policies don't have a pandemic exception in them," Becher said. "I don't think any of the lawyers drawing up these policies were alive back in 1918, the last time we went through this."

Which means teams like the Sharks are looking at significant monetary losses that would be made more significant if the regular-season isn't completed in some fashion. The Sharks have 12 games remaining, but only five of them were home games.

"We don't want to play again until it's safe for the players, the coaches, the staff and whoever facilitates [those games], wherever they are. When we're comfortable, and I think the league is comfortable that you can put games on safely, then those other things come secondary," said Becher.

Among those other things are the teams' rights deals with local broadcasters and contracts with sponsors.

"The reality is that it's a highly nuanced situation. I'm sure someone will come up with an exception. If your partner says they have to have dasher visible on TV, and it's visible in our building but only partially visible in another building, does that count or not? You deal with that when you get there," said Becher. "It's very market-specific. But it's also sponsor-specific. Some people just want a certain number of activations. And they don't care if those activations all happened in 30 of the 41 home games. For others, they want it happen across every game, including away games."

Then there are the Sharks' ticket holders.

"If you're a season-ticket holder or a suite holder, you have a contract for a certain number of games. If there less than those number of games, the question then becomes whether you take a refund or you take a credit into next year," said Becher. "Most people want to come back next year, so now there's a choice: I'll pay less for next year, or I'll get money back and pay the full price next year. The math is the same."

Would the Sharks raise ticket prices next year to compensate for the financial losses?

"No. Absolutes in life are a terrible thing to say, but no," said Becher. "It's not something we've been thinking through. I currently can't imagine a circumstance where that would happen. I mean, maybe if we're allowed to, there's an 'experience package' that we can sell that's more than just the ticket. Hockey is built as a blue-collar sport. I don't want to give up that tradition."

Like every other NHL team, the Sharks are waiting for word on when -- or if -- the NHL will restart its season. Once that's established, then the schedule for 2020-21 gains clarity; and once it gains clarity, then Becher and his staff can start to piece together dates for all the events SAP Center had to bump due to COVID-19.

"The reality is that we have a whole bunch of events that want to come to the building, but they're waiting to find out when they can as well. We're a hockey-first building. The decision that the league will make relatively soon -- because when we lock down a date for the 2019-20 season, we can start planning for the 2020-21 season -- is when the first home weekend will be. Once you do that, you look at the old schedule and just rotate it by, say, 30 days or 45 days. Maybe it's only two weeks, depending on how fast this goes. Then we go back to the promoters and tell them what weekends are open and which ones aren't," he said.

As Becher said, the good news is that SAP Center is a "hockey-first" building, and hence the Sharks are the master scheduler. The frustrating news is that, as the team found out in March, the ability to open their arena's doors -- and how wide they can open them -- is a call the local government will make.

"The most important thing is, 'When are large events going to be allowed in Santa Clara County?' The best guess is that it's an evolving thing: 10 people and then 50 people and then 100 people. You'll see Sharks Ice [practice rink] open before SAP Center does. You'll probably have an individual lesson before a group lesson. That seems practical. We'll likely have smaller events before we can have an 18,000-person hockey game," said Becher.

The Carolina Hurricanes were one of the first NHL teams to say they were modeling the economic impact of capping capacity at a lower threshold for home games next season, due to social distancing and other COVID-19 concerns. Becher confirmed the Sharks are doing the same, and said they're modeling for dozens of other scenarios.

"Here's the way I think about it: We don't know when we'll be back. We don't know what the rules are when we get back. But we can guess 8-10 likely scenarios. For example, we already know how to put on a game with full fans. That's the best-case scenario. We also had to model how to put on games with no fans in the building, which is something we were almost forced into doing," he said, noting that the Sharks were prepared to play inside an empty SAP Center beginning on March 19. The NHL paused its season a week earlier.

"Scenarios like if there's no fans, and it's TV-only. There's no fans, with just TV and radio. A TV broadcast truck requires a bunch of people. Maybe we're allowed 250 people, roughly -- that's a crew, coaches, doctors on site and other things. The minimum number of people is a lot more than you'd think. And it's a big building,"

Then there's the question of which fans actually get in the building once restrictions start to loosen.

"What if, on top of that, the only people you're allowed to have are ones in suites, because all the suites have glass enclosures on them and they sit between 12-18 people? Maybe groups of 12-18 people are allowed, so we'll build a model for that. I don't know that's something that will be suggested, but that's a model we can build. What if it's only 1,000 people? OK, now we lay 1,000 people into the upper and lower bowls, and we talk about how we'll get them in through the doors, what that looks like. We probably have to give them times for them to show up. And which 1,000 get in? We have between 8,000-10,000 season-ticket holders. We have to think through that," said Becher.

Whatever the capacity, the Sharks must figure out how to ensure, to the best of their abilities, the health and safety of the crowds.

Entrepreneurs from all walks of life have approached the Sharks, believing they have something the team needs in order to reopen their building.

"I got off the phone with one just recently, who claims to have built a piece of technology that will 100 percent certain safeguard buildings from coronavirus because it can kill the virus as its expelled from someone's mouth," he said.

The response to those pitches is inevitably the same: Get certification. Get proof of concept. Then, maybe they talk.

"In a weird way, I like it, because it means the collective intellectual power of the world is trying to solve this problem," said Becher. "And to me, that makes me hopeful that we can solve it."

The Sharks are considering all ideas about keeping their fans safe and healthy, because no one is sure what protocols will need to be in place when the arenas reopen.

"People have speculated that maybe everybody has to have their temperature checked. OK, if that ends up being true, then how many thermal thermometers would we need? How long would it take to buy them? We're not going to buy them now if we don't need them," said Becher.

"Which doors do we open up? Do we have to tell people to wear masks? What happens if someone shows up without a mask? We probably have to sell them or give them one. Do we turn them away? We're just building, scenario by scenario."

The Sharks have already come under fire once for their approach to the COVID-19 pandemic. The team played three home games -- against the Minnesota Wild on March 5, the Ottawa Senators on March 7 and the Colorado Avalanche on March 8 -- after the Santa Clara County Public Health Department recommended all public gatherings of more than 1,000 people be canceled or postponed.

Becher has defended the decision, since it was a recommendation from the county and not a mandate. As far as potentially canceling those games? "Technically, the league is the only one that can cancel a game," he said, something that was echoed by the NHL in an email to the Mercury News.

The county's early, and stringent, guidelines during the pandemic may actually work in the Sharks' favor when it comes to reopening. Becher said he knows some fans will be hesitant to return to mass gatherings. Perhaps some of that hesitation wanes if the county lifts restrictions.

For the Sharks, the objective right now is to be ready for that moment when the building can open and the fans can return. They don't know when that will be. They don't know how it'll work. They just know they have to be prepared.

"Whatever is decided probably won't be one of our models. But the hope is that it's a combination of things we're already worked through, so we can be ready in a short number of days," Becher said.

"We build likely outcomes and one of those hopefully happens. What we're not doing is starting from scratch." 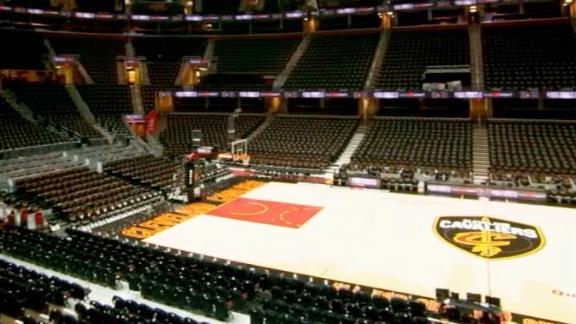 The financial cost of the coronavirus shutdown on sports
With most sports shut down for the time being, it is costing $12 billion -- and that could more than double if the NFL and college football schedules are wiped out this fall. 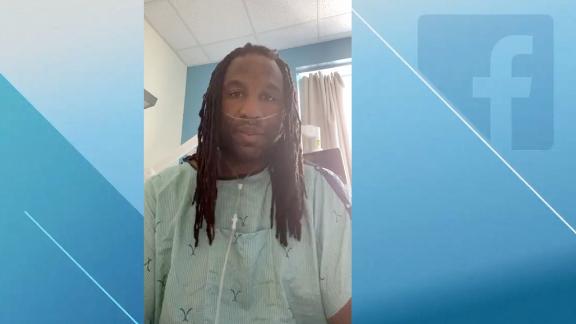