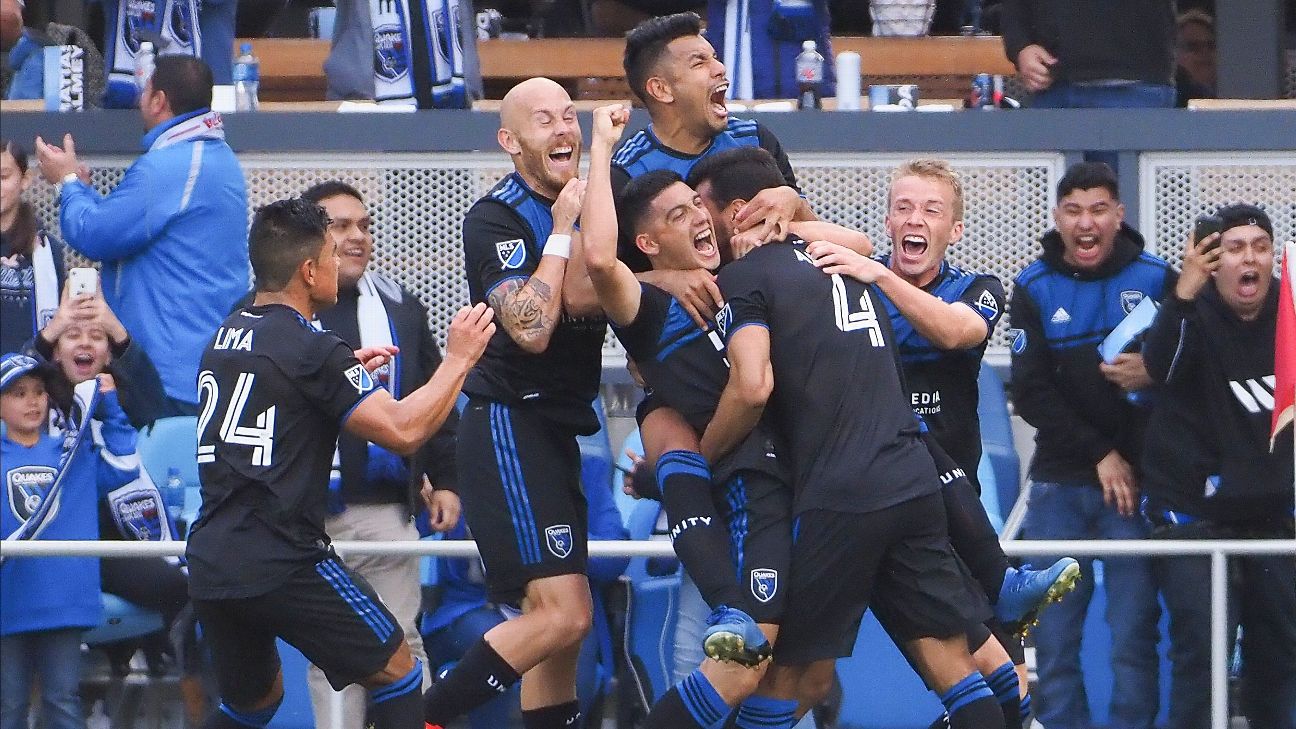 Oswaldo Alanis scored on a free kick in the fifth minute of second-half stoppage time as the host San Jose Earthquakes overcame a two-goal deficit to post a 2-2 draw with Toronto FC on Saturday in the season opener for both teams.

Andres Rios also tallied in the 53rd minute and Daniel Vega finished with two saves for the Earthquakes, who own a 9-11-3 record all-time in season openers.

Alejandro Pozuelo converted a penalty kick in the 40th minute and defender Richie Laryea scored in the 51st minute for Toronto FC, who fell short in their bid to win for the fifth time in their last seven season openers.

Quentin Westberg made three saves before Alanis' tally prevented the Reds from making coach Greg Vanney a winner in his 100th match with the club.

Alanis' goal extended Toronto FC's winless drought to five matches in San Jose. The Canadian contingent last won on the road against the Earthquakes in 2010, courtesy of a 3-1 decision at Buck Shaw Stadium in Santa Clara, Calif.

Toronto FC forward Jozy Altidore was taken down in the penalty area by Rios to set up a penalty kick. Pozuelo calmly sent a right-footed shot inside the right post to open the scoring in the 40th minute.

Pozuelo is looking to build on an impressive first season with Toronto FC in 2019. He led the club in goals (12) and assists (12).

Toronto FC doubled the advantage 11 minutes later. Tsubasa Endoh's shot from the center of the box was denied by Vega, however an unmarked Laryea cleaned up the rebound. The goal was Laryea's second of his MLS career.

San Jose captain Chris Wondolowski, who is the MLS' all-time leading scorer, entered the match in the 66th minute. The 37-year-old has indicated that this season likely will be his last. 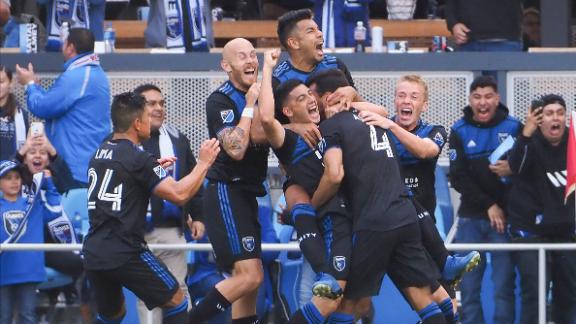