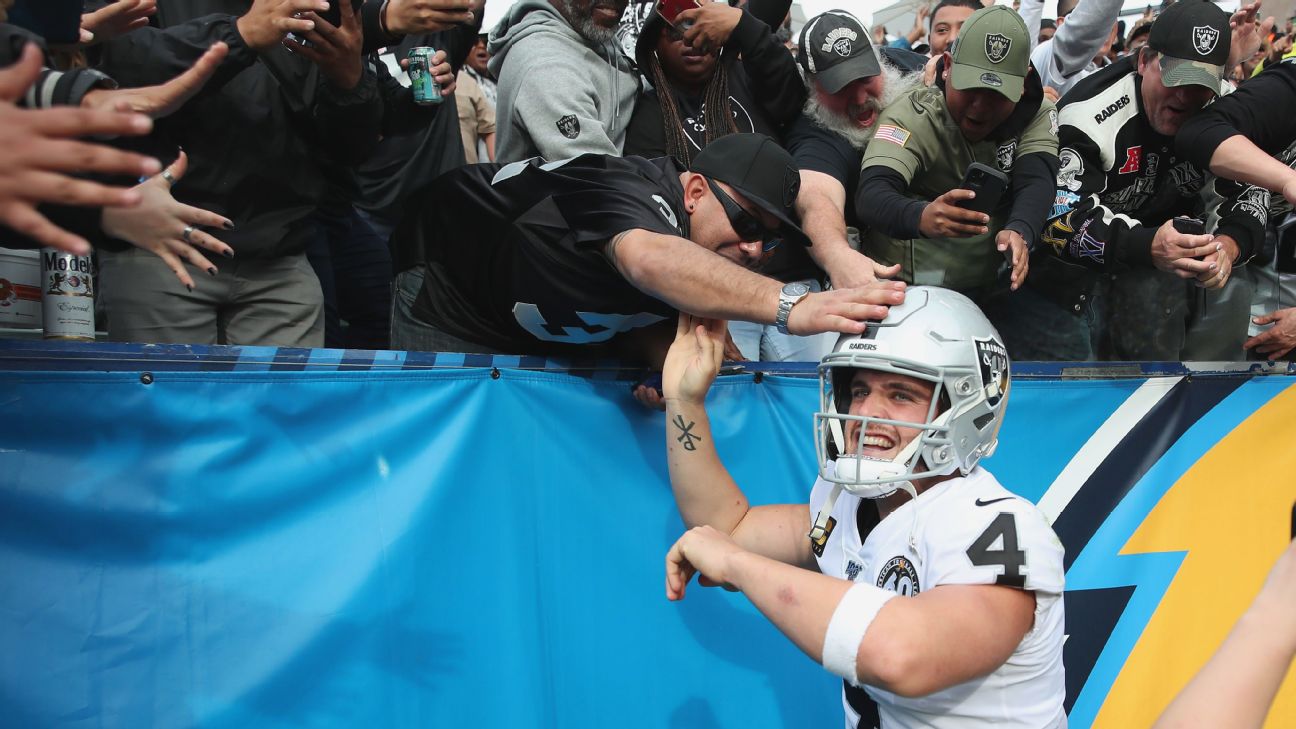 ALAMEDA, Calif. -- Derek Carr is looking forward to "some fresh air" in Las Vegas after an ugly end to his time in Oakland as Raiders quarterback, even as speculation mounts that he will not be with the team in Southern Nevada.

"Very much," Carr said Monday during locker room clean-out day, when asked if he was looking forward to the move. "It's exciting. I think it's time for some fresh air."

Carr, who signed a five-year, $125 million contract extension in the summer of 2017, was booed out of the Oakland Coliseum on Dec. 15 in an ugly scene, with fans throwing trash and food on the field following a last-minute loss to the Jacksonville Jaguars. Emotions were already high, as it was the last Raiders' game in Oakland before the franchise relocates.

"I had some good meetings with my coaches, and I'm looking forward to Las Vegas," he said Monday.

Despite a revolving door at receiver, running back and on the offensive line due to injuries, Carr had career highs in passing yards (4,054), yards per attempt (7.9) and completion percentage (70.9), and his eight interceptions were the second fewest of his career.

"I don't think it's a surprise that ... being in the same system in Year 2 is both my best years," Carr said, referring to 2016 under head coach Jack Del Rio and offensive coordinator Bill Musgrave, and this season under Jon Gruden and Greg Olson. "Just by far, statistically, career highs in almost everything. Except wins. We need to get more wins and I think everyone will chill out."

Still, Gruden seemed to grow frustrated with Carr's apparent reluctance to extend plays with his legs at times.

"Earlier, he played more of a role as coach on the field, with all the change that we had around him. We had different receivers almost every week. Different tight ends, different backs, different linemen, and I think his patience and his ability to coach guys in practice and on the grass on gameday was a real area of improvement. He did some good things, no doubt."

Carr's 55 losses are the second most by a quarterback through his first six seasons, trailing only his brother David's 56 defeats through six years.

"But this one feels better ... because everybody's so young and everybody's so hungry," Carr said. "We really see what could happen. We felt we should have won 10 games, looking back at it. Like, golly, there's three just off the top of my head we had."

Carr was referring to losses to the Broncos, Jaguars and Houston Texans.

"And so, we're sitting here having a different conversation, we're preparing for a playoff game, if that's the case, right?" Carr said. "That's how close this game is. But we're definitely ... excited. It's definitely very similar, but I say it's more exciting because we know who's going to be around.

"I think we all agree that we're in a better position now than we were a year ago. A year ago ... we had a lot that we needed to address. We still have some things we need to address but [we're] definitely [in] a better place."

The Raiders plan on holding their offseason program in Alameda, training camp in Napa and then making the formal move to Southern Nevada, where the team facility will be in Henderson and the $2 billion Allegiant Stadium is just off the Las Vegas Strip.

Asked if the Raiders will be preparing for a playoff game a year from now, Carr exhaled. 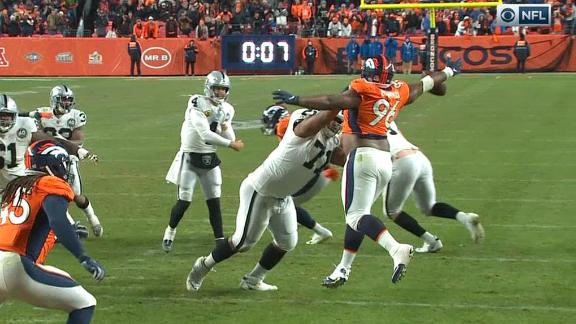