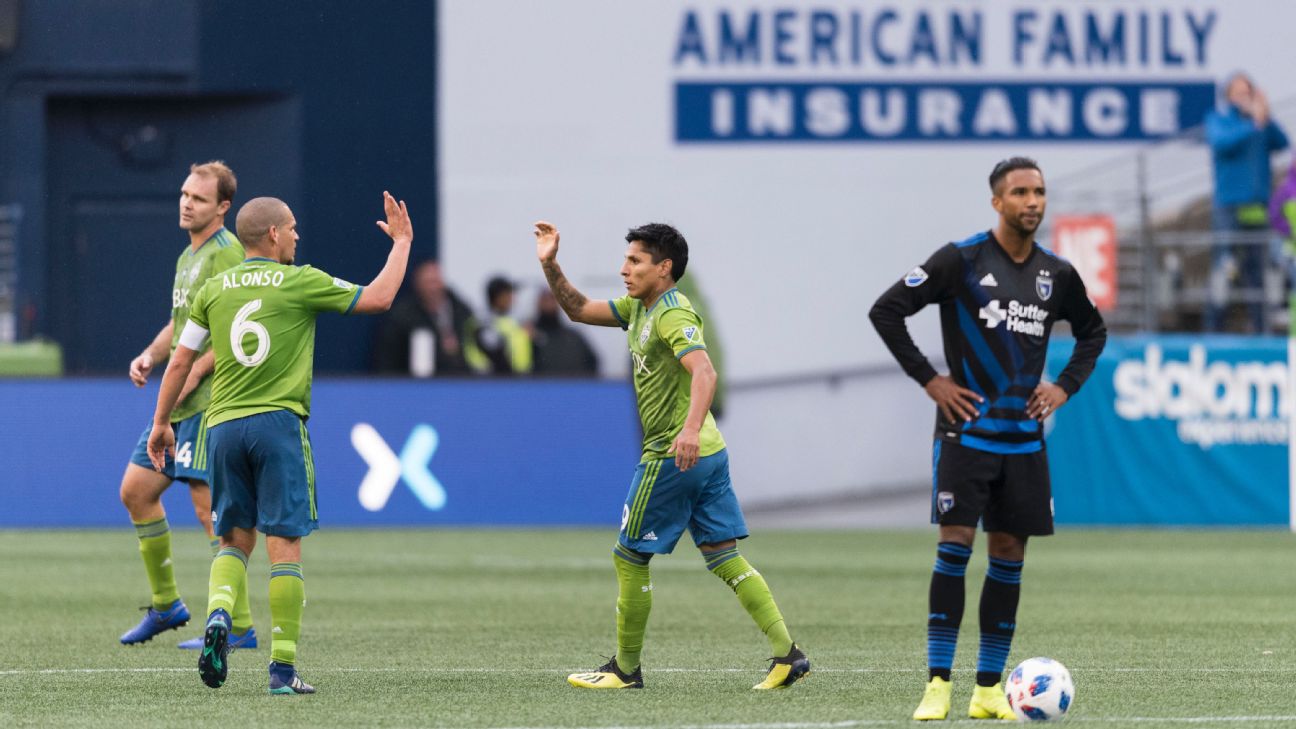 Raul Ruidiaz scored two late goals, including the winner in second-half stoppage time, as the Seattle Sounders rallied for a 2-1 victory against the visiting San Jose Earthquakes on Sunday afternoon to earn a first-round bye in the MLS playoffs.

The Sounders, who entered the regular-season finale in fourth place in the Western Conference, won for the 14th time in their last 16 games to move into second and gain a spot in the conference semifinals. Seattle moved past FC Dallas, which lost 2-1 at lowly Colorado, and Los Angeles FC, which suffered a 2-1 defeat at first-place Sporting K.C.

In the third minute of extra time, Seattle's Victor Rodriguez drove down the middle of the field and sent a pass to Nicolas Lodeiro at the top of the 18-yard box. Lodeiro's one-touch pass found Ruidiaz and he put a right-footed shot from near the penalty spot into the lower left corner past diving San Jose goalkeeper James Marcinkowski.

Ruidiaz tied the score at 1-1 in the 79th minute, taking a cross from Cristian Roldan on the right wing at the far post and redirecting it into the net from close range.

The Earthquakes, who finished with the league's worst record, took a 1-0 lead on an own goal by Seattle's Chad Marshall in the 64th minute.

San Jose's goal came after Danny Hoesen drove down the right wing and made a cross for Chris Wondolowski. The ball deflected off Marshall and found its way inside the near post, leaving Seattle goalkeeper Stefan Frei with no chance.

In the 11th minute. Hoesen's shot from just outside the 18-yard box was stopped by a diving Frei, with the rebound going straight to Wondolowski at the right edge of the 6-yard box. His sharp-angle shot missed wide right of the post, hitting the side netting, as Frei scrambled to get into position.

In the 38th minute, Hoesen's cross from the right wing was just out of the reach of Wondolowski, who made a sliding attempt to get a foot on the ball at the far post.