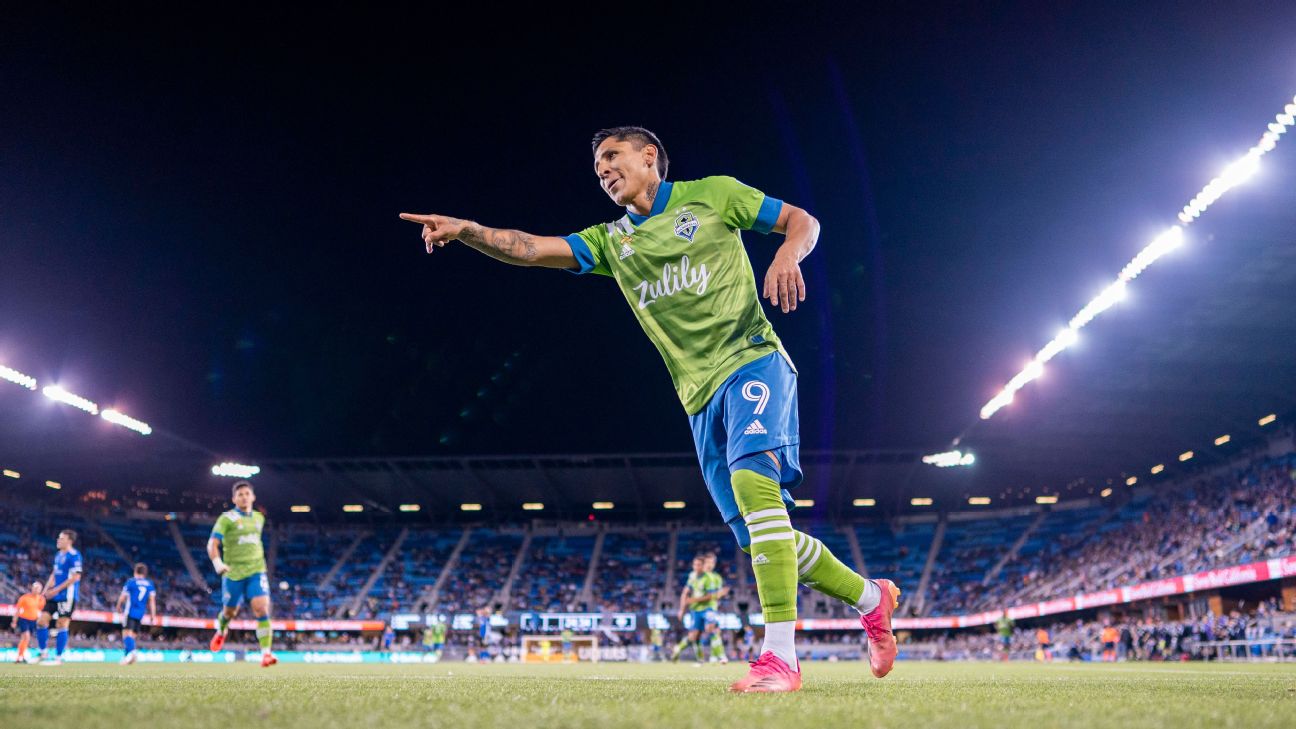 Raul Ruidiaz scored twice in the first half and Cristian Roldan had a goal and an assist as the visiting Seattle Sounders controlled things throughout in a 3-1 win over the San Jose Earthquakes on Wednesday.


Seattle, which has eight matches remaining and a game in hand on second-place SKC, has won back-to-back games for the first time in five weeks and has captured six of its past eight matches.

The result snapped a two-game winning streak for San Jose, which played without Cristian Espinoza because of yellow-card accumulation. The Earthquakes (8-10-9, 33 points) are in 10th place in the West, and they are four points under the playoff line.

Ruidiaz put the Sounders in front in the 25th minute, scoring with a left-footed shot from the center of the box to the bottom left corner of the net past San Jose keeper JT Marcinkowski. Roldan earned an assist on the tally with his pass to start the play.

Ruidiaz added to the lead in the 42nd minute on a penalty kick. The penalty was awarded after Marcinkowski came off his line and dived at the feet of Roldan, who was in a goal-scoring position.

The multi-goal game was the fourth of the season for Ruidiaz, who has 16 tallies overall, second in MLS to D.C. United's Ola Kamara. Ruidiaz did not play in the second half after sustaining a left leg injury just before halftime.


Roldan kept things for rolling for Seattle in the 49th minute, running hard to the far post to kick home a crossing pass from Jimmy Medranda.

The Earthquakes responded almost immediately. The Sounders' Shane O'Neill knocked the ball into his own goal in the 51st minute while under pressure inside the 6-yard box by San Jose's Benjamin Kikanovic.

Seattle captured the season series with the victory after the teams split their previous two meetings of 2021.