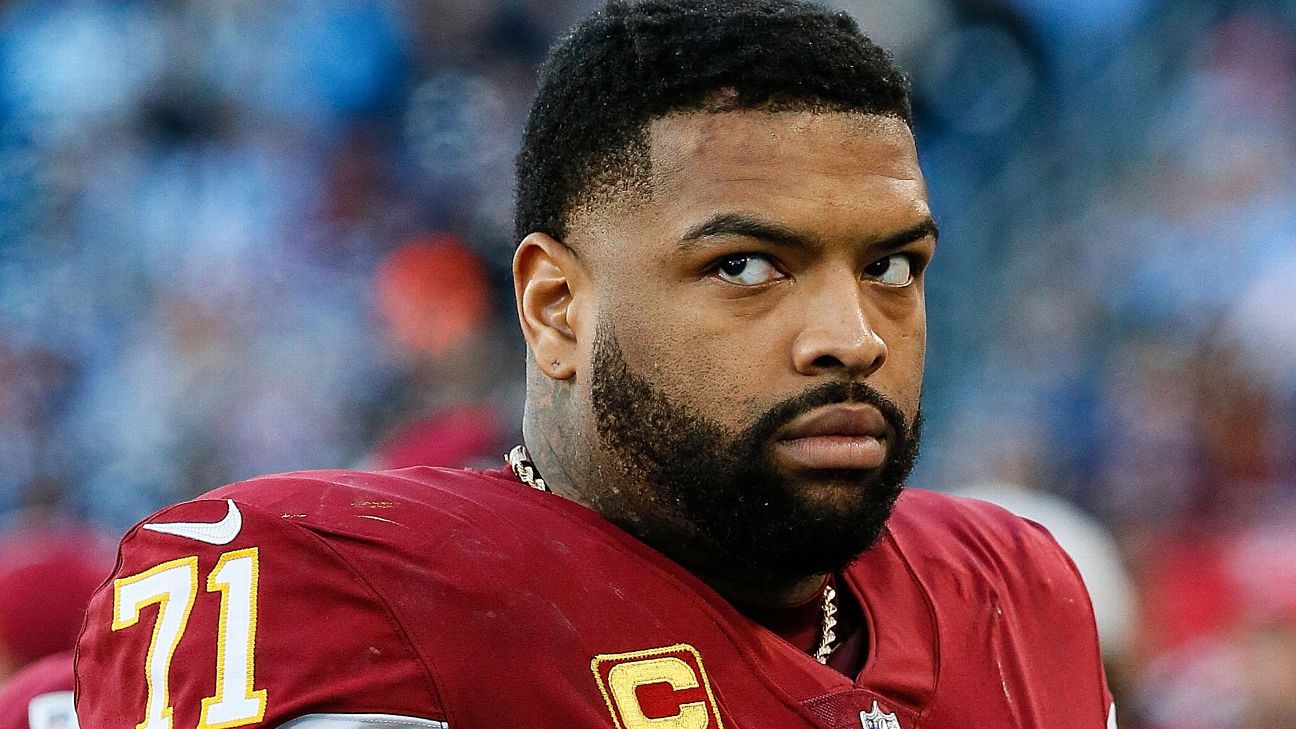 The Washington Redskins on Saturday traded perennial Pro Bowl offensive tackle Trent Williams to the San Francisco 49ers, ending a nearly yearlong dispute with the team that drafted him.

The Redskins traded Williams to San Francisco in exchange for a fifth-round pick in this year's NFL draft and a third-round pick in 2021, the 49ers announced.

"I'm thankful this is over," Williams said via text message. "I thank [Redskins owner] Dan [Snyder] and the organization for all they've done for me. Still a lot of love for the fans and that locker room. Now I'm focusing on being the best player I can possibly be for the San Francisco 49ers."

The trade was set in motion with six-time Pro Bowl offensive tackle Joe Staley'sdecision to retire due to health concerns. The 35-year-old Staley wanted to inform the 49ers in a timely way to help find a replacement, sources told ESPN's Adam Schefter.

Williams and the 49ers are expected to restructure the final year on his contract, a source told Schefter.He is scheduled to make $12.5 million this season.

"The time has come to part ways," Williams' agent, Vincent Taylor, said in a statement. "Trent Williams is ready to get back to competing in the NFL and is glad to be a part of a great organization like the San Francisco 49ers."

Sources said the Redskins nearly reached a deal with the Vikings on Friday but Williams then told both sides he didn't want to play for Minnesota. Williams denied that, and Taylor released a statement rebutting that as well.

It ended well for Williams, as he will be reunited with San Francisco coach Kyle Shanahan, who was the offensive coordinator in Washington when the Redskins drafted him fourth overall in 2010.

"We're all relieved it's over and done," said Redskins vice president of player personnel Kyle Smith. "It was a unique situation where there were a lot of different layers to it and we did the best we could. We're all moving in our own direction and we wish him the best."

Smith said Williams is first-round value, but that the "circumstances and everything that's gone into this for two years or whatever it's been, that's what devalued him. We're very happy with what we got. It's time to move on. I can't wait personally to stop talking about it, I can't wait to stop hearing about it.... This is resolved. It's over."

Washington had been shopping Williams for more than a month and gave his agent permission on March 24 to seek a trade.

The Redskins and Williams had long been headed for a divorce, dating back to June when he first asked the organization to be traded or released. There was a difference of opinion as to why. Williams said he was upset over what he said was inadequate medical treatment involving a cancerous growth on his scalp. Sources with the Redskins said at the time -- and still maintain -- that it was all about wanting a new contract.

At the time, Williams had two years left on his contract with no guaranteed money.

Williams reported to Washington shortly before the trade deadline on Oct. 29. He later said he was upset the organization didn't aggressively shop him, saying any trust with then-president Bruce Allen had been broken.

Regardless, by reporting, Williams received credit for a season played, even though the Redskins flunked his physical and eventually placed him on the reserve/non-football injury list.

There was some hope the relationship could be repaired after the season. The Redskins fired Allen and head athletic trainer Larry Hess in December. But Williams' side also was upset that new coach Ron Rivera met with free-agent tight end Greg Olsen in early March before he had contacted Williams.

Rivera and Williams had one brief face-to-face conversation. Rivera has not wanted the team to extend any player contracts, including Williams', saying he wants to get to know his players first. That philosophy also applied to veteran linebacker Ryan Kerrigan, who is also entering the final year of his contract.

The Redskins will have to settle on a replacement. Veteran Donald Penn started at left tackle in 2019 but remains a free agent. They signed Cornelius Lucas in free agency, but he has started just 16 games in six years. They also have third-year player Geron Christian, but he has a long way to go. Last season, when the Redskins focused on playing young players down the stretch, Christian, a third-round pick, remained on the bench. He has started two games in his first two seasons.

But replacing Williams' on-field talent won't be easy. His athleticism made him a unique player. Teammates often cited him as the Redskins' most athletic player. It allowed him to block well in the open field and for the Redskins to execute certain runs or screens.

That talent is what led Washington to draft him fourth overall in 2010. Williams fulfilled his promise and eventually became a team captain. However, he was suspended twice for violating the NFL's substance abuse policy, with the last time occurring in 2016.

Williams was a second-team All-Pro selection in 2015. 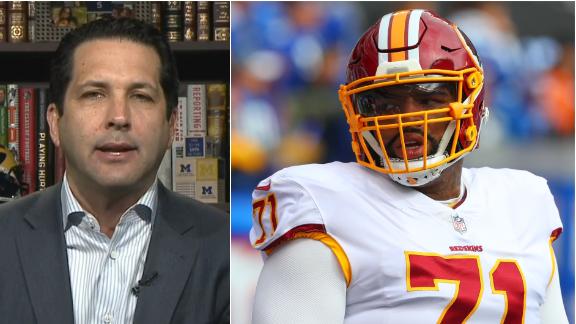