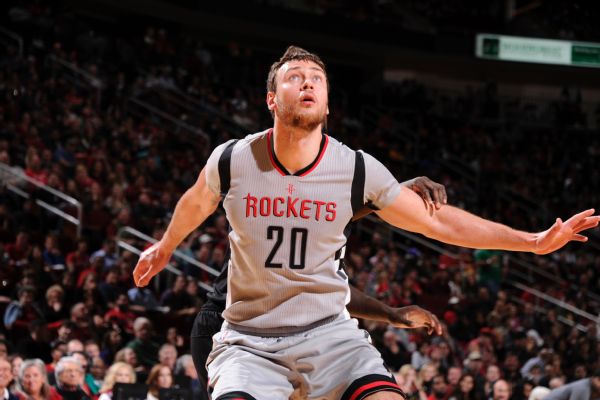 Rockets GM Daryl Morey said in a statement the team was in "extensive discussions" with Motiejunas' agent, B.J. Armstrong, and the league office regarding his status.

The decision comes one week after the Rockets signed Motiejunas to a four-year, $31 million deal. But after taking a physical, Motiejunas told ESPN he was sent home. Rockets officials declined to comment on whether Motiejunas failed the physical.

Two days later, the Rockets signed Motiejunas to a new deal, but another hangup occurred last Friday after he reported for his physical.

Thursday's development means Motiejunas is now an unrestricted free agent, and according to a source, he can now sign with any team but the Nets. Under the original terms of the offer sheet, he was not allowed to sign with the Nets for at least one season.

With Motiejunas gone, the Rockets re-signed guard Bobby Brown, and he is likely to be available for Friday's game against the New Orleans Pelicans.

In four seasons with the Rockets, Motiejunas averaged 7.8 points and four rebounds per game. After undergoing a lumbar microdiscectomy on his back in April 2015, he suffered a setback during rehab and underwent a second minor procedure in the summer of 2015.

Motiejunas eventually returned to the Rockets in the 2015-16 season, playing in 37 games. However, the Rockets traded him to the Detroit Pistons at the trade deadline, only to have that trade be rescinded by the league after he failed a physical.

And now the Rockets have officially cut ties with him.

"Donatas was a true professional throughout his four seasons with the Rockets," Morey said in his statement. "We wish Donatas the best moving forward and want to thank him for his contributions both on the court and in the community."