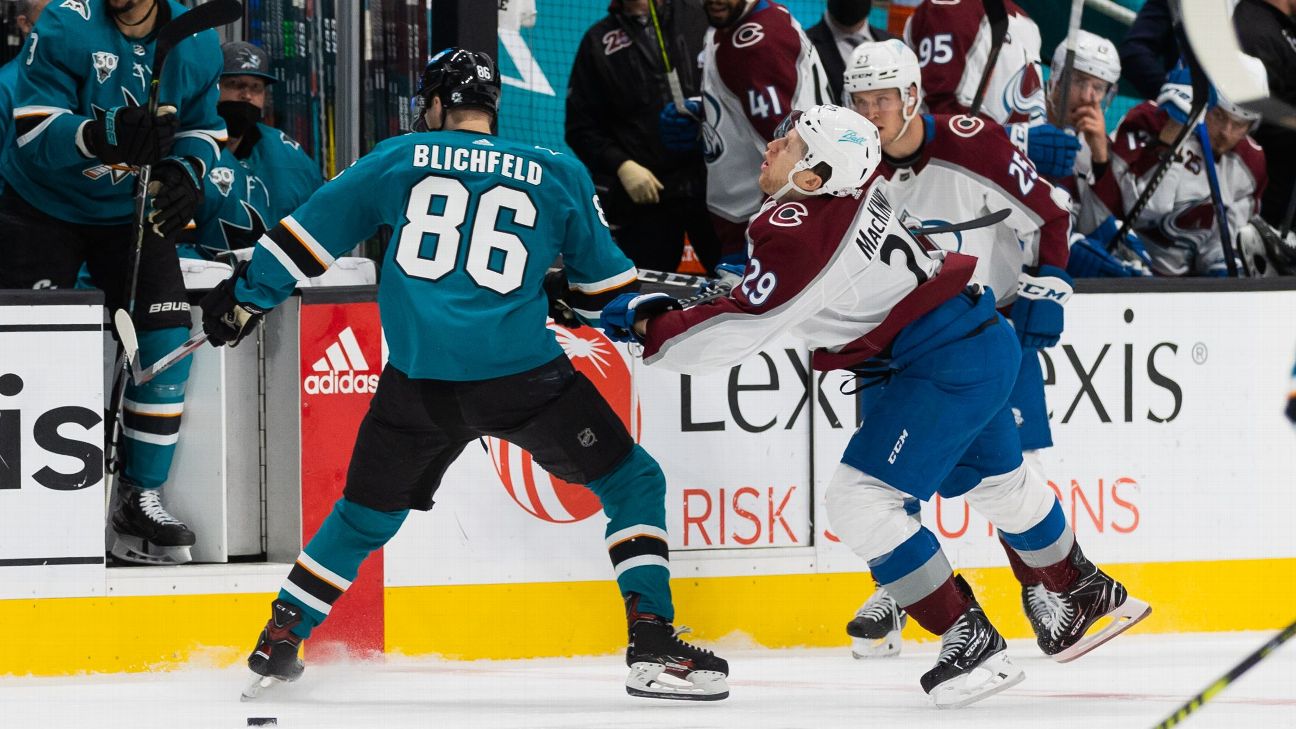 NEW YORK -- San Jose Sharks forward Joachim Blichfeld was suspended for two games without pay by the NHL on Thursday for an illegal check to the head of Colorado's Nathan MacKinnon.

Blichfeld was called for a match penalty Wednesday night when he hit MacKinnon on the way to the bench in the third period of a 4-0 loss. MacKinnon didn't return but coach Jared Bednar said after the game he believed MacKinnon was not hurt seriously.