SAN JOSE, Calif, -- Tomas Hertl got San Jose off to the fast start that had been missing the past three games, Martin Jones came up with the big saves and the Sharks staved off elimination by beating the Vegas Golden Knights 5-2 in Game 5 of their first-round series Thursday night.

Hertl scored his first of two goals just 76 seconds into the game to give the Sharks their first lead since Game 1. Logan Couture, Barclay Goodrow and Joe Pavelski also scored to cut the Golden Knights' lead in the series to 3-2 heading into Game 6 in Vegas on Sunday night.

Jones made 30 saves after getting pulled in two of the past three games, including a brilliant pad save midway through the third period to rob Reilly Smith's attempt at the tying goal on a 2-on-1 after Vegas had cut it to 3-2 on Jonathan Marchessault's power-play goal.

The Sharks then responded on a power-play of their own when Marchessault was called for high-sticking Couture in the face. The referees initially didn't make a call before huddling together after Couture rushed to the locker room holding his face.

Hertl capitalized when he knocked a rebound past Marc-Andre Fleury to make it 4-2.

Pavelski sealed the win with an empty-net goal.

Fleury made 24 saves after a shutout in Game 4. Smith scored earlier in the game on a power play for the Golden Knights, who were hoping to eliminate the Sharks on their home ice for the second straight year.

There was nervous energy in the Shark Tank following three straight games when San Jose fell behind in the opening 90 seconds and never led at any point.

That quickly turned to celebration when the Sharks were the team that ended up with the early goal. Hertl skated in on the rush and beat Fleury for his third of the series to give San Jose its first lead since the opener.
The Sharks confidence only grew when they added a second goal midway through the period. Jones made a stop against Max Pacioretty and Erik Karlsson gathered the rebound and sent a stretch pass to Timo Meier. Meier deked Deryk Engelland and got a shot on goal that Fleury stopped but Couture knocked in the rebound.

The Golden Knights got on the board in the final minute of the period after Evander Kane took a penalty on a hard hit while forechecking in the offensive zone. Reilly Smith sent a centering pass from behind the net that deflected off Karlsson's stick and into the net.

The Sharks then picked up their level of play again in the second period and had some good chances early that Fleury turned away. Jones stepped up on his end as well, stopping Alex Tuch in all alone midway through the period to preserve the 2-1 lead. Jones had allowed 11 goals on 54 shots the past three games, but responded well after coach Peter DeBoer showed confidence to go back to him once again.

San Jose then added an insurance goal when Goodrow got in front of Fleury and deflected Justin Braun's point shot in for his first career playoff goal.

The Sharks nearly added to the lead late in the period on the power play but somehow were unable to get the puck into the net after a mad scramble in front of Fleury. 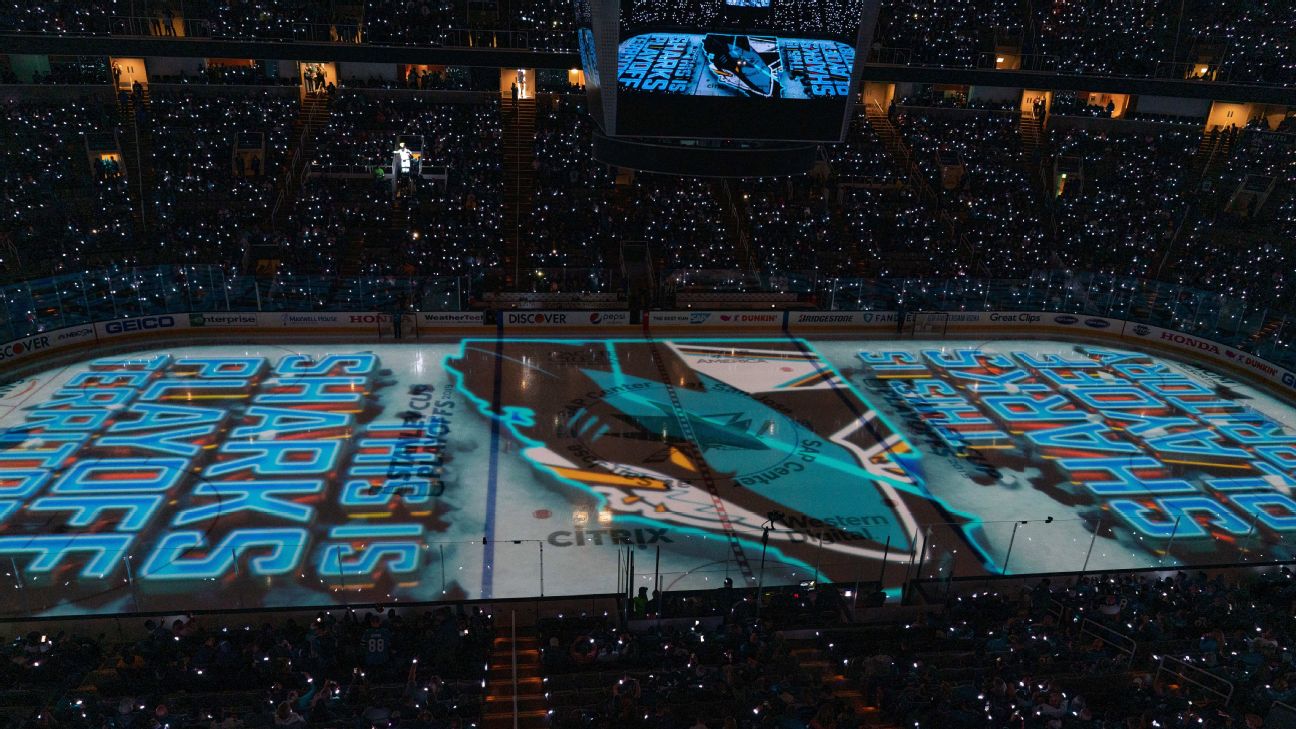