Sidney Crosby to sit out Penguins' opener vs. Caps on Thursday 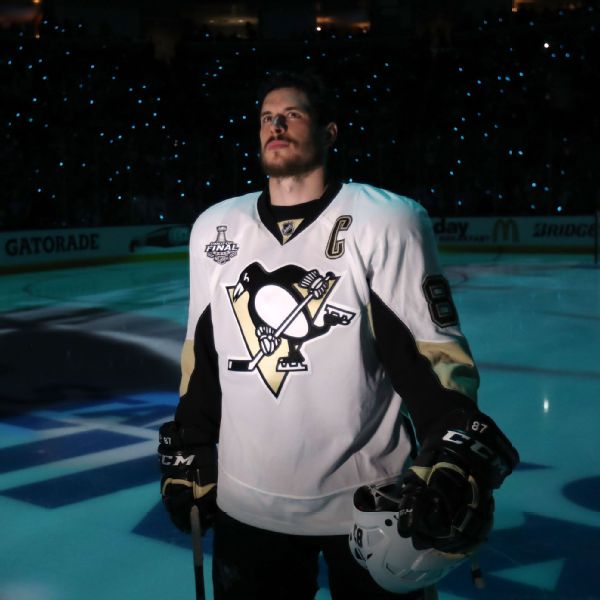 CRANBERRY TOWNSHIP, Pa. -- Pittsburgh Penguins captain Sidney Crosby will not play in the team's home opener Thursday night against the Washington Capitals as he continues his recovery from a concussion.

Crosby did join his teammates for practice Wednesday after working out vigorously with a trainer and goaltender on an adjacent sheet of ice for more than 30 minutes.

Crosby took one line rush wearing a normal jersey and then donned a yellow noncontact jersey, but stayed for the balance of the team's workout and was visibly upbeat during the workout.

"I'm always happy when I'm on the ice," Crosby told reporters after the workout. "I'm always happy. I've been through this before I don't get too caught up in every little step."

Crosby missed the team's preseason game against Columbus on Saturday and it was revealed Monday that he had been diagnosed with a concussion after practice on Friday.

Crosby, 29, missed significant time during the 2010-11 and 2011-12 seasons while recovering from post-concussion symptoms. News of his new diagnosis has created a ripple of concern throughout the hockey world.

Although he has now skated on consecutive days, Crosby said he knows enough not to try and read too much into it.

"It can go a lot of different ways," he said. "You're trying to find that range where you're stressing your body and testing it but not putting it in a position where you're going to not feel good. It's a fine line and just trying to make sure I progress."

Coach Mike Sullivan was likewise cautiously optimistic about Crosby's appearance with the main group of players on Wednesday. "He's obviously feeling well enough that he wants to join the team for practice and get involved in some of the flow drills and that's what we did," Sullivan said.

"We'll take it step by step and we're following the guidance of our medical team and we'll go from there, but he's certainly making progress and that's encouraging from our standpoint," the coach said.

Sullivan did rule Crosby out of the team's first regular-season game Thursday. Before that game the Penguins will raise their 2016 Stanley Cup banner to the rafters of the recently renamed PPG Paints Arena. The coach confirmed that Crosby will have to go through a full-contact practice before he is cleared to play in a regular-season game.

"There's obviously a protocol that's mandated that these guys follow," Sullivan said. "Part of it is you heighten their heart rates to a certain level, and as they make progress you add the intensity of their workouts and you see how they respond."

"That makes the most sense, to get him into contact drills and get him back into the intensity of a game-like environment so that when he does go back into the lineup, he's prepared to succeed."

Crosby is coming off a superlative 2015-16 season that saw him start slowly with just five points in October but finish with some of the best hockey of his career. He was named playoff MVP in helping the Penguins to a second Stanley Cup during his tenure with the team.

Crosby then led Team Canada to an undefeated run at the World Cup of Hockey last month. He led all tournament scorers and was named tournament MVP. 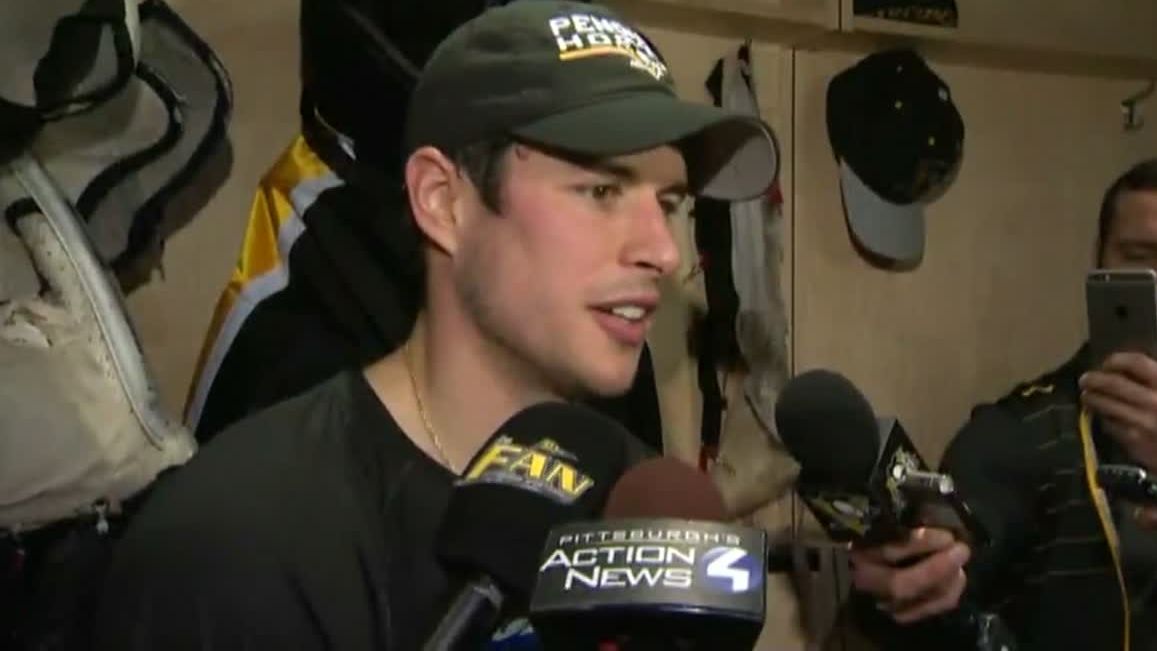 Crosby feels good recovering from concussion
Penguins captain Sidney Crosby shares how he is feeling after suffering a concussion in practice, as well as his mindset on if he's concerned about the lasting effects of an injury of this magnitude.
Related topics:
sportsespnwashington capitalsnhlpittsburgh penguinsconcussionsidney crosby
Copyright © 2021 ESPN Internet Ventures. All rights reserved.
More Videos
From CNN Newsource affiliates
TOP STORIES