Tom Brady will start vs. Bills 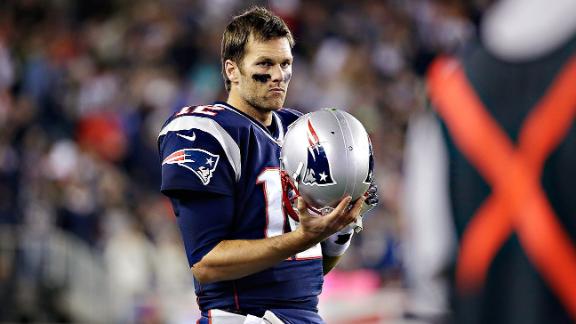 New England Patriots quarterback Tom Brady, despite being listed as questionable with an ankle injury, will start Sunday against the Buffalo Bills, according to league sources.

Brady injured his ankle during Friday's practice, when he rolled it on the foot of one of New England's interior offensive linemen, a source told ESPN.

Brady was limited for the rest of Friday's practice but the ankle injury is not expected to impact him Sunday.

"It's really not an issue," one source said.

New England listed Brady as questionable simply due to his limited involvement in Friday's practice.

Elsewhere on the injury front, the Patriots will be without Brady's man in the middle, rookie center Bryan Stork. Stork suffered a concussion on Thursday and did not participate in Friday's practice. Stork was listed as questionable Friday before being downgraded Saturday. The Patriots will have to shift around an offensive line that appeared to have finally found some continuity.

Information from ESPNBoston.com contributor Lee Schechter was used in this report.

Brady To Start Despite Ankle Injury
Sal Paolantonio reports from Ralph Wilson Stadium, where Tom Brady will start against the Bills despite being listed as questionable with an ankle injury.