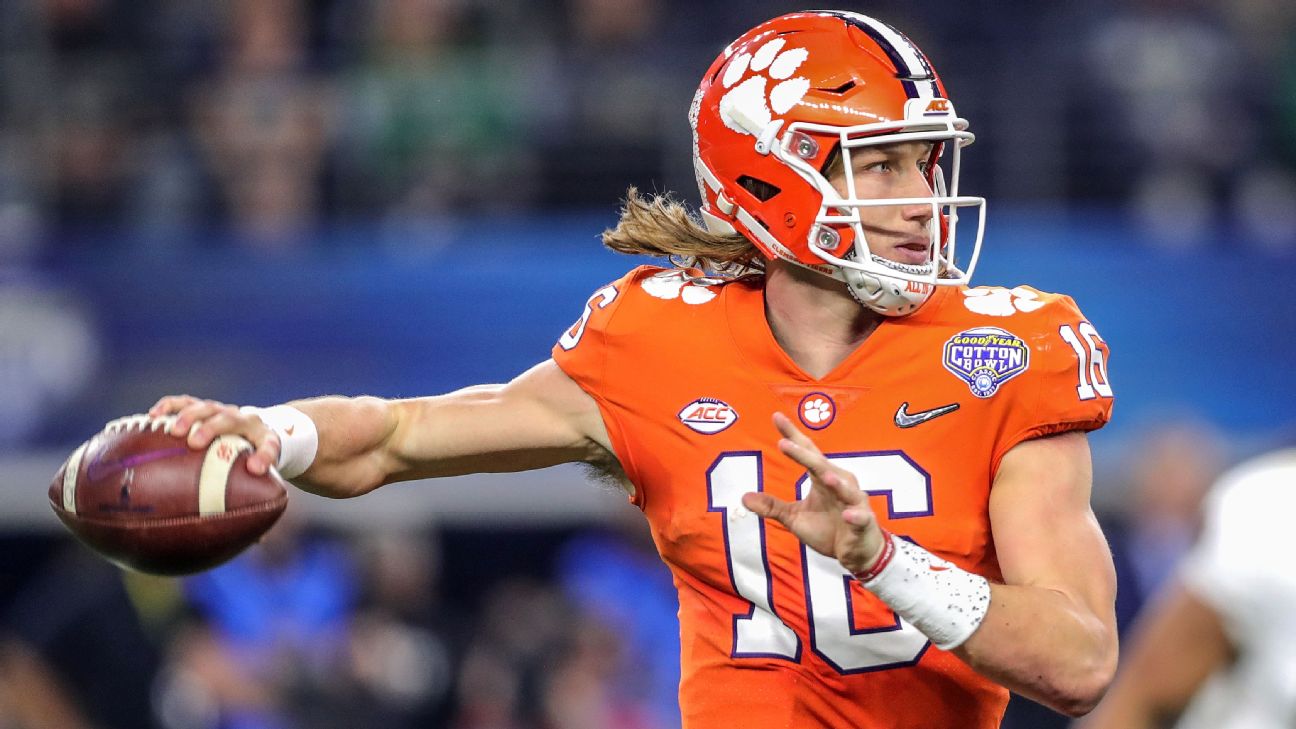 Remember all the fun we had debating Tua Tagovailoa or Kyler Murray for the Heisman in 2018? Well, get ready for the Tua-Trevor debate in 2019. But quarterback is hardly the only spot where there figures to be some fierce competition for positional supremacy next season, and because we have a lot of time to fill before we get to see live games again, we might as well get the All-America debate started early.

So, using a mix of past production and optimistic prognostication, here's our way-too-early look ahead to the 2019 All-America team:

Sure, Lawrence didn't even open 2018 as Clemson's starter, and yes, Tagovailoa, the Heisman runner-up, is back for Alabama in 2019. But here's our firm rule on "way too early" All-Americans: If you, as a true freshman, throw for 347 yards and three touchdowns in a dominant national championship performance against your top competition for this honor, you get the nod. Sorry, Tua. Better luck next season.

It's really a credit to Taylor that last season's 2,194 rushing yards -- the 13th most in history in a single season -- still felt a little disappointing. It's not that Taylor wasn't exceptional, of course. It's that Wisconsin fell flat, and Taylor's fumbles were timed poorly, and all of his greatness ended up being a bit overshadowed. Don't expect that to happen again in 2019. He might run for 2,500 yards and win the Big Ten.

Since he first arrived at Clemson two years ago, Etienne has averaged 7.8 yards per carry and rushed for 37 touchdowns. Those are some pretty insane numbers, but here's an even more impressive tidbit: If you counted only his runs of 25 yards or more (he has 25 of them), he has run for 1,037 yards in two seasons with the Tigers.

The reigning Biletnikoff Award winner, Jeudy leads all returning receivers in 2018 touchdowns (14) and is second to the other receiver on this list in yards (1,315). He did all that while sharing the load in Alabama's deep receiving corps, which only underscores what a dangerous weapon Jeudy is. For the 2018 season, only Iowa State's Hakeem Butler caught at least 50 passes and averaged more yards per reception than Jeudy.

Wallace led all Power 5 receivers with 1,491 receiving yards last season, quickly establishing himself as one of the Big 12's most impactful players. That he'll have a new quarterback getting him the ball in 2019 seems the only real question mark, as Wallace is primed for another huge season.

As a sophomore, Okwuegbunam saw his red zone targets dip a bit, but his overall production remained impressive. The Missouri tight end finished with 43 catches for 466 yards and six touchdowns despite playing in just nine games, and his 73 percent catch rate ranked second to Iowa's T.J. Hockenson among Power 5 tight ends.

A former top recruit, Little was a freshman All-American in 2017 and blossomed into an All-Pac-12 star last season. While Stanford's backfield was in flux throughout the season, Little was a steadying force up front, with the Cardinal rushing for better than 7 yards per carry to the left side, good for fifth nationally, before he went down with an injury and missed Stanford's bowl game.

While Tagovailoa's second-half heroics in the national championship game to cap the 2017 season is what most fans remember, Leatherwood, then a true freshman, actually came in to replace an injured Jonah Williams at left tackle and performed flawlessly. He picked up right where he left off in 2018, sliding over to right guard and blocking for one of the most explosive offenses in the nation. With three starters from last season's line moving on, Leatherwood becomes the clear leader and most experienced member of the 2019 Bama front.

Wisconsin averaged 6.45 yards per carry on runs up the middle in 2018, the third-best mark in the nation, and the combination of Biadasz at center and Taylor at tailback returns for 2019. In his two seasons at Wisconsin, Biadasz has started all 17 games at center for a Badgers team that has rushed for more than 3,500 yards between the tackles, the third-best total in the country.

For all the credit the skill-position stars got for Clemson in its rout of Alabama in the national championship game, the offensive line might've been the true star, holding the Tide without a sack. Several key contributors return for 2019, including the 330-pound Simpson, who proved to be a steamroller when run blocking last season, opening holes for a backfield that rushed for 3,723 yards, including 6.55 per carry, second best in the nation.

Thomas went from No. 40 recruit to freshman All-American in 2017 to All-SEC first team and an overall All-America candidate as a sophomore in 2018. Thomas started 13 games at left tackle for Georgia after starting 15 at right tackle the season before. Thomas was an integral part of a squad that had the second-lowest rate of pressures of any Power 5 offense and ranked seventh nationally in yards per rush.

This pick is a combination of talent and history, which suggests Thomas is about to become a superstar. Thomas' reps were limited behind longtime starters Austin Bryant and Clelin Ferrell, but he still finished with 10.5 tackles for loss and four QB hurries, and his sack of Syracuse's Eric Dungey proved to be one of the Tigers' season highlights. Then remember this: Clemson has finished top 10 nationally in sacks for five consecutive seasons.

A former five-star recruit, Wilson came into his own as a sophomore on Florida State's new-look defense, finishing the season with 42 tackles, 3.5 sacks, four QB hurries and two pass breakups on a unit that allowed just 3.3 yards per rush up the middle, good for ninth nationally.

Fotu's pedigree speaks volumes, as his older brothers both played college football (at Illinois and Arizona), but he might be the best of the bunch. At 6-foot-5, 323 pounds, Fotu is a monster in the middle of Utah's defensive front, helping the Utes hold opponents to just 3.6 yards per rush between the tackles last season, second only to Michigan State among Power 5 defenses. Fotu finished the season with 33 tackles, three sacks and two QB hurries.

One of college football's most productive pass-rushers in 2018, Epenesa led the Big Ten with 10.5 sacks, was fourth with 16.5 tackles for loss and second with four forced fumbles. He added four pass breakups and nine QB hurries to complete the dominant stat line.

Arizona's defense might not be a marquee unit, but don't overlook what Schooler has accomplished in two seasons in Tucson under two different coordinators. In 2017, Schooler was the Pac-12's Defensive Freshman of the Year, racking up 95 tackles, four sacks and 13.5 TFL. In 2018, he improved those numbers across the board. His 119 tackles ranked second among returning Pac-12 defenders, and his 21.5 tackles for loss were fourth nationally among linebackers. Schooler added 3.5 sacks, four QB hurries and four pass breakups, too.

Bachie's 102 tackles led the way for a Michigan State defense that was one of the most stout in the nation. Bachie was a first-team All-Big Ten linebacker and the key member of a unit that led the nation in rush defense, finished eighth in scoring defense and third in defensive efficiency.

A former top-50 recruit, Lewis has appeared poised for stardom since the day he arrived at Alabama. The question has always been health. Lewis played a reserve role in 2016 as a freshman before missing 10 games with an arm injury in 2017 and all of 2018 with an ACL tear. If Lewis is healthy for the 2019 season, he'll be making up for lost time -- which could be awful news for SEC quarterbacks.

As a freshman, Cisco proved to be one of the most dangerous defenders in the ACC, picking off seven passes, which tied for the national lead. More impressive, Cisco got better as the season progressed, with an interception in each of his final three regular-season games.

Arguably the most versatile defensive back in the nation, Delpit was a finalist for the Nagurski Award in 2018 for his work on a stout LSU defense. Delpit finished third among the Tigers in tackles (74), led all SEC defensive backs with 9.5 tackles for loss, and was one of just 15 players nationally to pick off at least five passes.

Adebo was a dominant force in Stanford's secondary in 2018, finishing with four interceptions and 23 passes defended, second to only Hall nationally. Adebo was a second-team All-American in his first season with significant playing time. His ceiling in 2019 is even higher.

It was a coup for Virginia to get Hall back for his senior season after he dominated opposing passing games in 2018. The Cavaliers' secondary was one of the country's most underrated units, and Hall's 24 passes defended -- the most nationally -- was a big reason why.

Szmyt's 30 field goals are tied for the second most in a season in FBS history. Szmyt was 3-for-3 on kicks from beyond 50 yards, and he connected on 10 of 13 overall from beyond 40, while also making all 61 of his PATs.

The only punter in the nation to average 50 yards per kick last season, Mann also led the nation in net punting (44.74 yards) and saw 20 percent of his punts downed inside the opponent's 10-yard line.

As electric a player as there was in college football in 2018, Moore finished fourth nationally in all-purpose yards with 2,215. He led Purdue in receiving with 1,258 yards and chipped in with another 213 on the ground and 744 on return duty. For the season, he finished with more than 150 all-purpose yards 10 times, including a massive 313 in his debut against Northwestern. 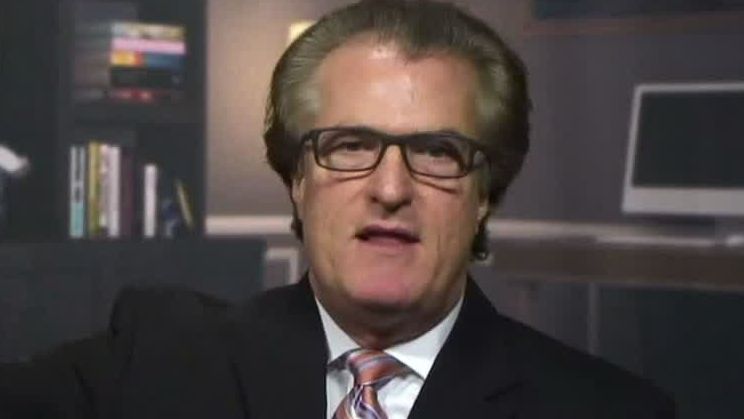