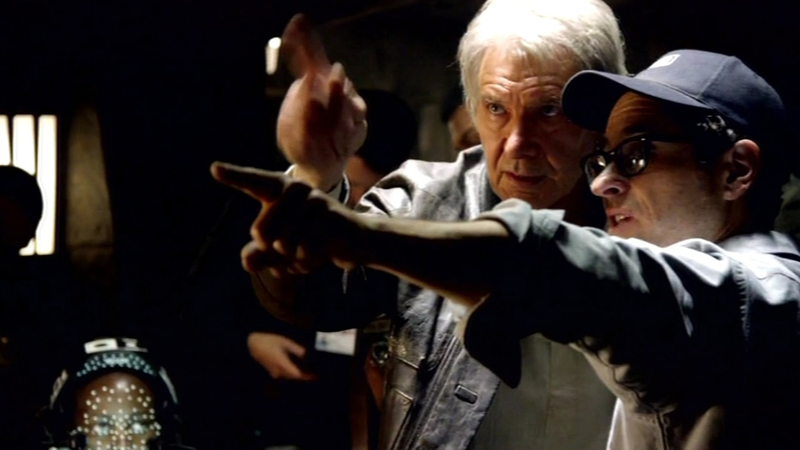 HOLLYWOOD, Calif. (KGO) -- "Star Wars," an industry until itself, has inspired lightsabers, t-shirts, and even toasters. Monday night marks the re-launch of the film franchise, 38 years after the first movie debuted.

There's excitement in Hollywood for the premiere of a highly anticipated film people know very little about.

"What I hate is when I go to see the movie and feel like the trailer told me everything," said director J.J. Abrams.

The plot has been kept largely under wraps, but fans can expect the return of actors and characters from the original trilogy.

Harrison Ford says he's more excited for this film than when he debuted as Han Solo in 1977 because back then, he says he couldn't have imagined the success "Star Wars" would go on to have.

"Now knowing that, it's a bit daunting," he said.

Carrie Fischer returns in a role she says she's never been able to shake.

There are also newcomers to the galaxy, playing heroes for a new generation as they themselves are overwhelmed by the legacy.

"Oh my gosh I'm literally shaking this is insane," said actor John Boyega while walking around the set.

There's a new bad guy, emphasis on so-called practical effects over computer generated ones, and of course there are everyone's memories of that first film

"I was just blown away, the pressure is absolutely enormous," said Abrams.