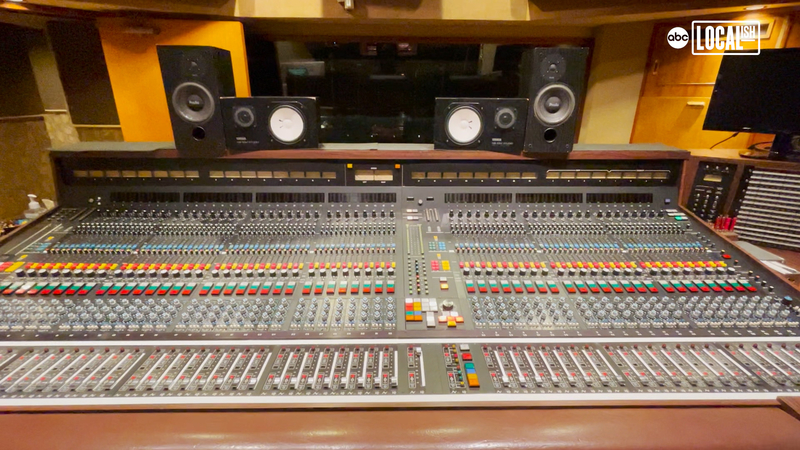 HOLLYWOOD -- It started as a studio making music for the Walt Disney Company but went on to host legendary rockers like Led Zepplin, The Rolling Stones and Van Halen.

Though the studio was intended for Disney music, it was still privately owned by Camarata.

Legendary artists like Prince, The Doors, The Beach Boys and Janis Joplin as well as contemporary stars such as Rage Against the Machine, Maroon 5 and Sheryl Crow have all recorded there.

"If the walls could talk, it would be pretty earth-shattering," said Sunset Studio President Paul Camarata.

Paul Camarata, Tutti Camarata's son, took over as owner in the '70s. He carried on the historic moments that happened in this studio.

According to Drew Dempsey, Sunset Sound Recorders Marketing Director, Janis Joplin had been in that studio the day that she died. And he said it was the last recording studio the Beatles were ever in all together.

"It's just simply so special to me and our fans and the bands that come through here," said Dempsey.