CREEPY-CRAWLY LOVE: What to watch out for during tarantula mating season

It is tarantula mating season in the Bay Area. It is that time of the year, when tarantulas leave their burrows in search for a mate

CLAYTON, Calif. (KGO) -- It is never too late to search for summer love and that is what the tarantulas are doing on the East Bay's Mount Diablo. Tarantulas live underground but when mating season occurs you can see the males looking for a mate.

Every year mating season takes place late August through the first week of October. The eight-legged creatures are found in the hills of Alameda, Contra Costa, Santa Clara Counties, but Mount Diablo has a reputation of being the tarantula hot spot.

"These creepy-crawly creatures may cause nightmares but they are nothing to be afraid of," said Ken Lavin, Naturalist for Mount Diablo Interpretive Association. "No one anywhere has ever been killed by a tarantula. They have little venom sacks that are not poisonous to people at all."

This time of the year you may see an increase of tarantula sightings on the trail or at home but tarantulas are not out to get you. They are harmless and are simply looking for love. If you happen to come across one of the not so itsy-bitsy spiders appreciate them from a distance and let them be. Lavin's well-known adage is "If you wish to live and thrive, let a spider run alive."

"The tarantulas are here all year but we don't see them usually," said Lavin. "Number one they are nocturnal and number two they are fossorial. It means that they live underground in burrows."

During mating season a mature male Tarantula, around the age of six or seven-years-old, will leave his burrow never to return. His last mission in life is to find a female tarantula.

"He never goes home again, he goes out looking for another female and all the while getting thinner and thinner because he leaves his burrow," said Lavin. "He's not going to find any food and usually around Halloween is the end of the life for the males."

Female tarantulas can live up to twenty-five years of age and stay in their burrows most of their lives.

"The burrow goes down about a foot, it is a very big hole," said Lavin. "They are kind of "L-shaped" and hide at the bottom. When she is hungry she will come up towards the top and just wait for something to walk by."

Tarantulas make spinnerets at the lip of the burrow and will shake if something is close by which indicates that its dinner time.

When a male tarantula finds a burrow he simply taps on top of the burrow to let the female know that he is ready to mate.

"Scientists are constantly puzzled how they ever find the female burrows. It is a problem when your eyes are pointing straight up," said Lavin. "Somethings are just blind luck and some think that female throw out little strands of silk with pheromones, like little spider perfume, on it to help them."

The female tarantula will come running out of her burrow with her rear out. The male hooks her fangs using the stirrups on his front legs. The male will lay her down gently before he runs off in search of another mate.

The female returns to her burrow and makes a sheet of silk where she will lay over a hundred eggs. On sunny days she fastens the sheet into a basket and carry the eggs to the lip of the burrow for warmth. She will continue this process until the eggs hatch.

"They stay with mama for about one molt and then it is time to move on," said Lavin. "The hundred or so that leave mama's burrow only about two or three will grow up to be adults."

To join the next hike is search of tarantulas visit the Mount Diablo Interpretive Association website. 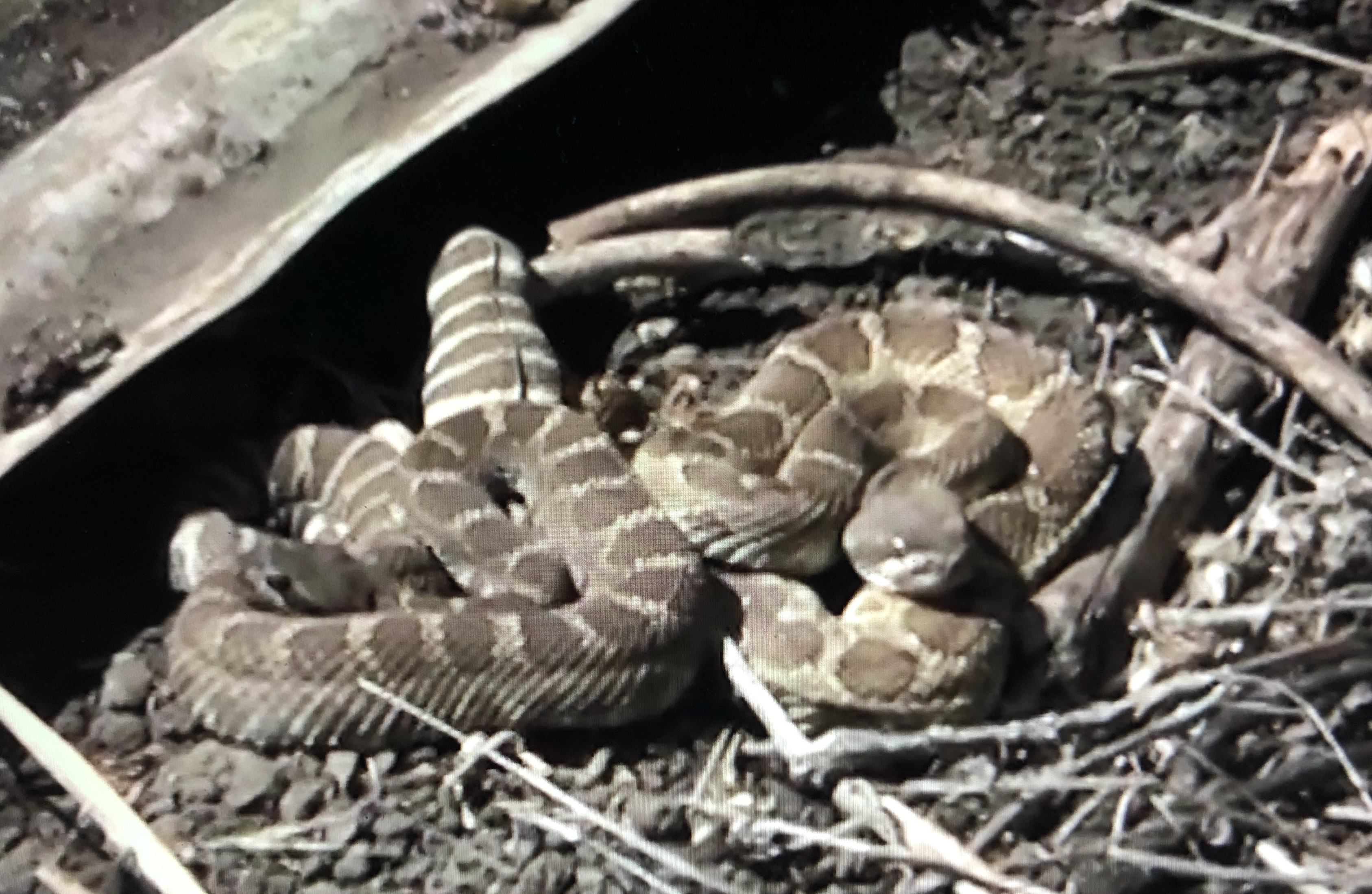 "This is their home": How to stay safe during rattlesnake season from a snake expert