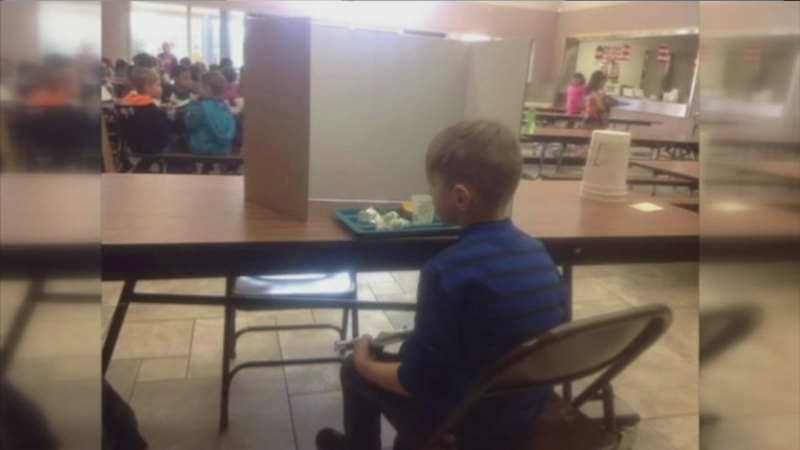 Boy shunned for being tardy

GRANTS PASS, OR -- An Oregon elementary school is changing its policy regarding tardiness after an image of a 6-year-old boy being punished for being late went viral.

Hunter Cmelo, a first grader at Lincoln Elementary in Grants Pass, was forced to sit alone behind a divider at lunchtime. School district officials said it was part of the principal's punishment plan for students who are tardy.

Someone took a photo and Cmelo's grandmother posted it on Facebook. She encouraged others to share the photo and soon it went viral, with many commenting that the tactic was far too harsh.

Speaking with Newswatch 12, Cmelo's parents admitted their son is late quite often, but they say it is due to his mother's recent health issues and troubles with the family car. They said the reasons for their son's tardiness are almost always beyond his control and called the protocol a form of bullying.

The superintendent of the school, John Higgins, and principal Missy Fitzsimmons began receiving threatening and harassing phone calls because of the photo. Higgins explained to Newswatch 12 that she believes students get caught up on missed work in the program. However, on Thursday, they opted to change the punishment.

"What I see (in the original Facebook picture) is a reason for us to take a closer look and see if there's a better way to structure this learning time, so that we can get kids caught up so that there's no actual or perceived isolation or stigmatizing," said Higgins. "I think the emotional reaction would've been like any parent whenever you see a child in a unique learning environment, and it's your child, (it) can trigger some questions."