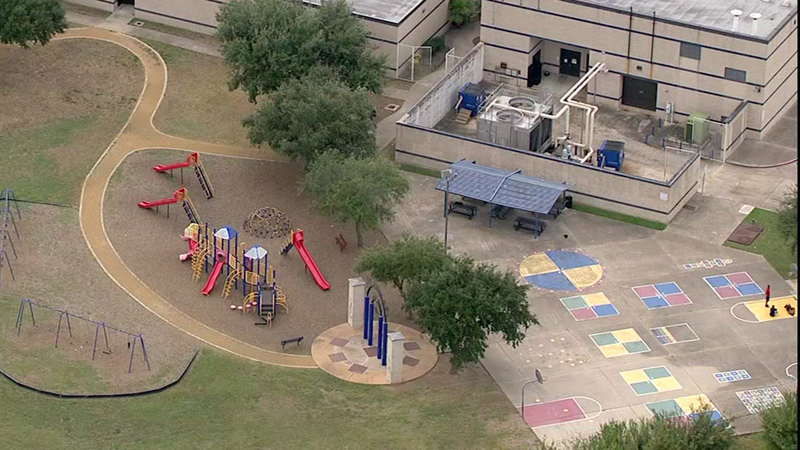 HOUSTON -- A teacher accused of punching a second grader in an Alief ISD elementary school hallway is off the job.

Lisa Allison, 48, has been charged with injury to a child. She's accused of hitting the student at Landis Elementary School earlier this month.

According to court documents, the student was being noisy in class when Allison says she asked him to leave the classroom. She told Alief ISD police that the child was kicking lockers in the hallway, so she went to escort him to the office. Surveillance video reportedly shows the pair struggling before Allison can be seen punching the boy in the face.

The second grader told police that Allison told him, "I'm tired of you." He says she then grabbed him, punched him, pushed him down to the floor and sat on him. Administrators came into the hallway and told Allison to get off the student. The boy walked calmly as he was escorted the rest of the way to the office.