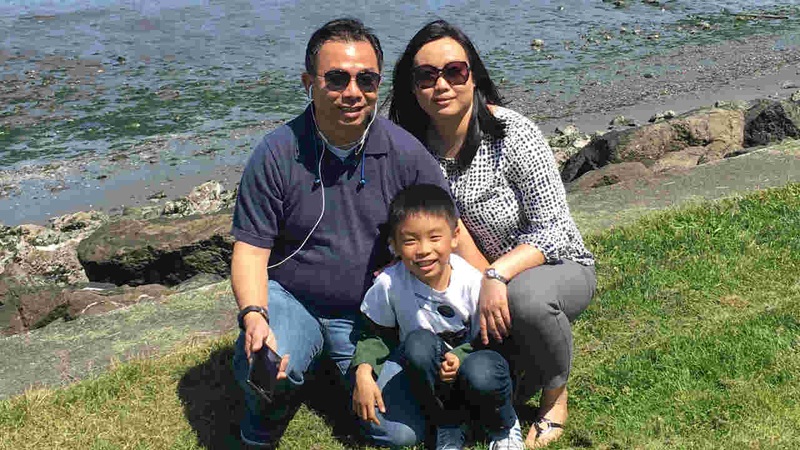 SAN JOSE (KGO) -- The mother of a South Bay woman fighting cancer has been granted a visa to visit her daughter in San Jose, the family said Tuesday night.

Trinh Phan, 33, is in San Jose's O'Connor Hospital with terminal lung cancer. Her family is trying to arrange a reunion of Ms. Phan with her mother in Vietnam, but the U.S. Embassy in Ho Chi Minh City had denied the mother a temporary travel visa.

The daughter of Ms. Phan's sister-in-law, Katherine Le, launched a petition drive on Change.org, which collected over 15,000 signatures. That got the attention of San Jose Congresswoman Zoe Lofgren, who contacted the State Department and wrote to President Trump to reconsider the visa denial on compassionate grounds.

Lung cancer patient Trinh Phan and her son David are seen in this undated image.

Ms. Phan is a non-smoker and with husband Young Nguyen has an eight-year-old son David. She became a U.S. Citizen in 2010 after immigrating from Vietnam in 2003.

"She's lost over 50 pounds of her body mass within a relative short period of time. Since her arrival at just not Santa Teresa Kaiser Hospital but here at O'Connor, she has lost over 25 pounds already, and that's in less than two weeks," Kandice Nguyen said.

Family spokesperson Kandice Nguyen says Trinh's mother in Vietnam had been turned down several times for a visa over concerns she might overstay her visit. The family says she will return home to care for her ailing husband and their grandchildren.

"She realizes that her mother will not be able to contain her own emotion, but the reunion is one that will be momentous for our family and in particular for Trinh, her husband Young, and her son David," Kandice said.

A spokesman for Rep. Lofgren's office says temporary visas can be routinely denied, but in this case, Ms. Phan's mother, Nguyen Thi Hoa, is not a potential overstay risk because she cares for her husband in Vietnam. The Congresswoman has a letter posted on the Change.org website thanking individuals for signing the petition.