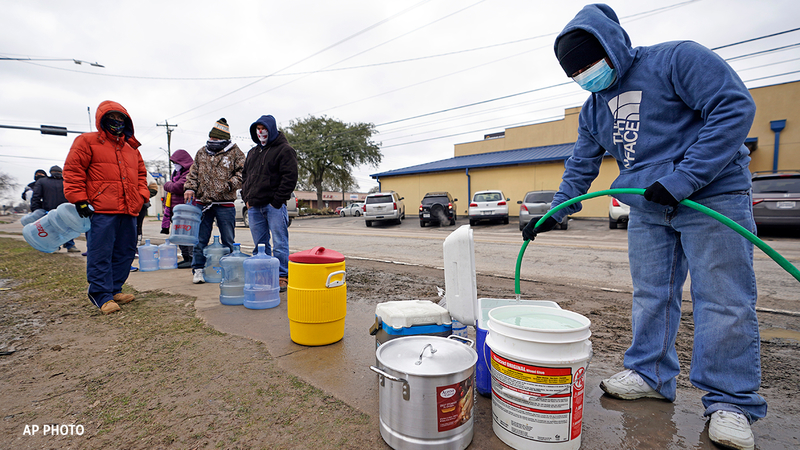 President Joe Biden said he will sign the major disaster declaration that Texas Gov. Greg Abbott requested in the wake of the winter storm that paralyzed the power grid and impacted the water supply throughout the state.

With the major disaster direction, the president is directing Health and Human Services, Housing and Urban Development, the U.S. Department of Agriculture and the Department of Defense to identify any other resources they can provide to help the needs of Texans, in addition to the help that FEMA has already provided.

The major disaster declaration is separate from the emergency declaration he signed ahead of the storm this past Sunday.

Biden also said on Friday that he'll make good on a planned visit to Texas as long as he isn't a burden to the crews on the ground.

"I had planned on being in Texas the middle of next week, but what I don't want to be is a burden," Biden said, alluding to the preparation it takes to welcome in a sitting president to any town. "If in fact it's concluded that I can do without creating a burden for the folks on the ground when they're dealing with this crisis, I plan on going."

In Friday's announcement, Biden additionally evoked a promise that he expressed when he emerged victorious in the presidential election.

"As I said when I ran, I'm gonna be a president for all America, all: red, blue. There's no red or blue. It's all about commitment to the American people that people make to one another, so we're gonna sign that declaration once it's in front of me," Biden said.

Biden concluded that his plans to visit Texas should be made clear by Monday.

Who's to blame for massive power outage caused by a historic winter storm across Texas? We asked Gov. Greg Abbott and here's his response.