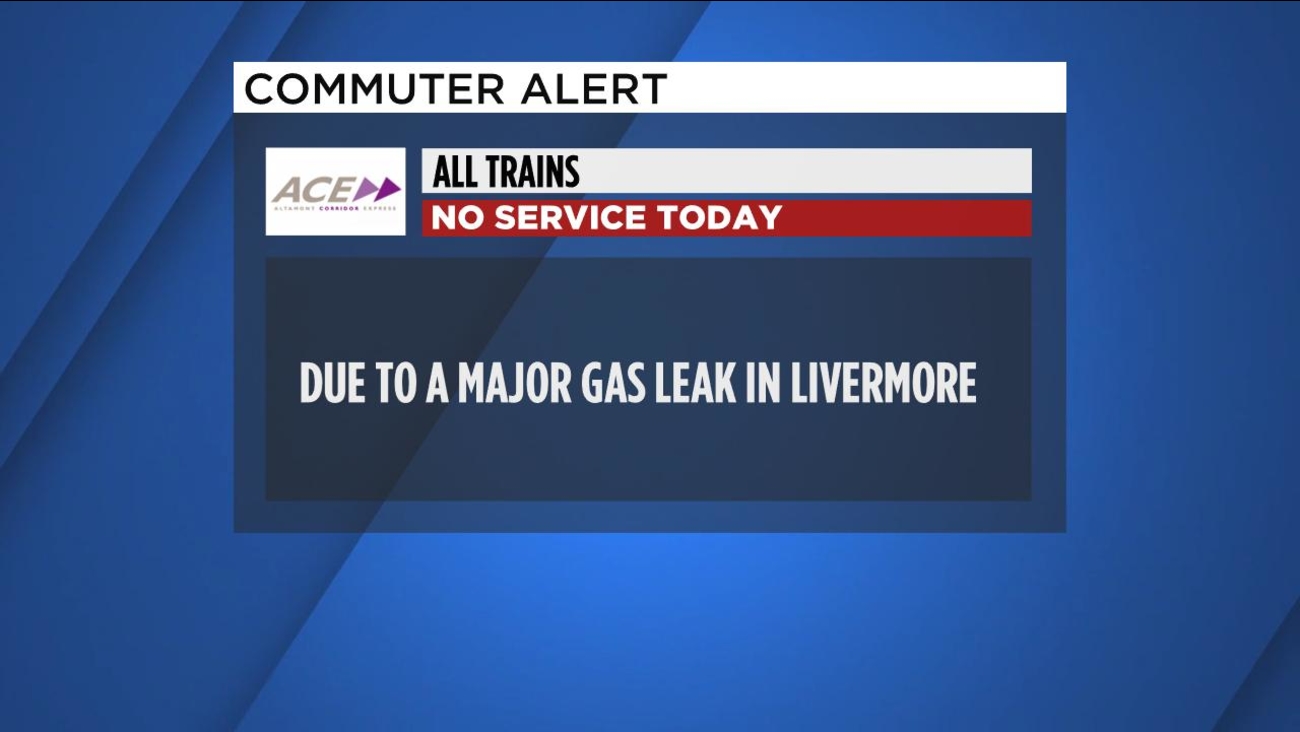 LIVERMORE, Calif. -- Altamont Commuter Express trains are not running Thursday due to a gas leak near Livermore, according to officials.

An ACE official said the Union Pacific Railroad contacted the Bay Area commuter railway around 4 a.m. to let them know of a six-mile stretch of tracks that was closed to rail traffic due to the leak.

The leak won't be fully repaired until Thursday afternoon, ACE officials said, leading to the full cancellation of service.