KGO
By Lyanne Melendez
SAN FRANCISCO (KGO) -- Twenty people were hurt Friday when a big-rig truck hit a Muni light rail train at Third Street and Innes Avenue in San Francisco. The driver tried to make an illegal left turn and was struck by the Muni vehicle directly behind him.

A huge triage was set up at the scene to treat passengers. Eleven people were transported to the hospital, some with minor injuries and others, with more serious injuries. Some people were treated on the scene and released. 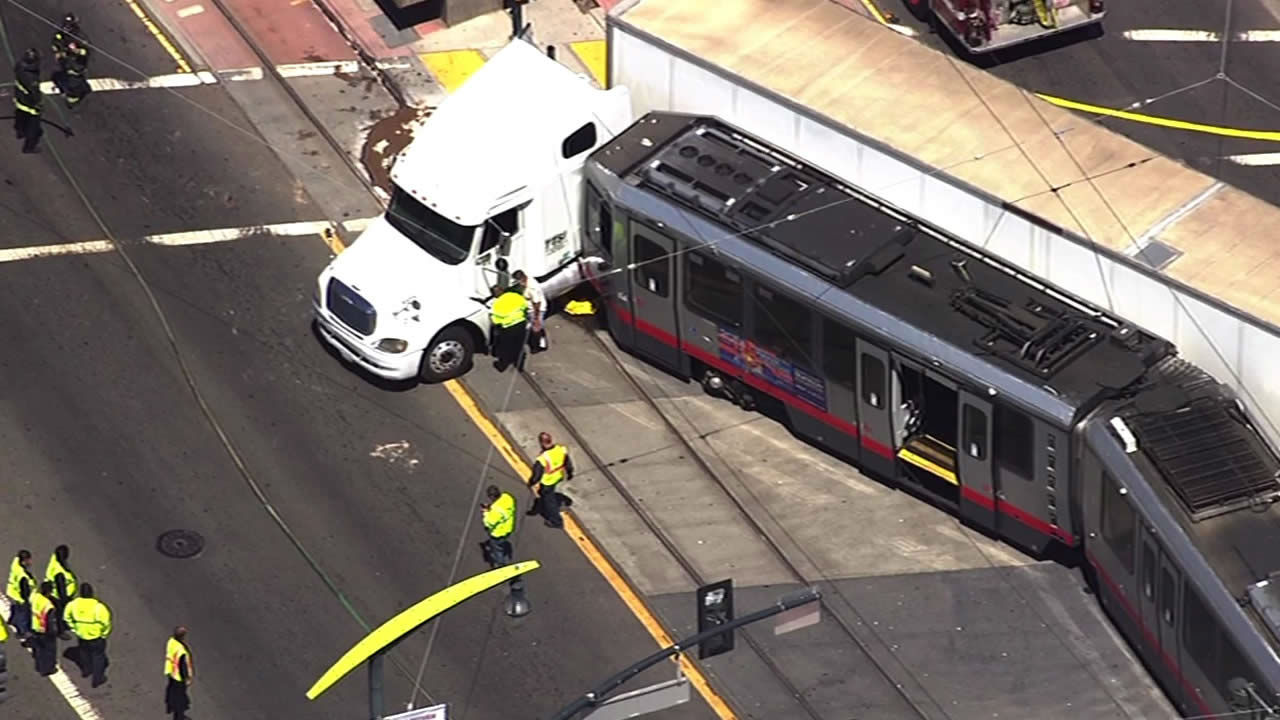 "I'm not hurting that bad, but it was a bad shock," one man said.

"We felt a really big brake and then saw the glass shatter on the side," another passenger recalled.

The big-rig was leaking gas for a while, but there was no apparent danger.

Witnesses in the area and on board were interviewed by police and it has now been determined that the driver of the truck tried to make a left turn on Third Street which clearly is not allowed. There are signs to that effect.

"There is a 'No left turn' sign posted clearly there and both vehicles were in motion and basically, the 18-wheeler turned in front of the Muni," SFPD spokesman Albie Esparza told ABC7 News.

"I tried to deal with the traffic. What happened was I got too close to the train," truck driver Juan Godinez said.

Even though it has been determined that driver was at fault, he has not been cited.
Related topics:
trafficsan franciscobayviewtransportationhospitalmuniaccidentcrash
Copyright © 2021 KGO-TV. All Rights Reserved.
More Videos
From CNN Newsource affiliates
TOP STORIES
Here's how to get 'walk-up' vaccine at Oakland Coliseum