COVID-19 commuting: Traffic getting closer to pre-shutdown levels, but peak periods are shifting

Traffic getting closer to pre-shutdown levels, but peak periods are shifting

SAN FRANCISCO (KGO) -- The week after Labor Day usually means the start of Bay Area commute gridlock as summer vacations end and schools resume. But nothing about Bay Area traffic is normal now.

New data obtained by ABC7 News from the Metropolitan Transportation Commission (MTC) shows traffic levels on some peak commute routes are close to what they were before the COVID-19 shutdown orders. However, the beginning of the morning commute has shifted significantly later and afternoon traffic jams, while still occurring, don't last as long as before the shutdown.

The MTC uses data from Bay Area toll bridges as a barometer of what is happening to traffic around the entire region.

ABC7 News requested an hour-by-hour breakdown of traffic on all the bridges for Tuesday, September 8 - the day after Labor Day - to see how it compares to last year.

RELATED: Some working parents consider leaving workforce amid pandemic -- here's how they might get paid leave
EMBED More News Videos

PARENTS DROPPING OUT, GETTING PAID: Some working parents are considering leaving their jobs during the pandemic because they aren't able to access child care. Here's how some could qualify for paid leave.

ABC7 News has been working with the MTC since March 2020 to see how traffic patterns have changed as a result of the COVID-19 shutdown.

In our last report from July, the data shows overall Bay Area traffic was at about 80% of normal.

The new September data showed overall traffic has been holding steady at 80 to 85% of normal since mid-June.

"Looking at the day following Labor Day, I see that, like so many other things in 2020, this year is weird!" said John Goodwin with the MTC.

RELATED: Can you catch COVID-19 from riding in an elevator? Experts weigh in on risks
EMBED More News Videos

COVID-19 ELEVATOR RISK: Can you catch coronavirus from riding in an elevator? An expert says yes, but doing these certain things can keep you safe.

Traffic all but disappeared in the Bay Area on March 17, the first day of COVID-19 shutdown orders, but after a couple of weeks, some people started getting back on the road.

"From early April, really through most of June, there was quite a surge," explained Goodwin. "We went from 50% of normal, if you will, into this 80% of normal range."

"That might be at least in part because congestion pricing has been suspended temporarily," explained Goodwin. "There used to be a toll discount if you pass through the plaza before 5 a.m. Now it's $6 dollars all the time."

RELATED: Would you leave the Bay Area and move to Oklahoma for $10,000? Hundreds of remote workers are trying to
EMBED More News Videos

Move to Oklahoma for $10,000? Hundreds of Bay Area remote workers are trying to do just that and for many it's not just about the money

In the afternoon - the long backups getting out of the city and onto the Bay Bridge are definitely back, but they don't last as long as before the pandemic, which is consistent with the July data.

Moving down to the South Bay, bridge traffic seems to show a lot of people are still working from home.

"They have continued at traffic volumes way below those on the other bridges," said Goodwin.

The San Mateo-Hayward Bridge is at 64% of last year - and the Dumbarton Bridge is all the way down at just 56%. On the day we tracked traffic in mid-July, those bridges were at 61% and 54% of normal respectively.

Goodwin believes that this could be due to many tech companies in the region embracing working from home even before the shutdown began, then announcing they would continue remote work for many months.

RELATED: Is your company spying on you? Digital surveillance tools track your productivity when working from home
EMBED More News Videos

But less traffic is not a good thing for everyone.

"We reckon the next five (years) are going to be really tough, and that's not just toll bridge revenues, but this is based on the sales tax revenues that are used to finance transit or county transportation projects in the nine Bay Area counties," said Goodwin.

The traffic level on the Golden Gate Bridge on September 8 was about 60% compared to last year.

Because of that, the Golden Gate Bridge district faces a big challenge because tolls are down and the district uses toll money to subsidize bus and ferry service, which is operating even though ridership is way down since the start of the pandemic.

The district just announced a new round of bus service reductions. But for now, they are designed so officials can quickly add service back, when and if both demand and funding return.

If you have a question or comment about the coronavirus pandemic, submit yours via the form below or here.Get the latest news, information and videos about the novel coronavirus pandemic hereRELATED STORIES & VIDEOS:
Report a correction or typo
Related topics:
trafficsan franciscooaklandsan mateorichmondmarinbuilding a better bay areacarscommutingtrafficdrivingtraffic delay
Copyright © 2021 KGO-TV. All Rights Reserved.
RELATED 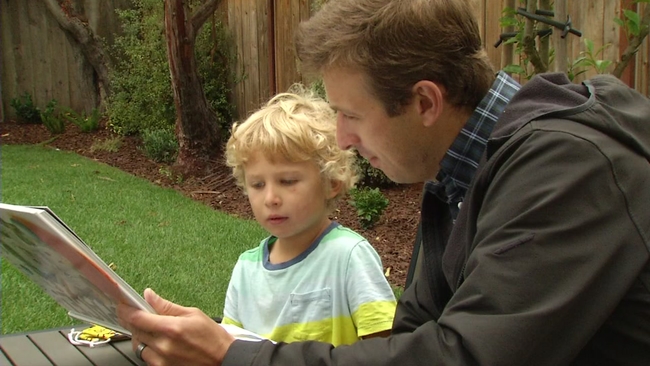 Some working parents consider leaving workforce amid pandemic
Can you catch COVID-19 from riding in an elevator? Experts weigh in 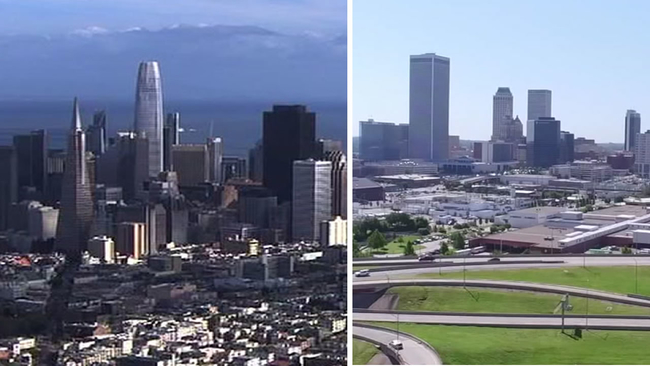 Would you leave the Bay Area and move to Oklahoma for $10K?
BUILDING A BETTER BAY AREA