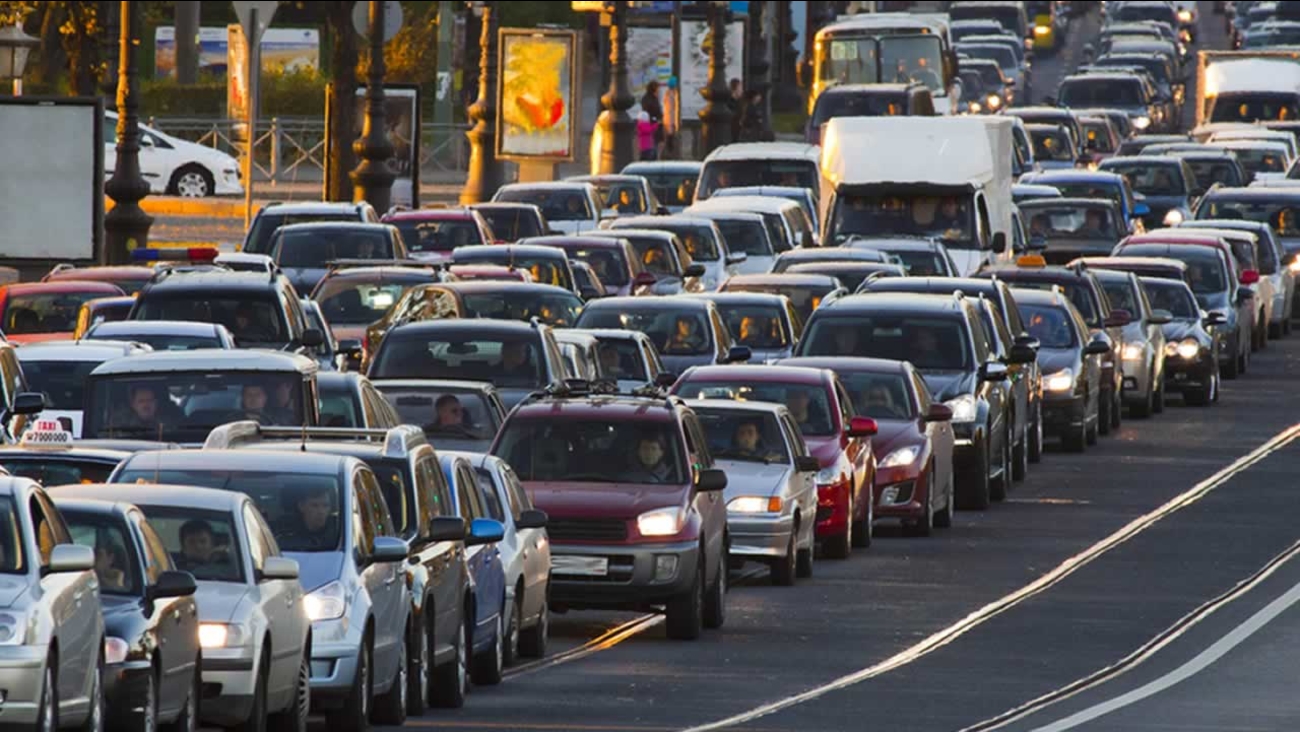 Traffic is backed up in a city in this undated photo. (Shutterstock)

SAN FRANCISCO (KGO) -- A new traffic study puts the Bay Area's largest cities as amongst the worst in the country. Additionally, the study found that people who drive spend around 200 hours on the road a year.

WalletHub crunched numbers from the 100 most populated cities in the U.S., taking into account things like traffic and road conditions and the cost of owning and maintaining a car.

Scottsdale, Arizona is ranked number one and the best city to drive in according to the study. Washington DC is the worst at 100.

San Francisco also ranked poorly for the likelihood of getting into a collision.

Considering that some of us drive through several of those cities to commute, it's ugly to say the least.