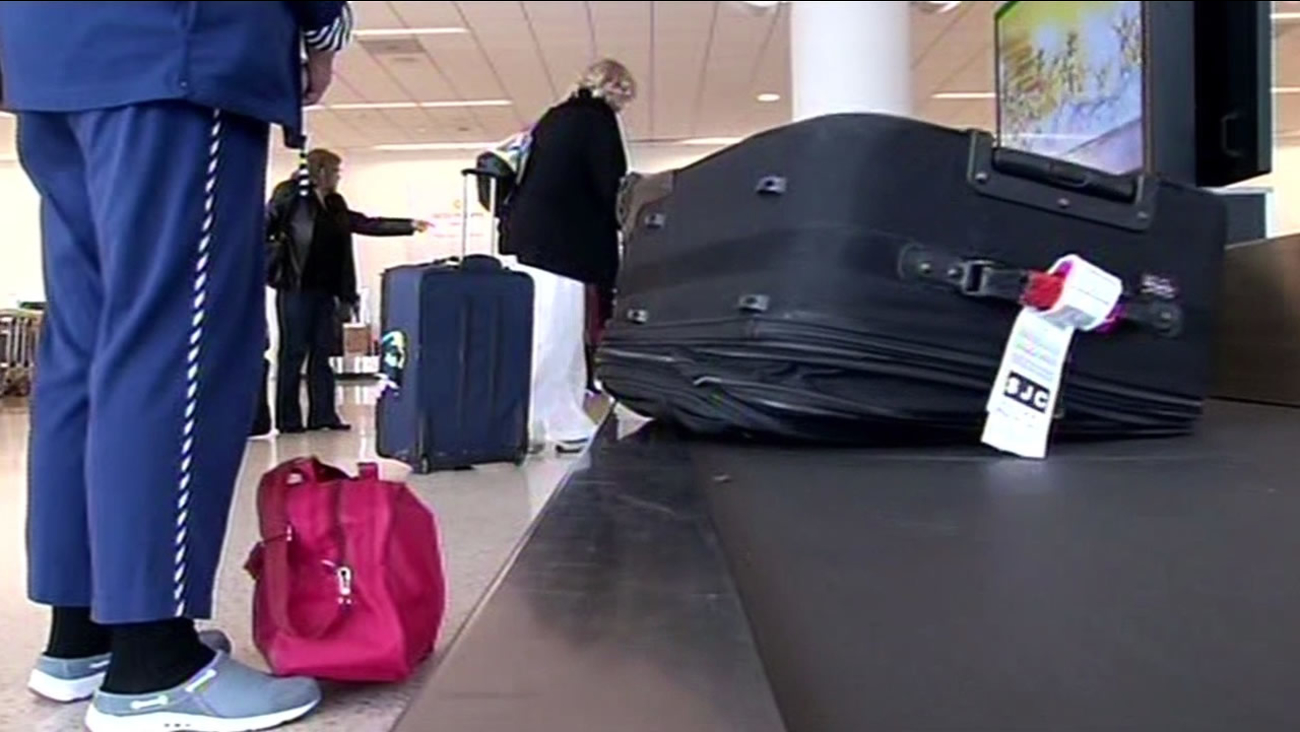 A suspected thief caught on video with someone else's luggage at Mineta San Jose International Airport has passengers on edge. (KGO-TV)

SAN JOSE -- A failure to secure some checked baggage after it was screened at Mineta San Jose International Airport caused a terminal to be evacuated today, according to preliminary information from the Transportation Security Administration.

Travelers numbering about 200 were asked to leave Terminal A at about 4:15 p.m. so it could be checked to be sure it was safe, airport spokeswoman Rosemary Barnes said.

TSA officials said as of 5:30 p.m. operations were back to normal after nothing dangerous was found.

"As a result and out of an abundance of caution, TSA cleared and swept Terminal A with negative findings," the TSA's Carrie Harmon said.

Airport officials said passengers should check with their airline to see whether there are any delays.

In Terminal A are gates one to 16.

Passengers traveling on a number of airlines including Aeromexico,

Security personnel re-screened all passengers and their bags before letting them back into the terminal.